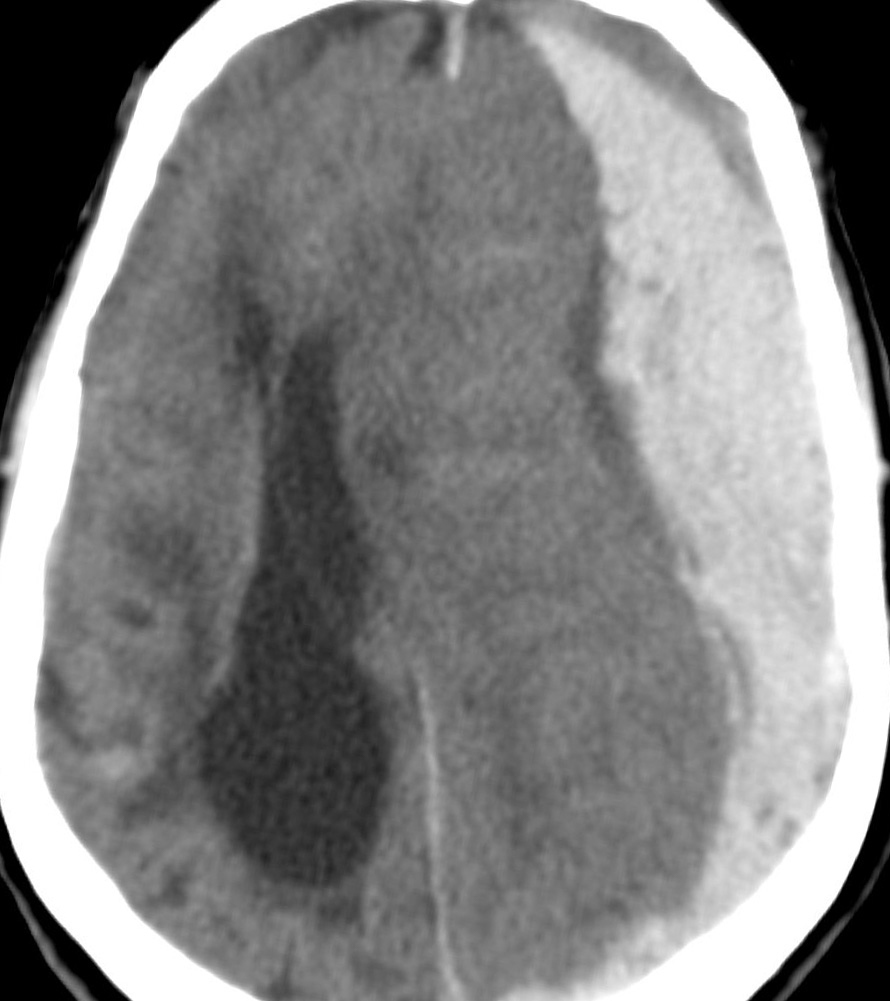 Figure 1: Subdural hematomas can become quite large as on this head CT. Even though a component of this hematoma has a convex-medial appearance, the other characteristics (crossing the sutures and wrapping around the parenchyma) are define this as a subdural rather than epidural hemorrhage. This patient also has significant midline shift indicating subfalcine herniation. The right lateral ventricle is dilated, representing hydrocephalus, obstructed at the foramen of Monro. 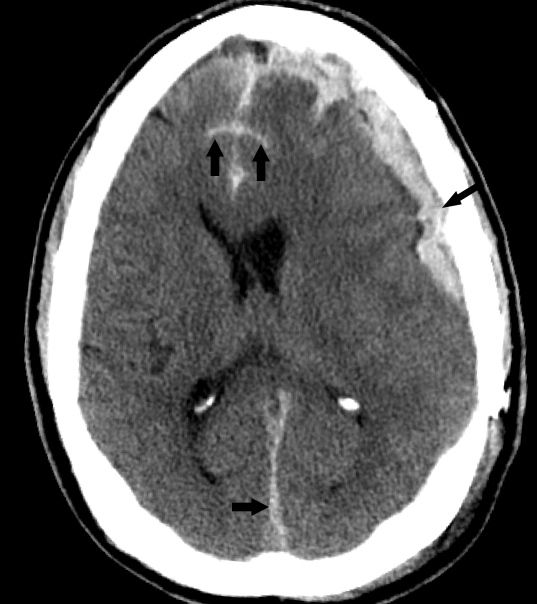 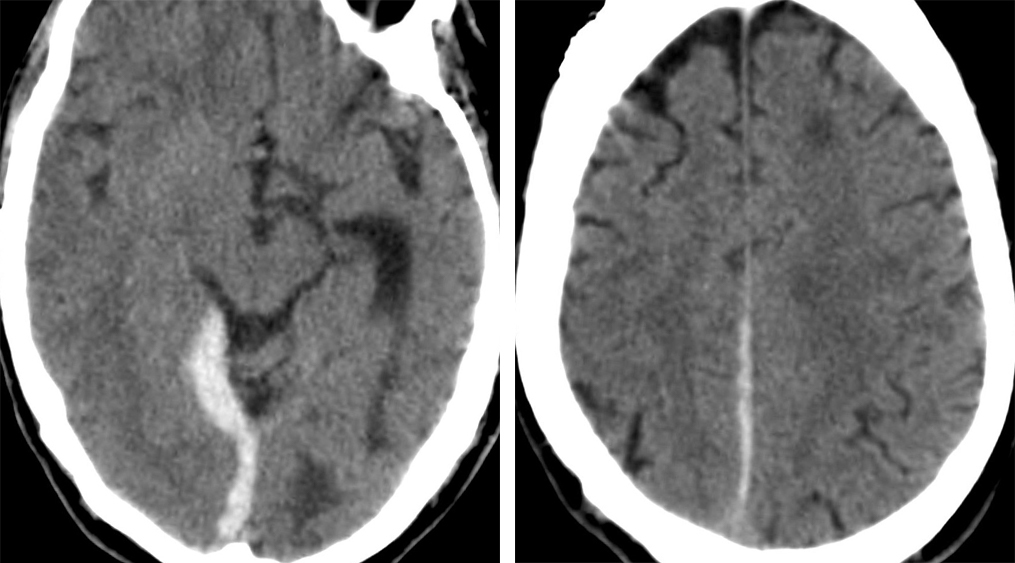 Figure 3: The acute posttraumatic subdural hematoma in this patient is seen on CT along the right tentoral leaf (left) and along the posterior aspect of the falx (right). Careful attention to the density and thickness of the falx can aid in detection of even very thin hematomas that may have prognostic implications in an otherwise normal study. Calcifications along the falx may have a similar appearance but are usually less dense. 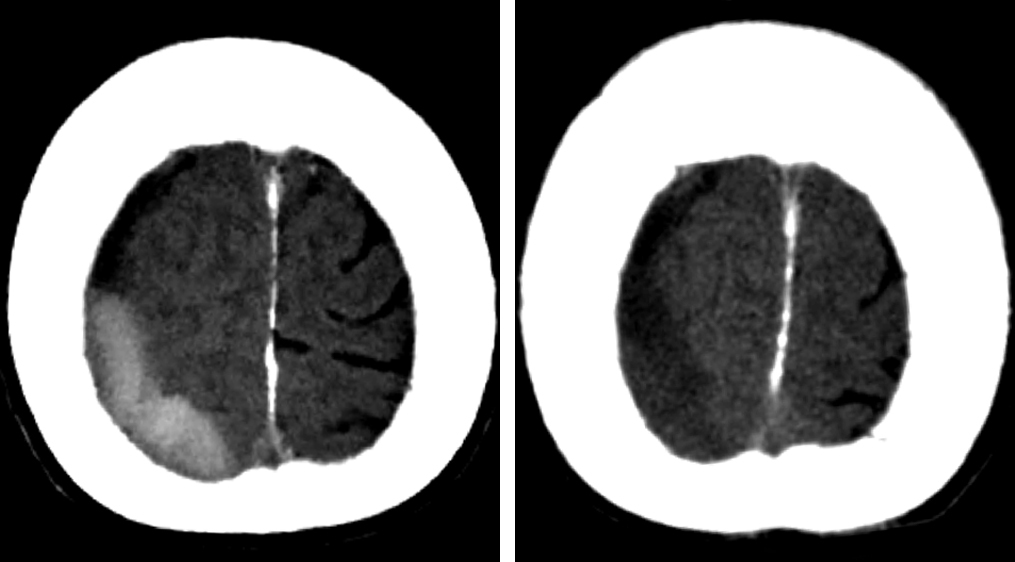 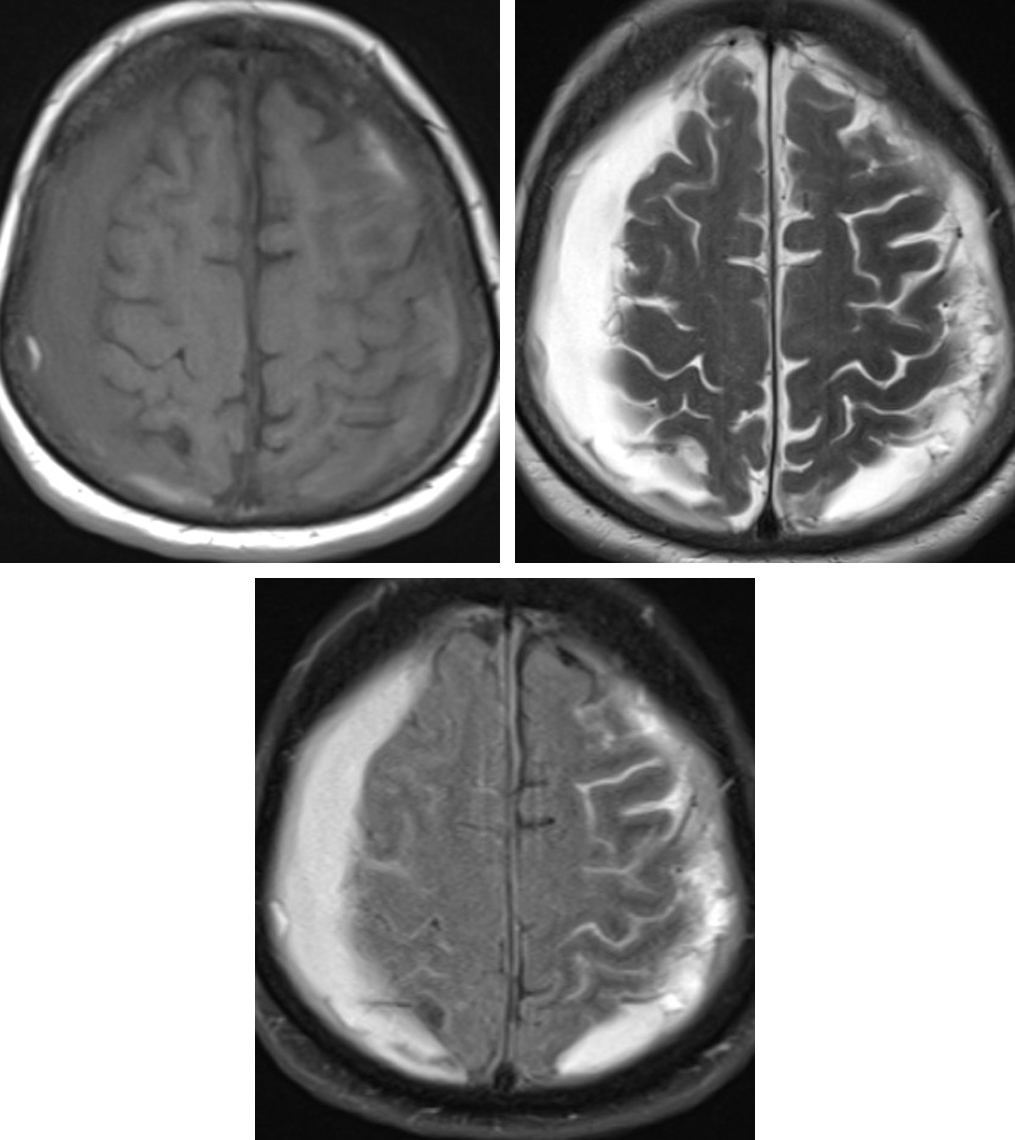 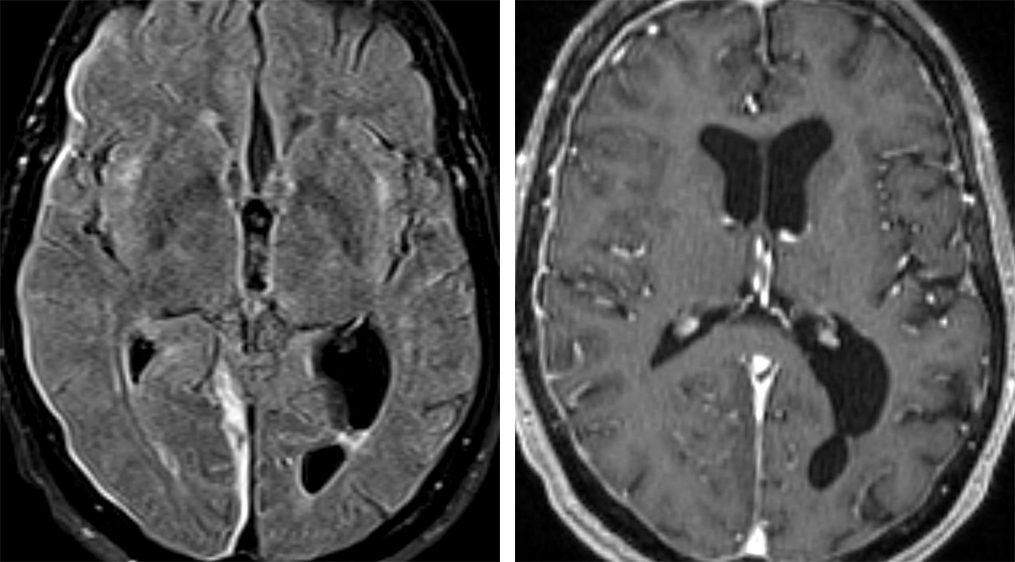 Figure 6: This thin FLAIR-hyperintense early chronic subdural hematoma (left) wraps around the right cerebral hemisphere. There is associated enhancement of the dura on contrast-enhanced T1 weighted image (right) that likely represents granulation tissue and hyperemia reactive to the hematoma.