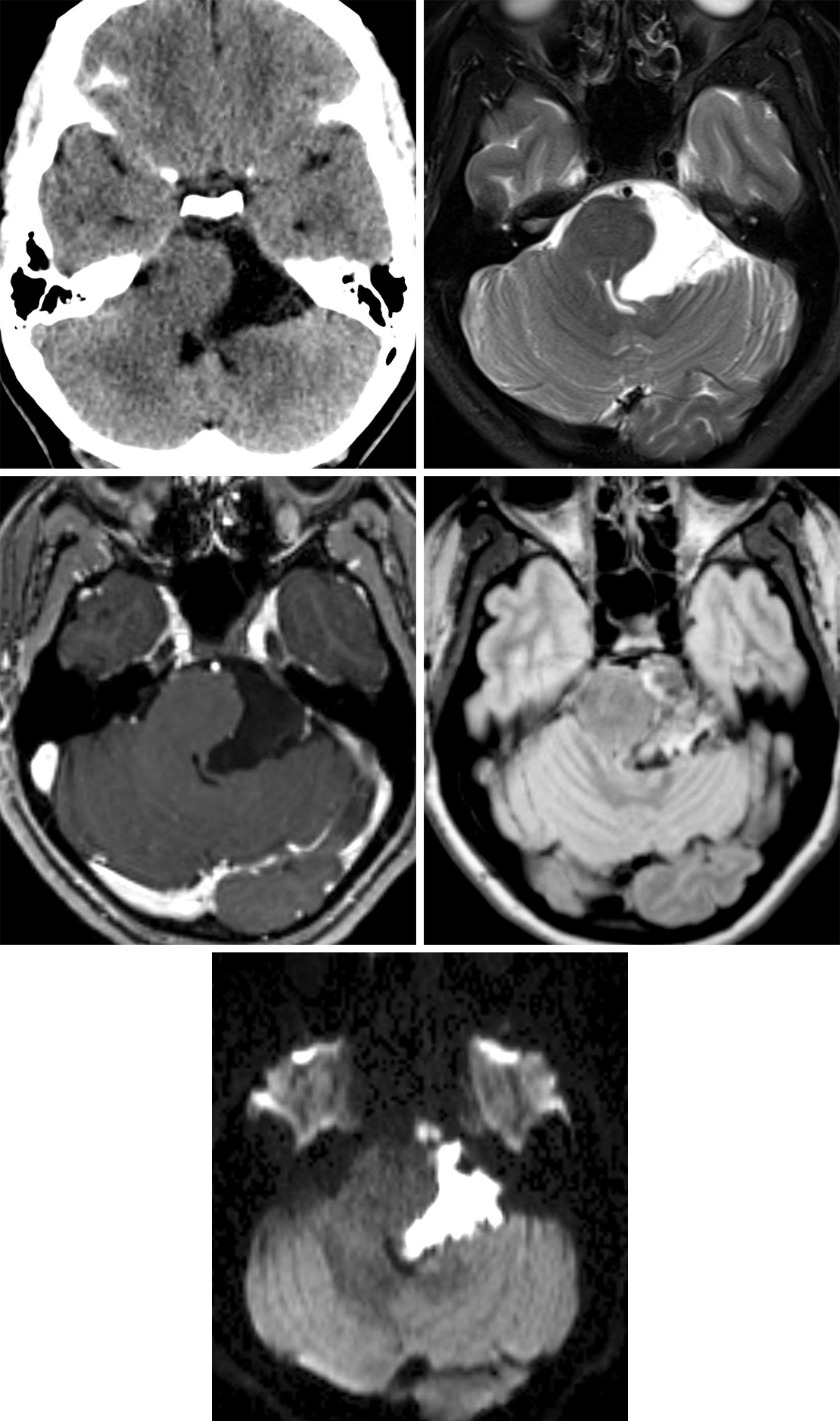 Figure 1: (Top Left) A low-density lesion in the left cerebellopontine angle on CT could represent a number of lesions, including arachnoid cyst or epidermoid cyst. T2WI (top right) and T1WI postcontrast (middle left) give little additional diagnostic information, with the lesion still matching CSF signal. (Middle Right) FLAIR imaging, as in this case, often demonstrates an epidermoid cyst to have different signal than CSF. (Bottom) Diffusion-weighted imaging is the most helpful sequence with these lesions, demonstrating often dramatic hyperintensity. 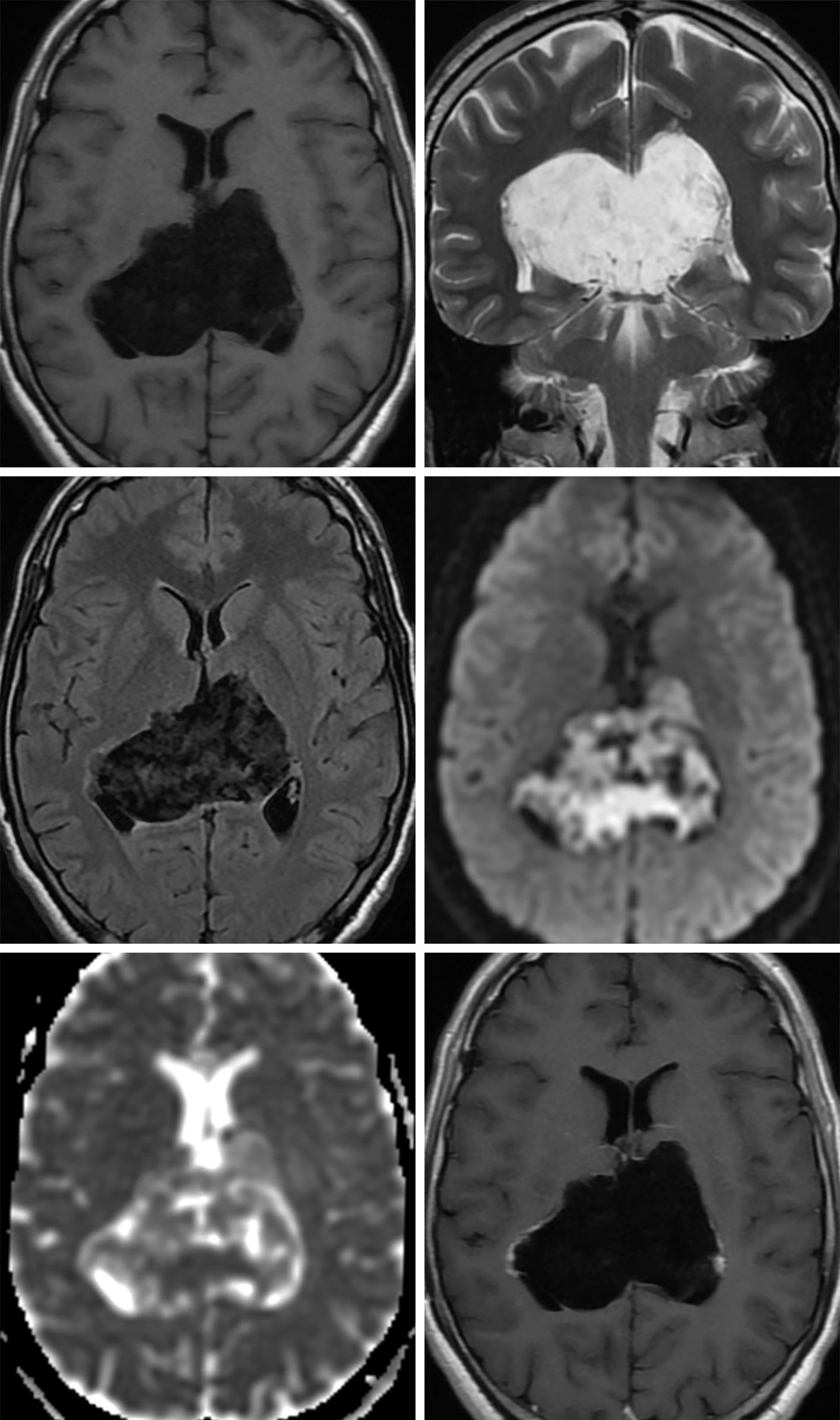 Figure 2: This large epidermoid cyst looks similar to CSF on T1-weighted (top left) and T2-weighted (top right) imaging, but its identity as a possible simple cyst should be questioned given the degree of heterogeneity that is often visible on FLAIR (middle left). Diffusion restriction visible as bright signal on DWI (middle right) and dark signal on ADC (bottom left) is the hallmark of epidermoid cysts and can greatly help to differentiate them from other simple cysts, such as arachnoid cysts. (Bottom Right) This epidermoid cyst has a small amount of nodular contrast enhancement in the periphery, a finding that is present only rarely.