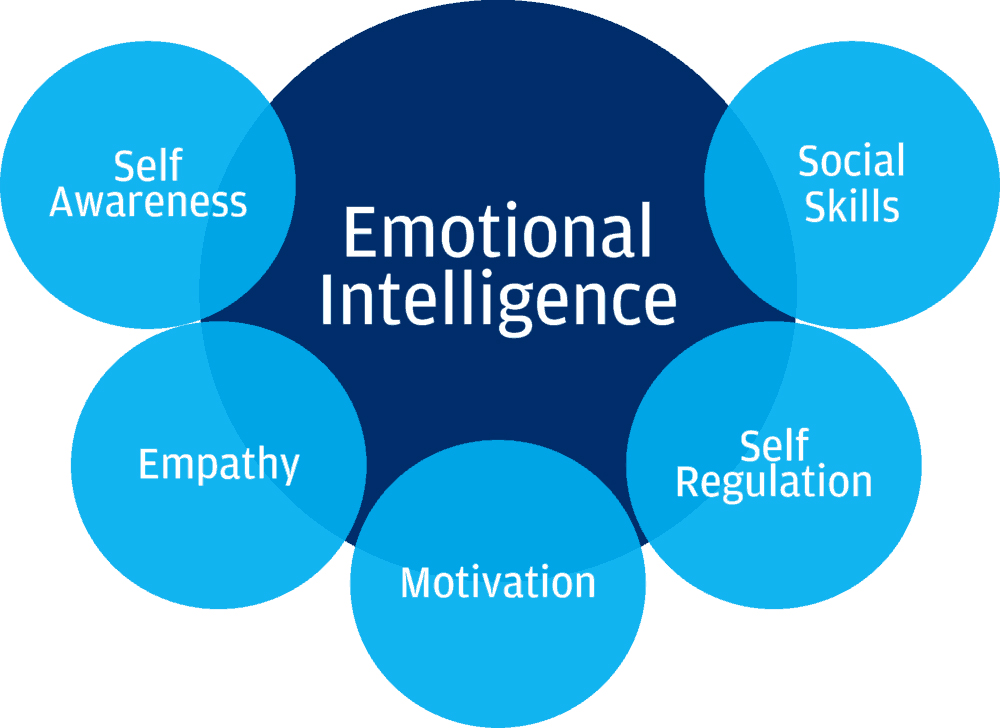 Emotional intelligence (EI) is the ability to perceive, understand, and regulate emotions in oneself and others. Introduced into formal scientific parlance in the 1990s,1 EI was popularized by the publication of Daniel Goleman’s best-selling book on the topic, entitled Emotional Intelligence: Why It Can Matter More Than IQ.2 As a construct, EI gained early traction in the field of business management, where it has been shown to predict job performance and leadership skills.2,3 EI has drawn subsequent attention from medical researchers interested in the relationships between emotion processing, medical training, and patient care.4–7

Neurosurgeons strive to deliver care that is clinically sound and emotionally responsive to the needs of their patients and families. In the process, a neurosurgeon routinely meets his or her own emotional obstacles in a professional context that is famous for its unrelenting pace, work–life imbalance, and constant intellectual rigor. In addition, the intuitive value of emotional connection must be weighed against the need for neurosurgeons to detach themselves from emotional suffering to accomplish the task at hand in the operating room. In light of this complexity, in this article we aim to introduce the general construct of EI and situate it within the scope of routine neurosurgical practice, resident training, and surgeon well-being.

WHAT IS EMOTIONAL INTELLIGENCE?

According to seminal work by Peter Salovey and John D. Mayer, both psychologists, EI is defined as an “ability to monitor one's own and others' feelings and emotions, to discriminate among them, and to use this information to guide one's thinking and actions.”8 This definition posits EI as a form of intelligence encompassing a set of interrelated abilities (or “competencies”) that can be learned and strengthened through training. According to Mayer and Salovey,9 the following 4 hierarchical branches constitute the theoretical foundation of EI (from least to most complex) (Fig 1A):

Daniel Goleman, a noted psychologist and New York Times writer, broadened this definition to include a set of personality traits and dispositions that underlie EI. His model included the following 5 core competencies10 (Fig 1B): (1) self-awareness, (2) self-regulation, (3) motivation, (4) empathy, and (5) social skills.

To frame our subsequent discussion, emotional skills, attitudes, and knowledge states that facilitate EI are presented in Table 1. Readers should note that the terms emotional intelligence (EI), emotion quotient, and emotional competence are each represented in the literature, and previous commentaries have criticized the unclear distinction between these entities, which are often used interchangeably.11

Figure 1. (A) The Mayer and Salovey 4-branch model of EI9 as a form of intelligence that encompasses a hierarchical set of 4 core abilities. (B) Five-component model of EI as a collection of personality traits.10

Compared with the literature on EI in the corporate world, relatively little has been published about the role of EI in medicine. Arora et al4 performed a systematic review of EI in the context of the 6 core Accreditation Council for Graduate Medical Education residency curriculum competencies (ie, patient care, medical knowledge, problem-based learning and improvement, interpersonal and communication skills, professionalism, and system-based practice). They examined 16 peer-reviewed articles (11 focused on residents, 4 on medical students, and 1 on medical school applicants) and found that EI was reported to correlate with improved teamwork and communication, doctor–patient relationships, empathy, and stress management. Satterfield and Hughes12 reviewed the literature on EI in undergraduate medical education and identified 5 randomized controlled trials that reported positive effects of emotional skills training on communication, empathy, and use of supportive patient-directed language.

Emerging evidence has linked EI with improved job satisfaction and well-being and decreased burnout rates among resident physicians,13–15 as well as increased patient satisfaction.16 The nascent literature exploring EI in surgical fields includes a study that documented low scores on an EI questionnaire among orthopedic surgery residents17 and a presidential address that discussed the role of EI in vascular surgery.18

Dr V is a third-year neurosurgery resident starting a neuro-oncology rotation. His first appointment of the day is a follow-up visit with Mr J, a 53-year-old man who recently immigrated with his family to the area. Mr J presented to the hospital a few days ago after experiencing several weeks of progressive speech difficulty, minor headaches, and occasional memory lapses. He underwent outpatient magnetic resonance imaging (MRI) yesterday, and Dr V has just received the results.

Opening the radiology report, Dr V’s concerns are realized: “Large, heterogeneously enhancing lesion in the posterior left temporal lobe, concerning for malignant glioma.” As he prepares to discuss the results with Mr J, Dr V reflects on his own mother’s long battle with glioblastoma, having fought the disease until her death just last month. Briefly overcome by traumatic memories, Dr V takes a moment to collect his thoughts and calm his breathing.

Now composed, Dr V enters the room and greets Mr J, his wife, and his 2 school-aged sons. Dr V calls for a language interpreter to help facilitate conversation with Mr J’s wife, who speaks Spanish. Mr J sits anxiously as his wife tightly grips his hands. Mr J’s sons stand uneasily by the examination table. Dr V, feeling the weight in the room, flashes back to the day he sat with his mother as she received her diagnosis. He brings his focus back to Mr J and confirms his preference to discuss the results with his family by his side. He asks Mr J for permission to begin.

The following breakdown of the clinical vignette in reference to Goleman’s 5-component model of EI illustrates EI in neurosurgical practice:

Beyond the immense knowledge base and technical skills that they must acquire, neurosurgeons need to function as an effective team leader (see Leadership Principles). EI is a fundamental skill that generalizes across a wide range of leadership positions, and neurosurgery would seem to be no exception. Having the ability to communicate effectively, inspire a team, and serve as a leader within the operating room during hours of high stress requires tremendous emotional skill. Neurosurgeons must be able to motivate colleagues around a shared vision of the treatment plan, procedural goals, and potential pitfalls.

Becoming an emotionally intelligent leader requires one to sense the mood of a colleague or group and adopt a communication style that suits that particular audience. EI is also required to navigate the everyday difficult conversations that arise between colleagues, patients, and families. As highlighted in the vignette, Dr V is the person in charge of setting the stage and creating an environment that is attentive to the emotional needs of the patient and his family. If colleagues are brought into the scenario (eg, language interpreter, member of the nursing team, etc.), Dr V assumes an interprofessional leadership role and must be able to orient the team to the emotional situation at hand.

Personal competence with regard to EI consists of self-awareness and self-regulation. The importance of self-awareness is familiar to most people, but the limitations of introspection and self-reflection are often overlooked. As a consequence, forming an accurate perception of one’s own mental and emotional states can be incredibly challenging. In particular, it is often difficult to recognize how our emotional state affects our behavior, and how our continuous stream of discursive thought influences our actions. Introspective techniques such as mindfulness and meditation can help overcome these “blind spots” by establishing a clear link between thoughts arising in consciousness and the emotional states that they elicit. The first step toward a more self-aware state of mind, therefore, is recognizing the connection between thoughts, emotions, and behaviors (see Situation Awareness).

Self-regulation is the second component of personal EI competence. Self-regulation offers immense benefit for neurosurgeons, especially given how emotionally draining the profession can be because of the high expectations placed on them by colleagues and patients. When practicing appropriate self-management, inner emotional conflicts are minimized and clarity in managing external situations evolves. This evolution optimizes efficiency and adaptability while promoting a more considerate approach toward one’s own emotions, which frees one’s senses and attunes them to the emotions of others. Self-regulation is also an important skill in conflict resolution and resident teaching, because losing control of one’s emotions can create an environment of distrust and contempt.

Being a neurosurgeon results in an incredibly demanding lifestyle.19 Over the years, these demands can wear a person down. A 2015 study found that more than half of US physicians are experiencing professional burnout20 (for further details on burnout and how to avoid it, refer to Dealing with Burnout). Having EI is essential when demands become overwhelming, because it provides appropriate coping mechanisms. In fact, a study by Lin et al.14 found a direct correlation between EI and psychological well-being and an inverse relationship between EI and depression, emotional exhaustion, and depersonalization.

Within the framework offered by Goleman, EI can promote well-being and decrease burnout in several ways:

We all should aim to enhance our EI. Some suggestions for attaining this goal, as Goleman outlined in his article, include the following: