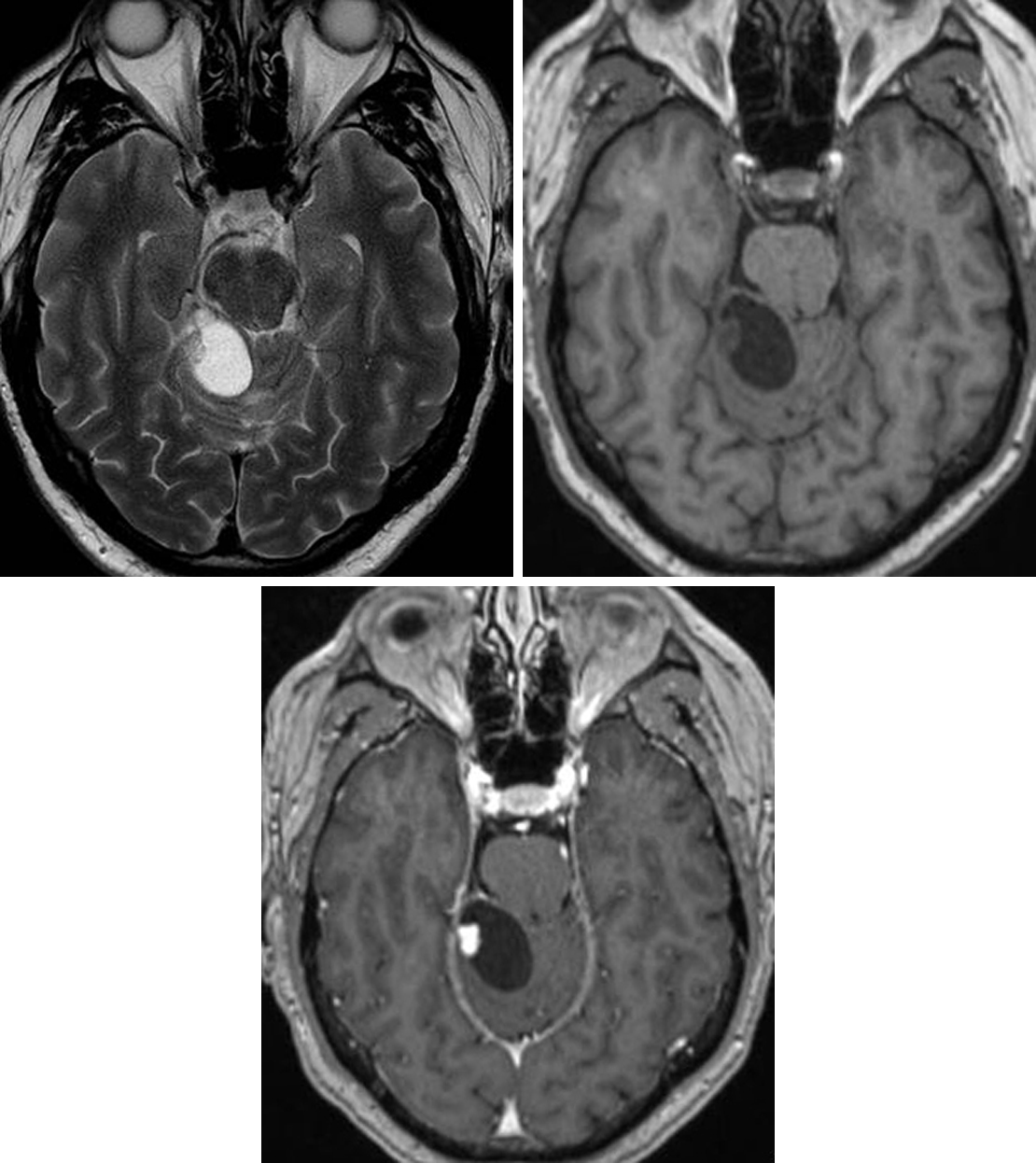 Figure 1: (Top Left) The cystic appearance is typical of this HGBL on T2WI. Note the posterior fossa location. The mural nodule is visible on T1WI but becomes much more evident after administration of intravenous contrast (bottom) due to its avid enhancement. The lack of enhancement in the cystic rim is also typical. 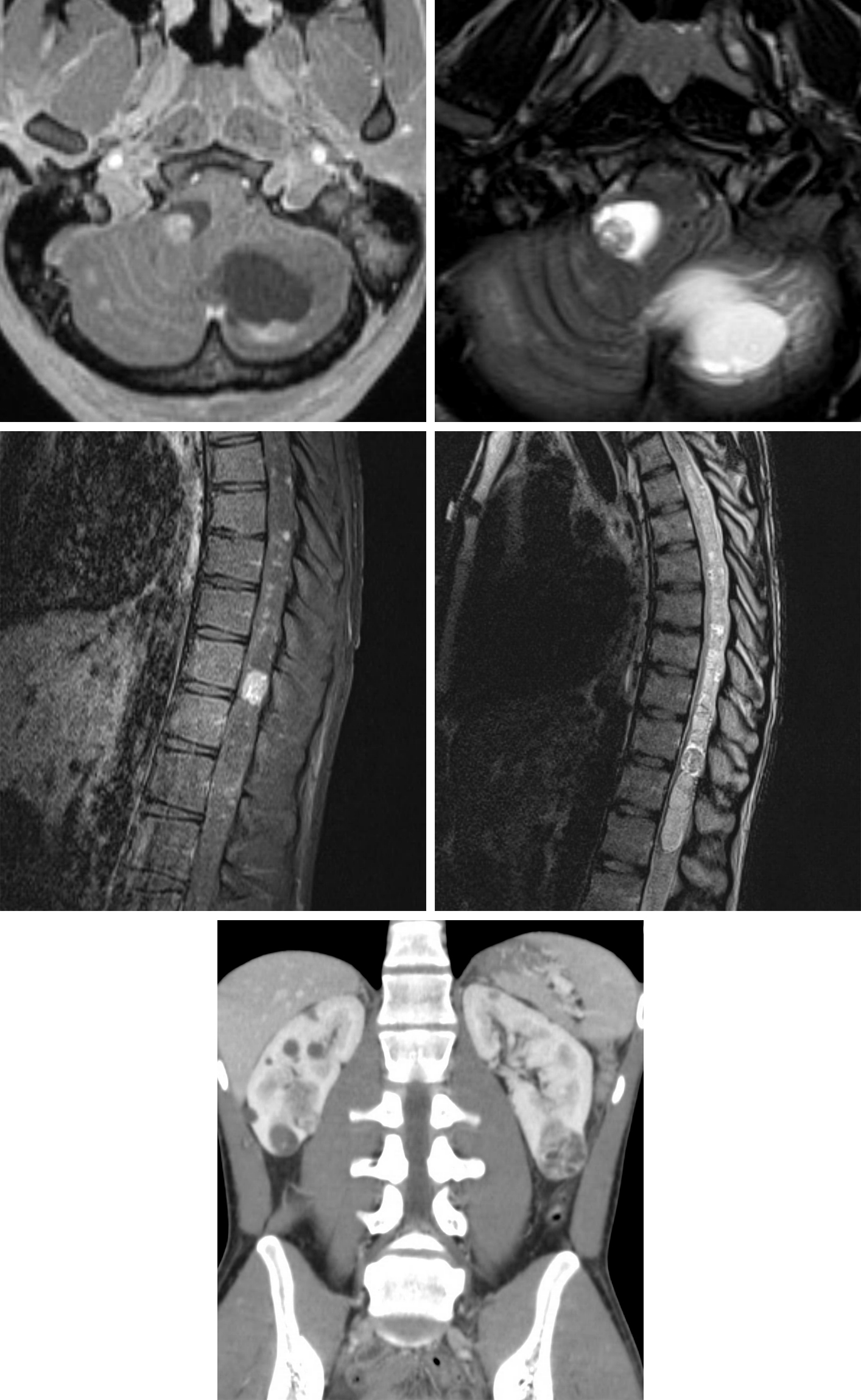 For more information, please see the corresponding chapter in Radiopaedia. For additional information on spinal HGBLs, please refer to the Hemangioblastoma chapter within the spinal disorders subvolume.