Walter Dandy established the safety of surgery in the third ventricle. He also introduced cerebral pneumoventriculography, which paved the way for reliable diagnosis of ventricular tumors. With his daring personality, he pushed the conservative boundaries of neurosurgery. One of Dandy’s contributions was the technique of transecting normal frontal lobe tissue to uncover deep-seated lesions 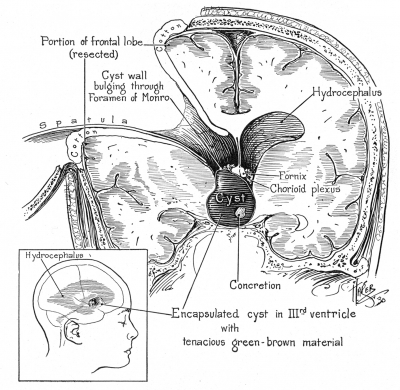 The specific region of foc...