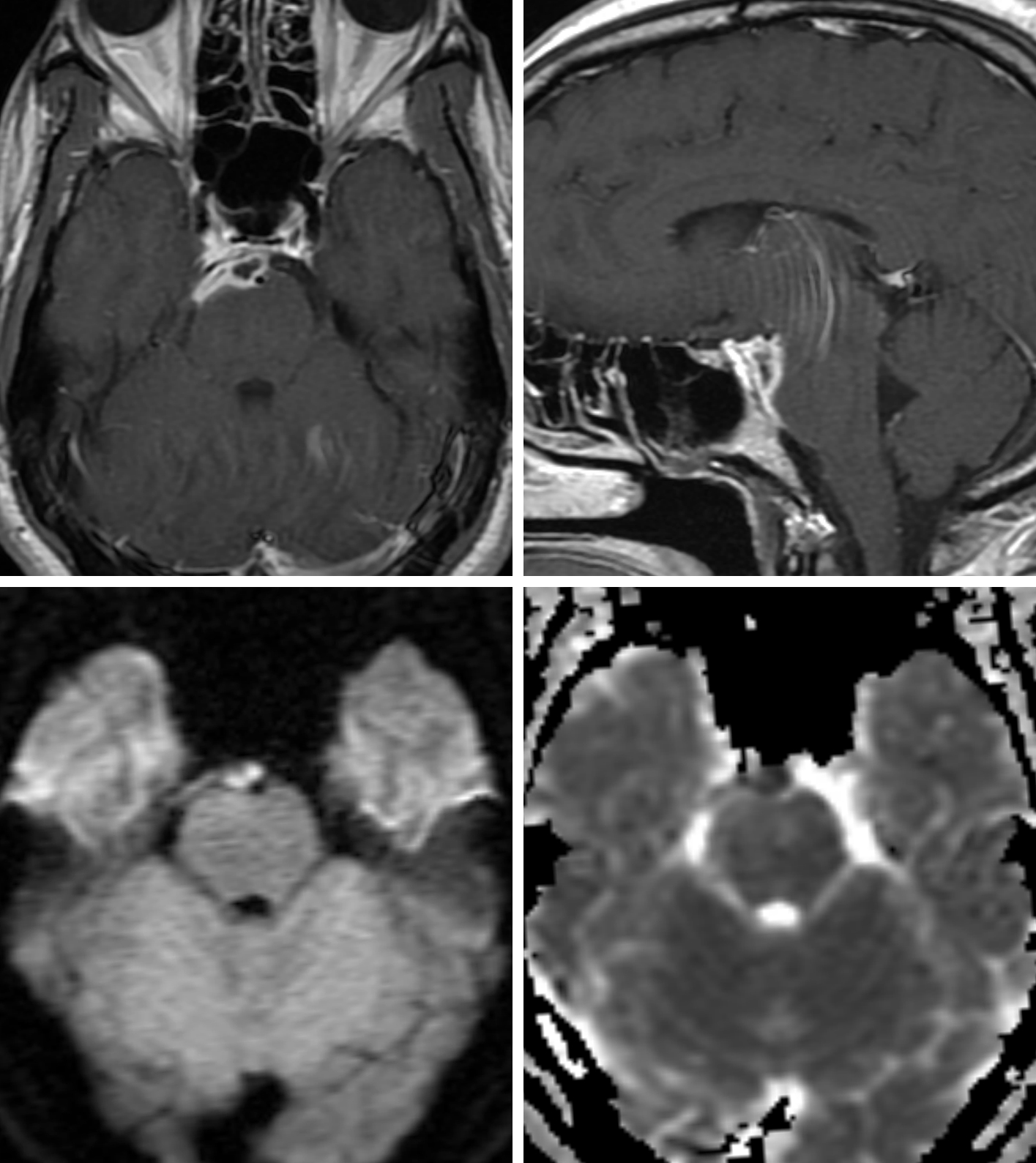 Figure 1: A peripherally enhancing lesion along the ventral pons (top row left, top row right) demonstrates central restricted diffusion on DWI (bottom row left) and ADC (bottom row right), a finding more typically seen in infectious abscess than in tumor. When along the surface of the brain as in this case, coccidioidomycosis may mimic leptomeningeal carcinomatosis. 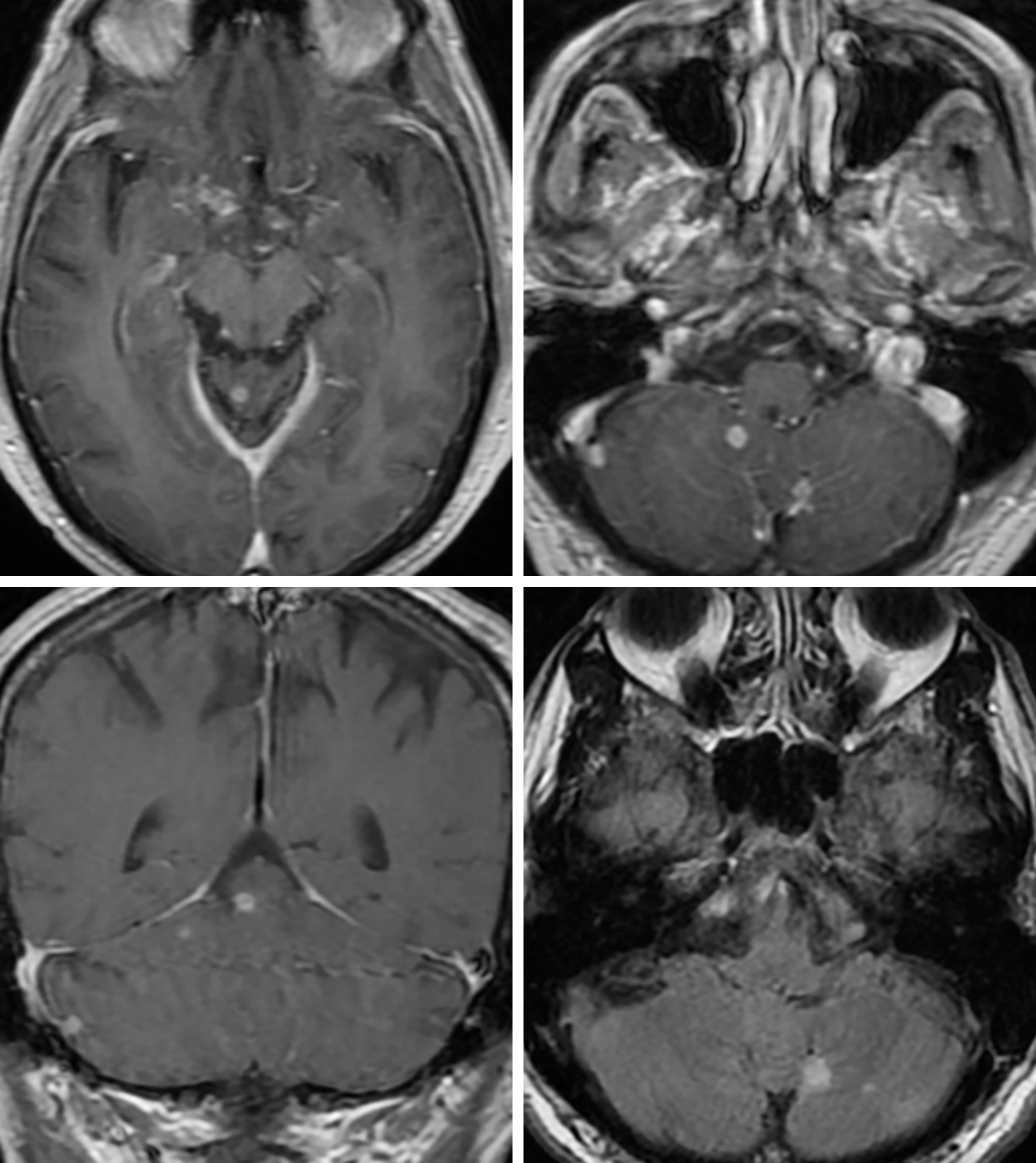 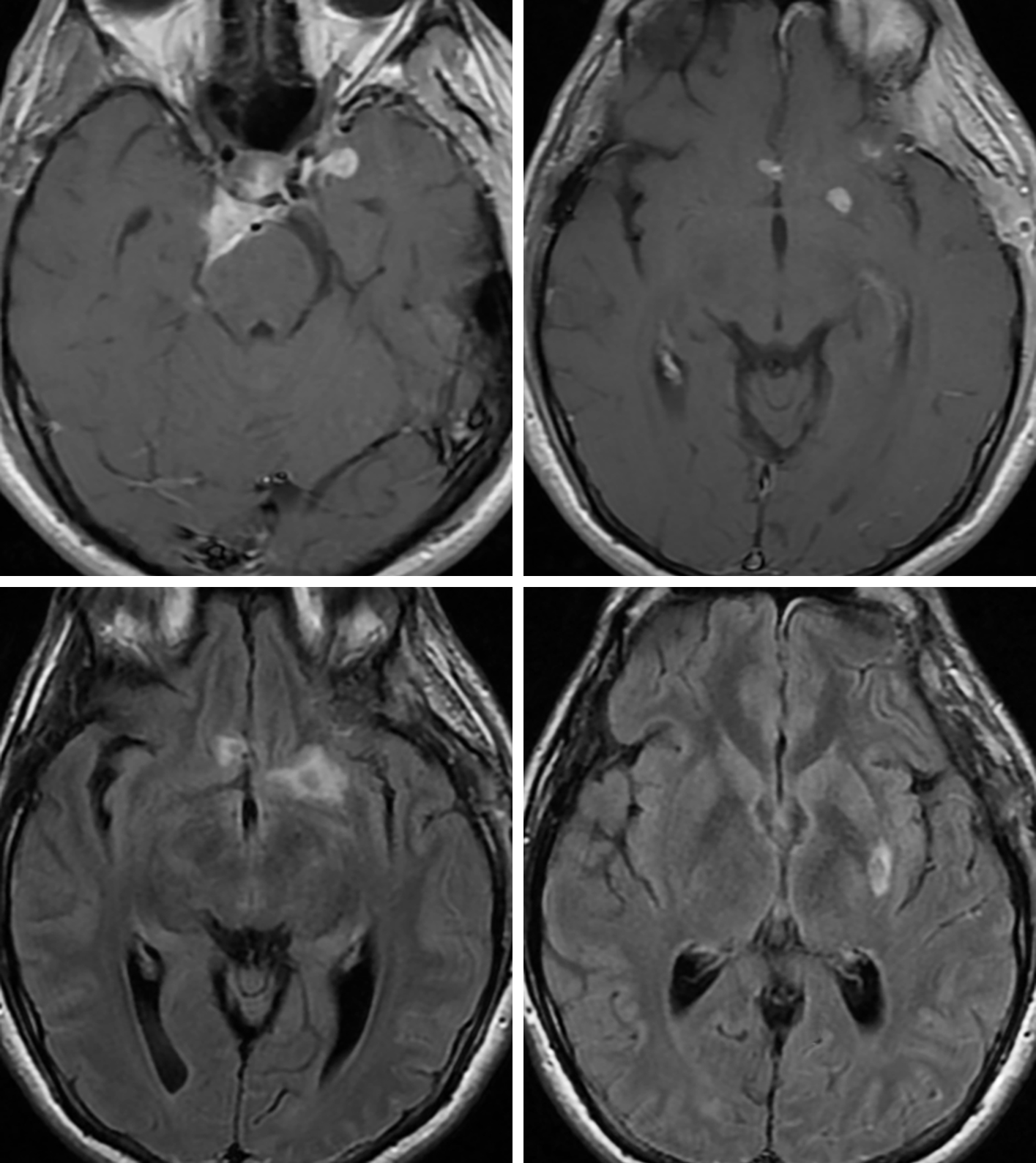 Starkey J, et al. MRI of CNS Fungal Infections: Review of Aspergillosis to Histoplasmosis and Everything in Between. Clin Neuroradiol. 2014; 24(3):217-30.