The surgical treatment of epilepsy includes 2 different types of procedures, resection of the seizure focus and palliative techniques such as disconnection and neurostimulation. For those patients without an epileptogenic seizure focus, interhemispheric disconnection with a corpus callosotomy is a palliative attempt to alleviate intractable epilepsy. Therefore, the goal of performing a callosotomy is not to cure a patient's seizure disorder but, rather, to reduce the frequency of seizures and resultant morbidity. Performing a callosotomy functionally isolates the nonepileptogenic hemisphere in hope of preventing secondary generalization.

The extent of disconnection completed during the procedure ranges from partial to total. Evolution in the definitions of partial and total callosotomies has occurred in an effort to minimize morbidity and maximize the efficacy of the procedure. It can be performed via standard craniotomy, or even endoscopic methods at an experienced center.

A glucose metabolism positron emission tomography (PET) scan can be used to assess the functional integrity of the cerebral cortex to determine the seizure semiology and to localize the epileptiform abnormalities. After this thorough evaluation, a neuroradiologist should examine the images for evidence of a resectable epileptogenic focus. The presence or absence of this focus will determine what neurosurgical procedure, if any, is indicated.

Several selection criteria are implemented to optimize the recommendation for corpus callosotomy. Patients considered for corpus callosotomy must have medically intractable epilepsy of approximately 18 months' duration with a maximum seizure-free interval of less than 2 months. These patients must lack an identifiable epileptogenic focus, which would be more amendable to curative resection. Epilepsy amenable to callosotomy should initially have features of focal onset progressing to secondary generalization involving both hemispheres.

Callosotomy most effectively alleviates atonic seizures (cure rate, ~35%). The technique is less effective in treating generalized tonic-clonic, tonic, and myoclonic seizures. This pattern of improvement is observed in those patients with a spontaneous seizure disorder or those with a generalized epilepsy syndrome, such as Lennox-Gastaut syndrome. Good postoperative seizure control is associated with bilateral synchronous seizure onset rather than independent multifocal onsets seen via EEG. Long-term psychosocial improvement is best observed in severely disabled patients.

A precordial Doppler and placement of a central venous line are precautionary procedures that can be used to prepare for an air embolism. Air embolism can be encountered more frequently in the setting of the interhemispheric approach.

The patient's antiepileptic medications should be continued throughout the duration of the surgery and potentially increased to avoid perioperative events.

The corpus callosum is the largest site of interhemispheric communication within the brain and is divided into the following 5 anatomic segments at the midsagittal region: the rostrum, genu, body, isthmus, and splenium. The use of dtMRI has enabled the characterization of 5 regional zones within the corpus callosum that project topographically. Region I includes approximately one-sixth of the anterior corpus callosum and is composed of fibers projecting to the prefrontal cortex.

Arterial anatomy relevant to the surgical approach and callosotomy include the following 3 main arterial branches: the anterior communicating artery, posterior pericallosal artery, and pericallosal artery. The presence and branching pattern of these vessels vary.

Venous drainage of the callosal region involves the callosal and callosocingulate veins, which drain deep and are directed toward the ependymal surface as the septal and atrial veins. These veins drain to the deep central cerebral veins. 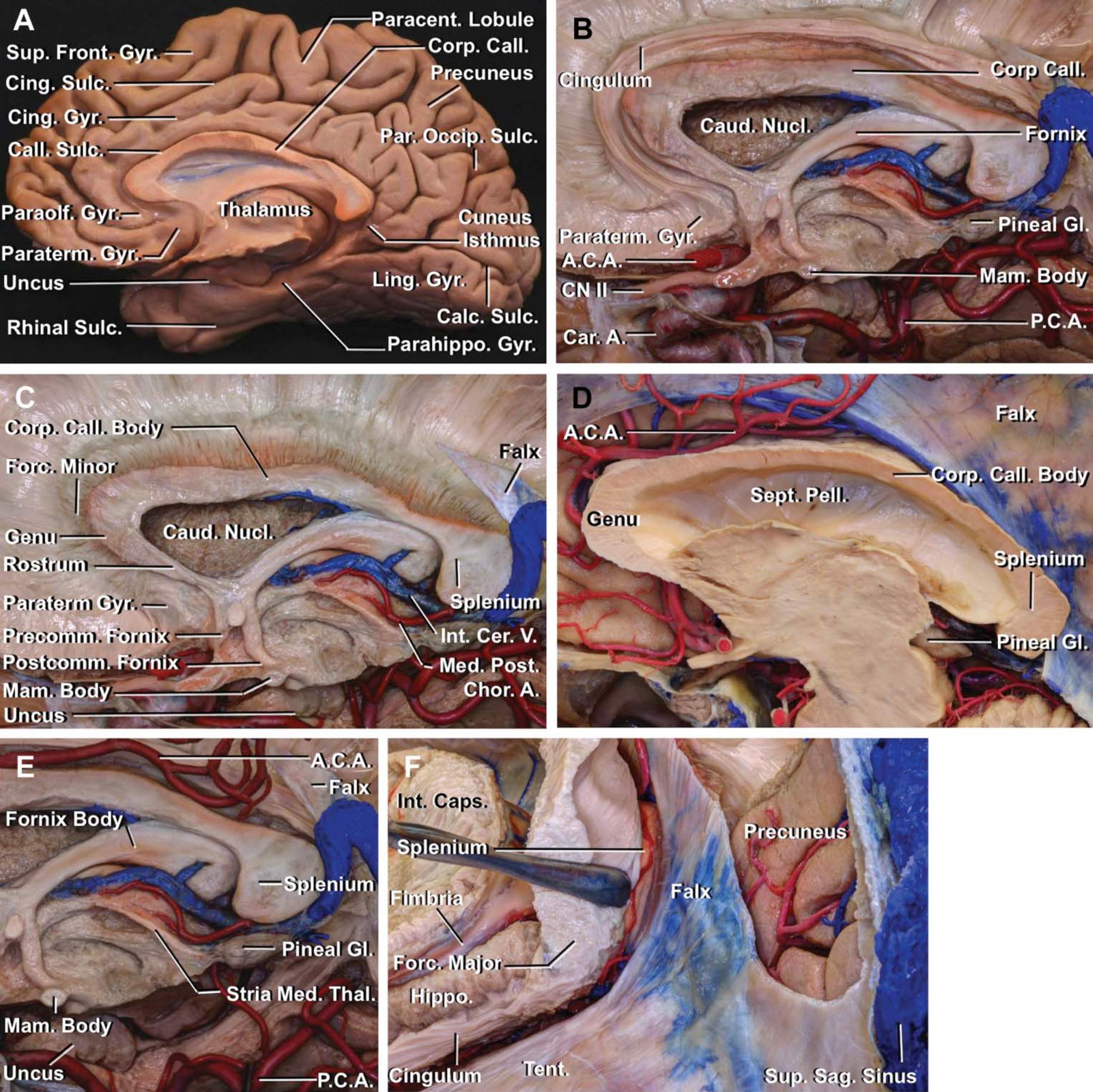 Figure 2: Connecting fibers of major brain regions and their anatomical relationships within the corpus callosum.

The patient is positioned supine with his or her head fixed at 20o of flexion in the Mayfield skull clamp, with the midsagittal plane perpendicular to the operating room floor. As an alternative, the patient's head can be rotated such that the falx is parallel to the floor, which permits gravity retraction of the frontal lobe. However, this orientation can distort the surgeon's anatomic perspective.

The surgical approach can be performed in a minimally invasive manner using a 0o high-definition endoscope or via a microscope-assisted craniotomy.

A bicoronal incision is planned for the craniotomy, which ensures that the incision remains above the superior temporal line and anterior to the coronal suture. The plane of incision is perpendicular to the midsagittal line. Stereotactic navigation can be used to plan the craniotomy and avoid the underlying parasagittal veins. For further details, refer to the interhemispheric craniotomy chapter.

The craniotomy includes a segment of the coronal suture, with two-thirds of the bone flap anterior (approximately 4 cm) and one-third (2 cm) posterior to the coronal suture. The lateral margins of the craniotomy are 3 cm from midline on the right and 2 cm on the left. This bilateral exposure of the interhemispheric fissure allows flexible reach to bilateral callosum if the parasagittal veins are obstructive on either side during segmental callosal disconnection.

Before I review the details of intraoperative maneuvers, Lets discuss some of the general principles of the procedure. The interhemispheric approach requires a wide variety of operative angles as demonstrated below. 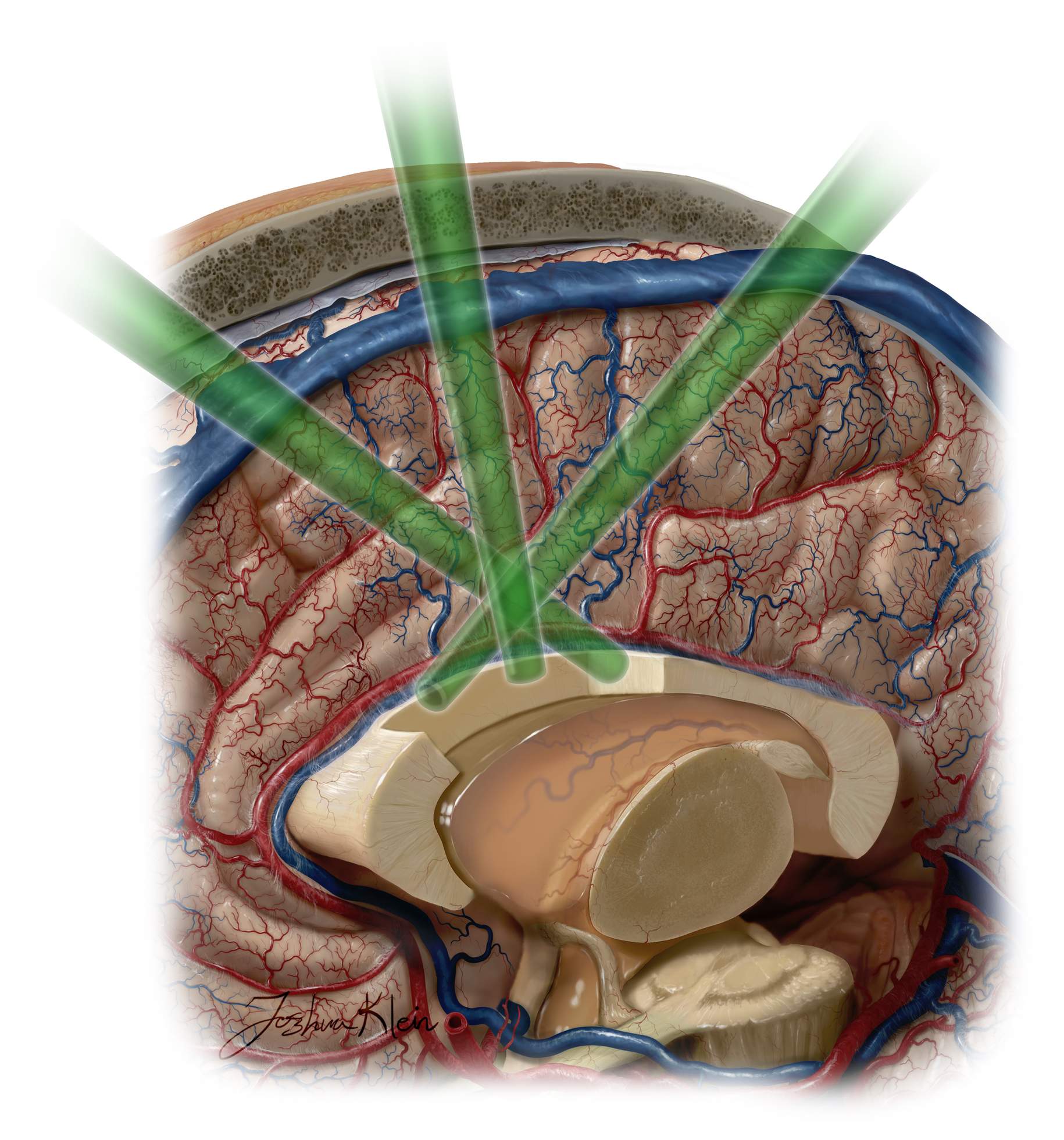 Figure 3: The operative angles (green cylinders) needed to transect the callosum effectively are shown. These angles require careful operative orientation in relation to the surrounding structures.

Figure 4: The callosum is transected until the ventricular ependyma is encountered. The bipolar forceps can be an effective disconnection tool. This maneuver is displayed in operative (top) and coronal (bottom) views.

The operating microscope is brought into the surgical field and used to optimize the microsurgical dissection of the fissure. Interhemispheric arachnoid adhesions are released from the mesial frontal lobe, and dissection is carried parallel to the falx. 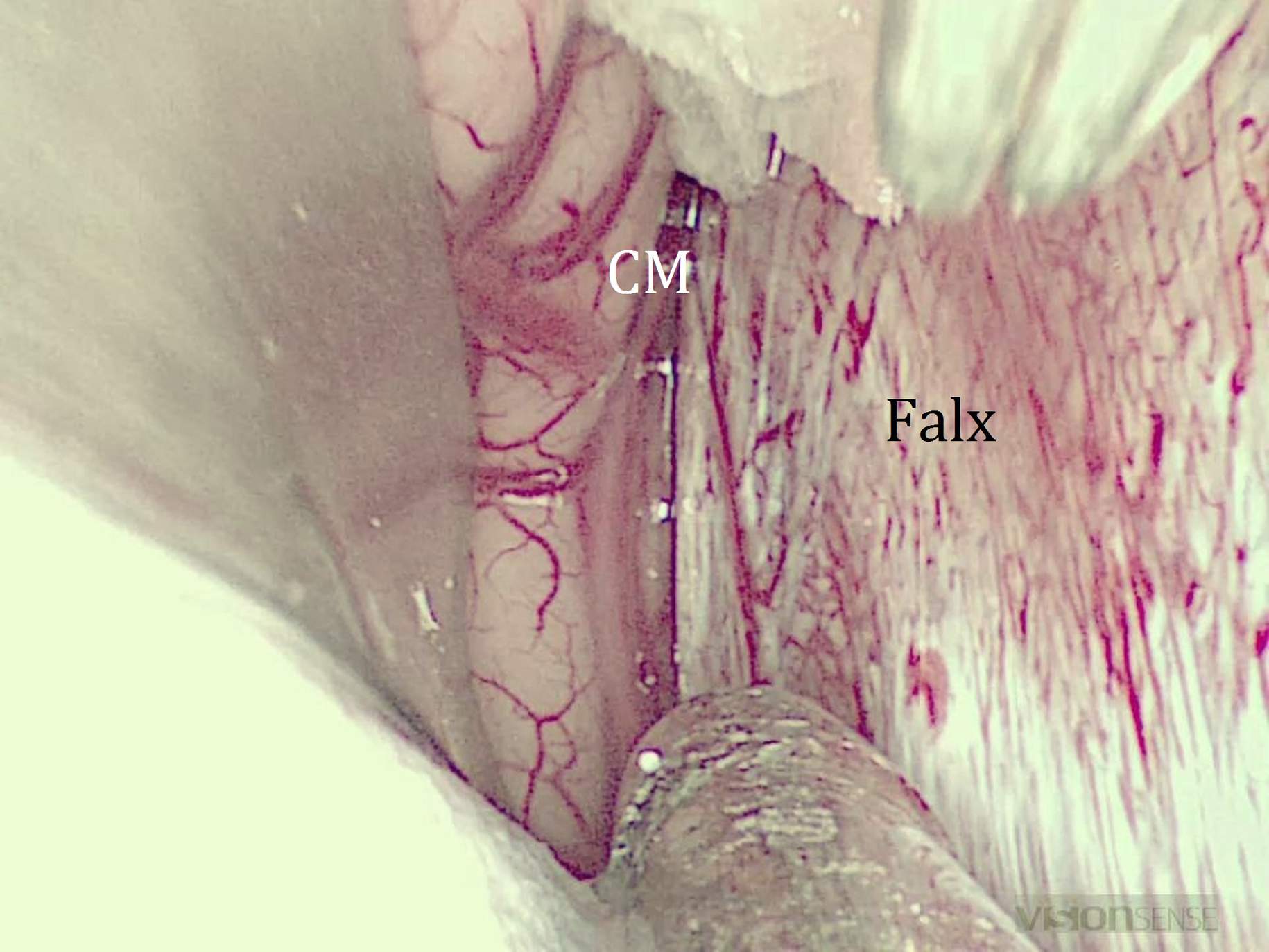 The cingulate gyri can be quite adherent, and care must be taken to separate them from anterior to posterior, protecting the callosomarginal and pericallosal arteries superiorly and inferiorly, respectively. Some operators find retractors useful at this point to widen the interhemispheric corridor, however, I use two cotton balls at the depth of the field to keep the fissure open. After sufficient opening of the interhemispheric fissure, the glistening white surface of the corpus callosum will be evident at the depth of the surgical field between the pericallosal arteries. 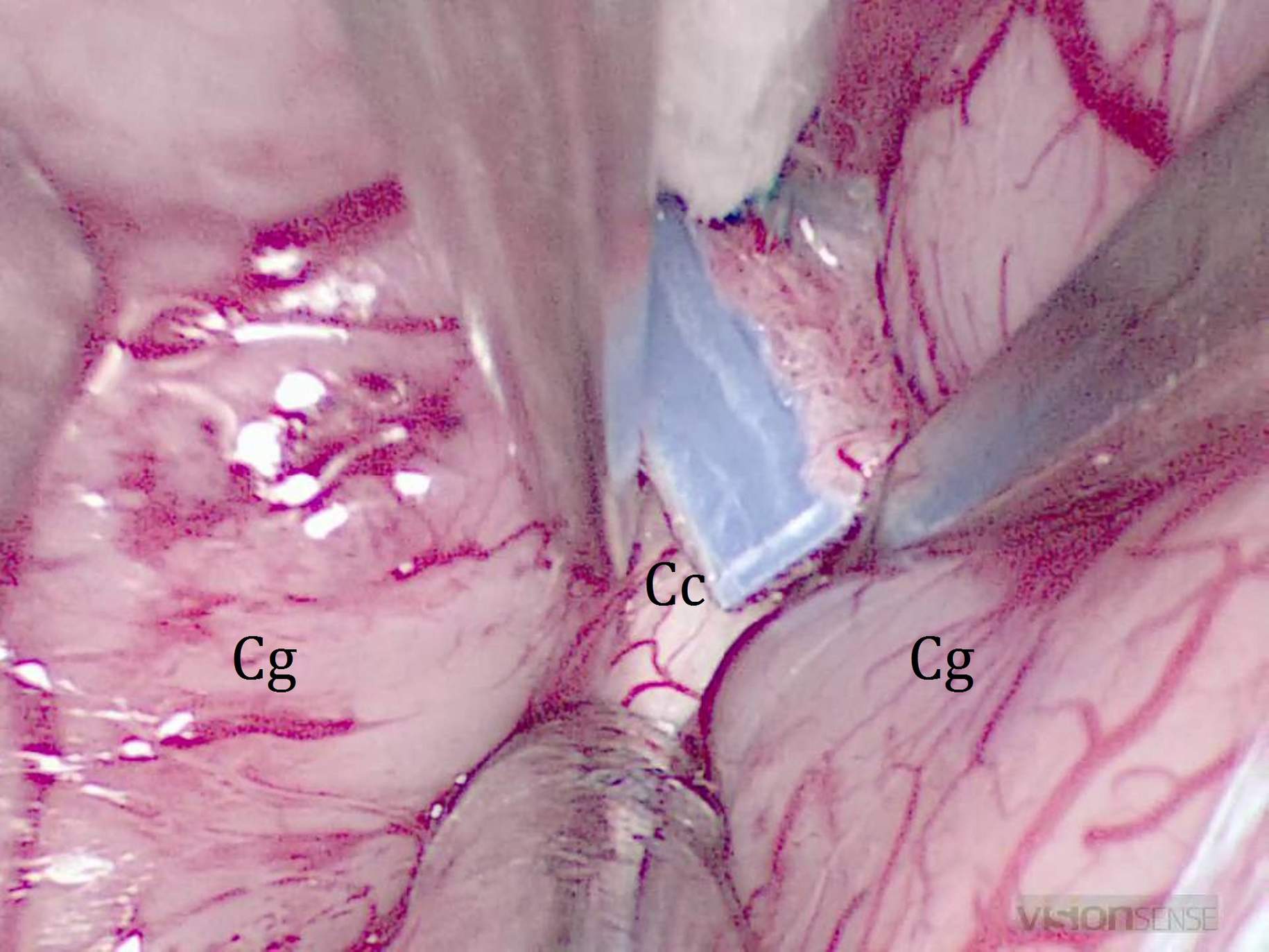 The callosum is then transected via bipolar cautery and subsequently resected using an ultrasonic aspirator set to a low amplitude. The segment of the corpus callosum targeted for callosotomy depends on the preoperative epilepsy evaluation. The most common targeted segment is the anterior one-half to two-thirds of the callosum. If a total callosotomy is desired, this procedure is performed in a 2-stage fashion. For seizures that selectively spread to the posterior parietal, occipital, and temporal lobes, transection of the posterior third of the callosum alone can be considered. Stereotactic navigation is employed to guide the correct segmental callosotomy.

Performing the callosotomy and manipulating the surrounding cerebrovasculature can endanger these delicate structures. Cottonoids are used to protect and separate the pericallosal arteries during the callosotomy. 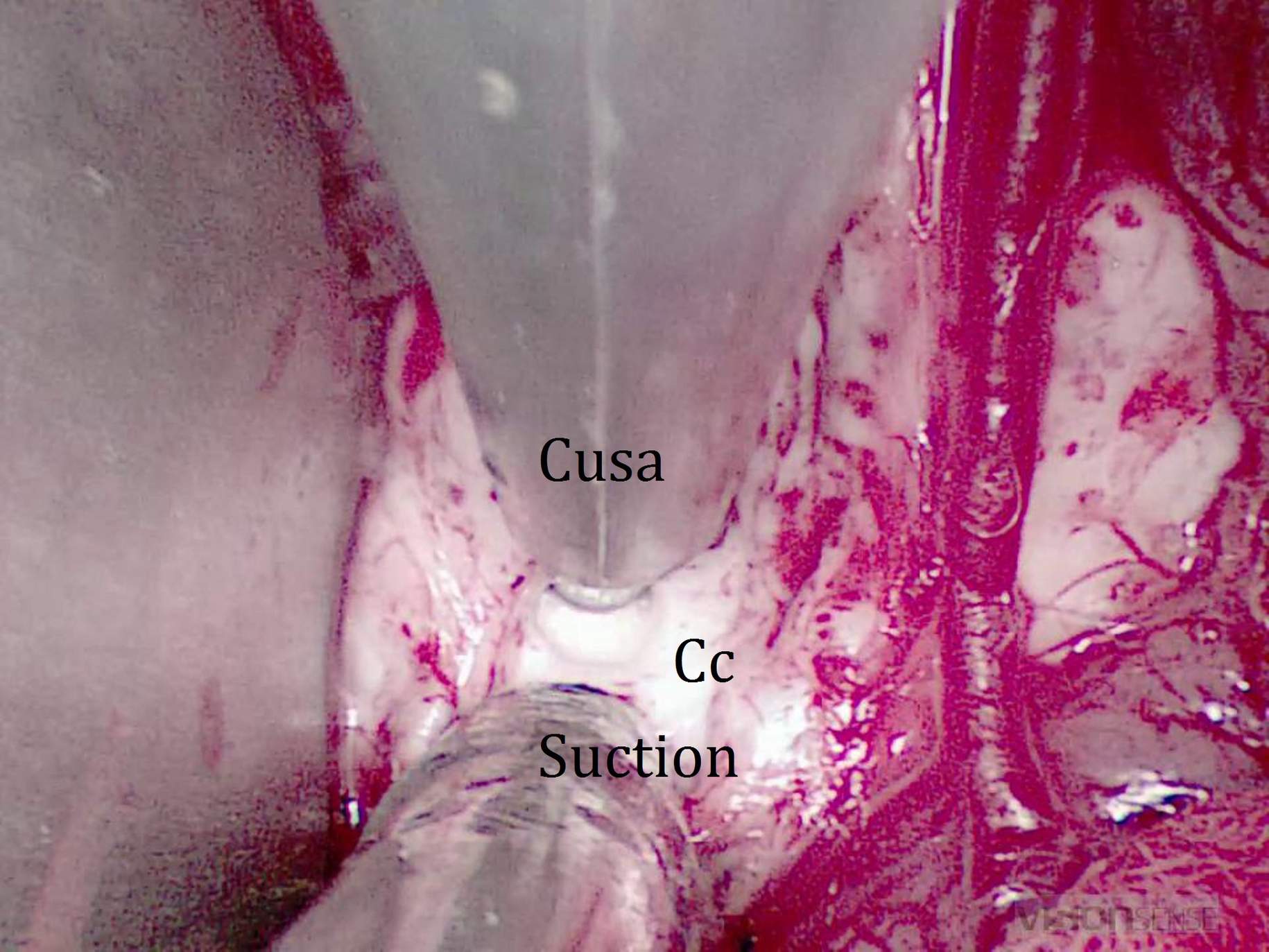 Figure 7: Resection of the corpus callosum body with an ultrasonic aspirator.

During an anterior callosotomy, disconnection is continued anteriorly and curves inferiorly to include the genu, rostrum, and anterior commissure. The transection is stopped a few millimeters short of the foramina of Monroe. 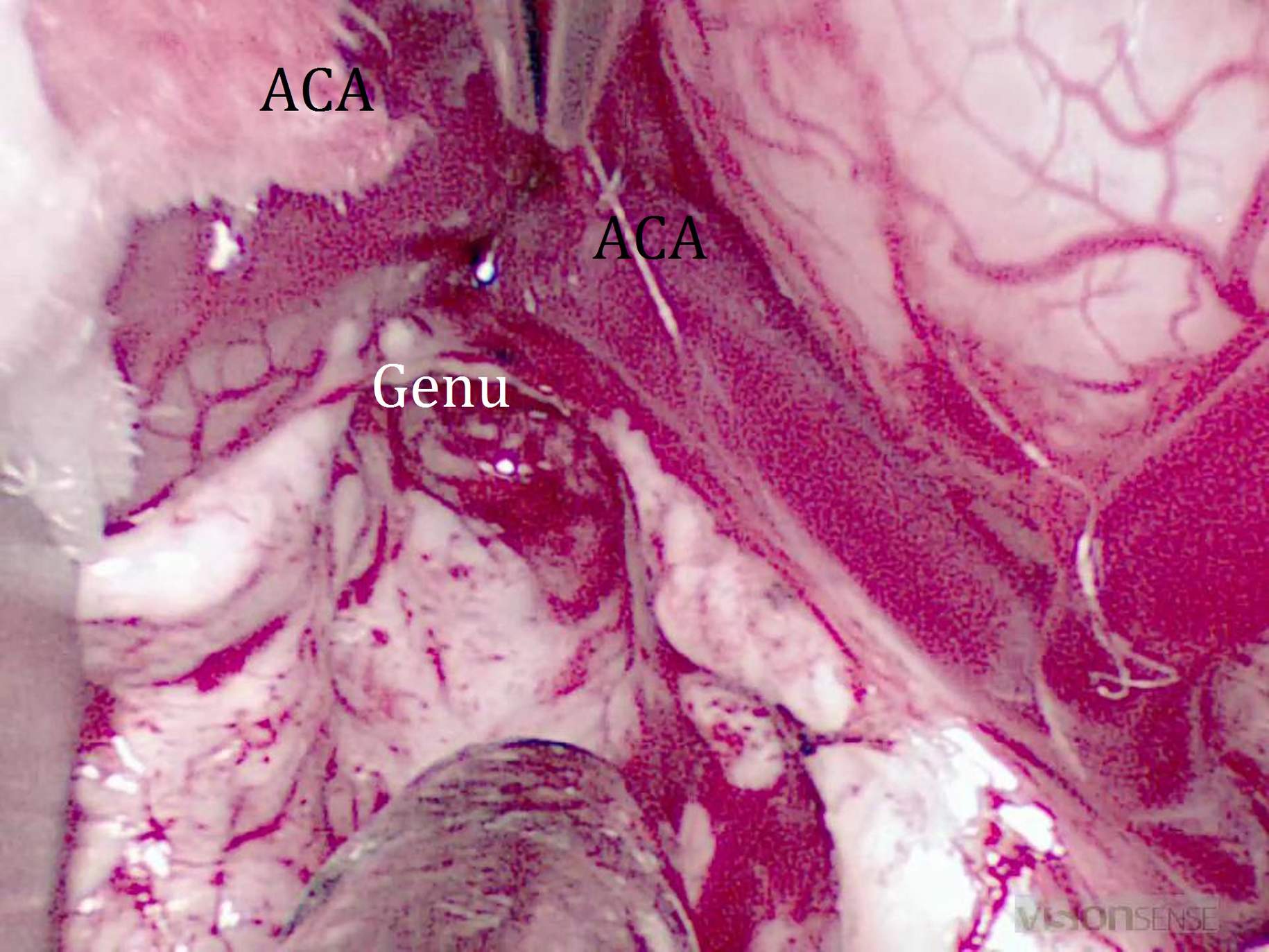 Figure 8: The genu of the corpus callosum follows inferior to the curvature of the anterior cerebral arteries (ACA,) which serve as good anatomical landmarks.

During a complete callosotomy, in addition to the steps required for an anterior callosotomy, the posterior splenium is transected. As the corpus callosum thins, a bluish hue highlights the close proximity of the ventricular ependyma, which is entered to ensure a complete disconnection. 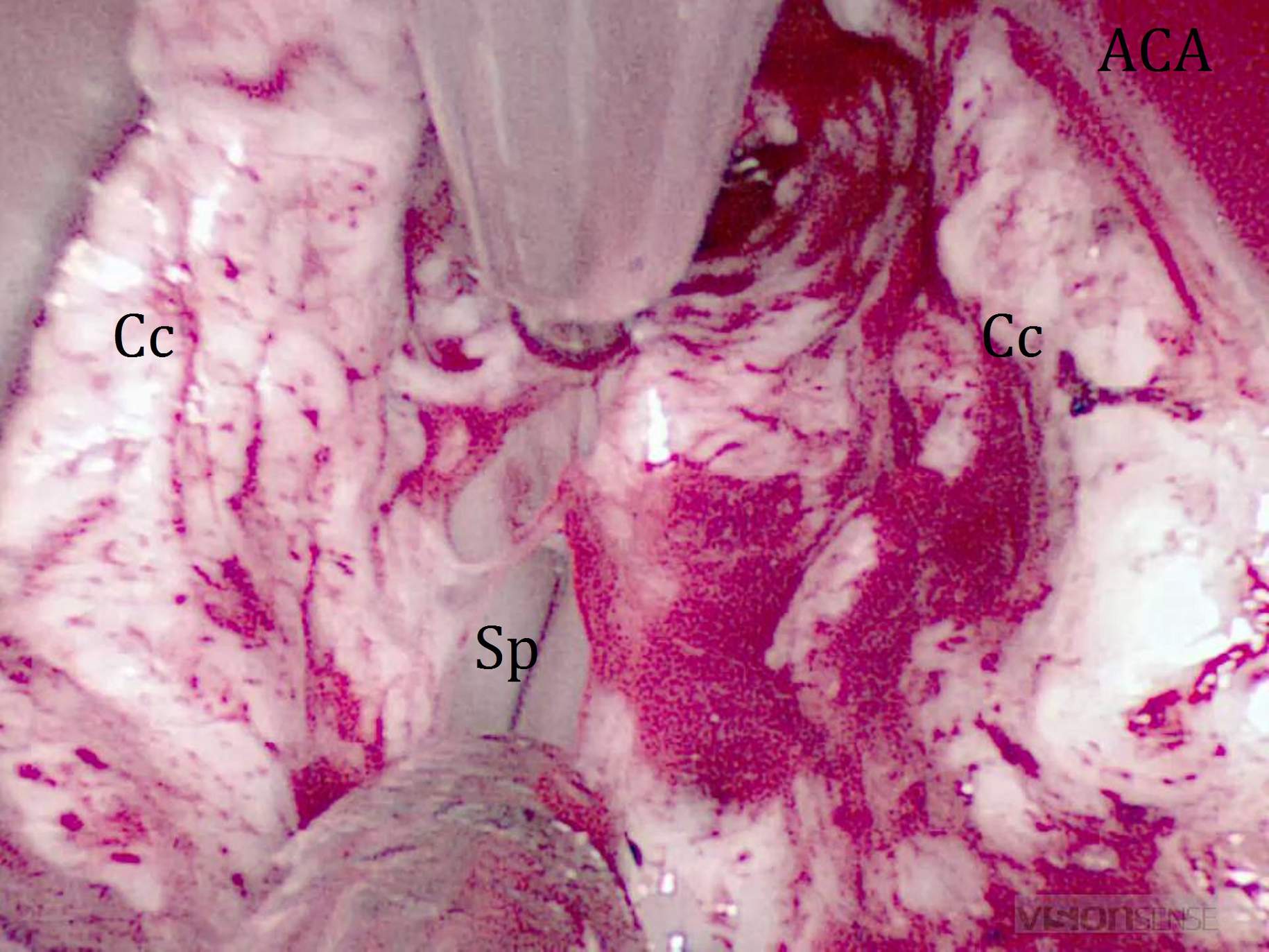 Figure 9: The posterior half of the corpus callosum (Cc) has been resected to expose the splenium (Sp). ACA, anterior cerebral artery. 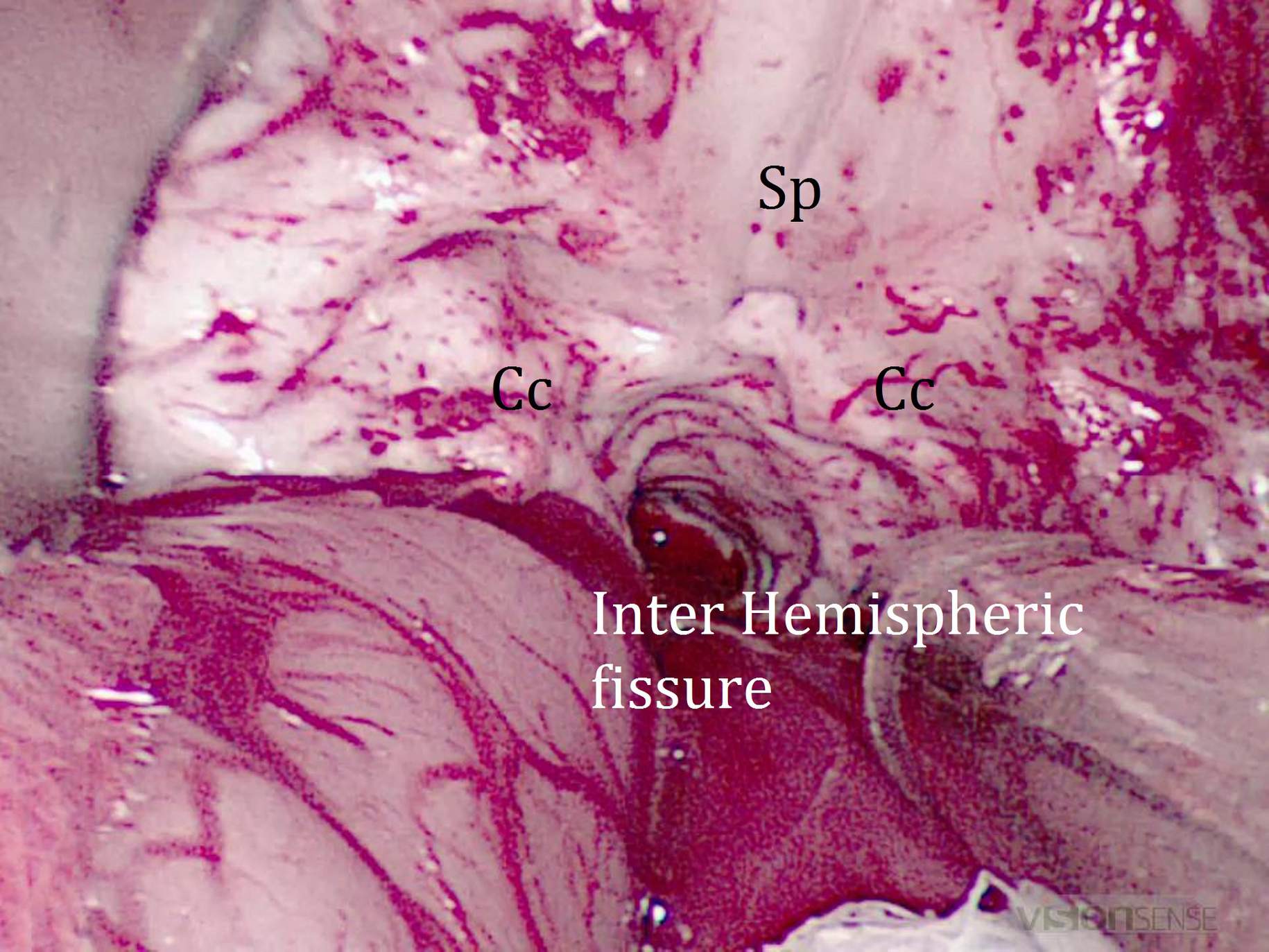 Figure 10: Note the deeper corridor as the splenium (Sp) of the corpus callosum (Cc) is resected posteriorly.

The endoscopic approach begins with a 2- to 3-cm scalp incision anterior to the coronal suture, followed by a 2- to 3-cm precoronal craniotomy. A 0o high-definition endoscope is sheathed in a cannula and secured to a parallel suction.

The endoscope is slightly retracted from the scope tip. With the scope and suction in one hand, the other hand is free for using the ultrasonic aspirator and bipolar cautery. The same operative steps described for the microscope-assisted interhemispheric approach and corpus callosotomy can be performed under endoscopic guidance. 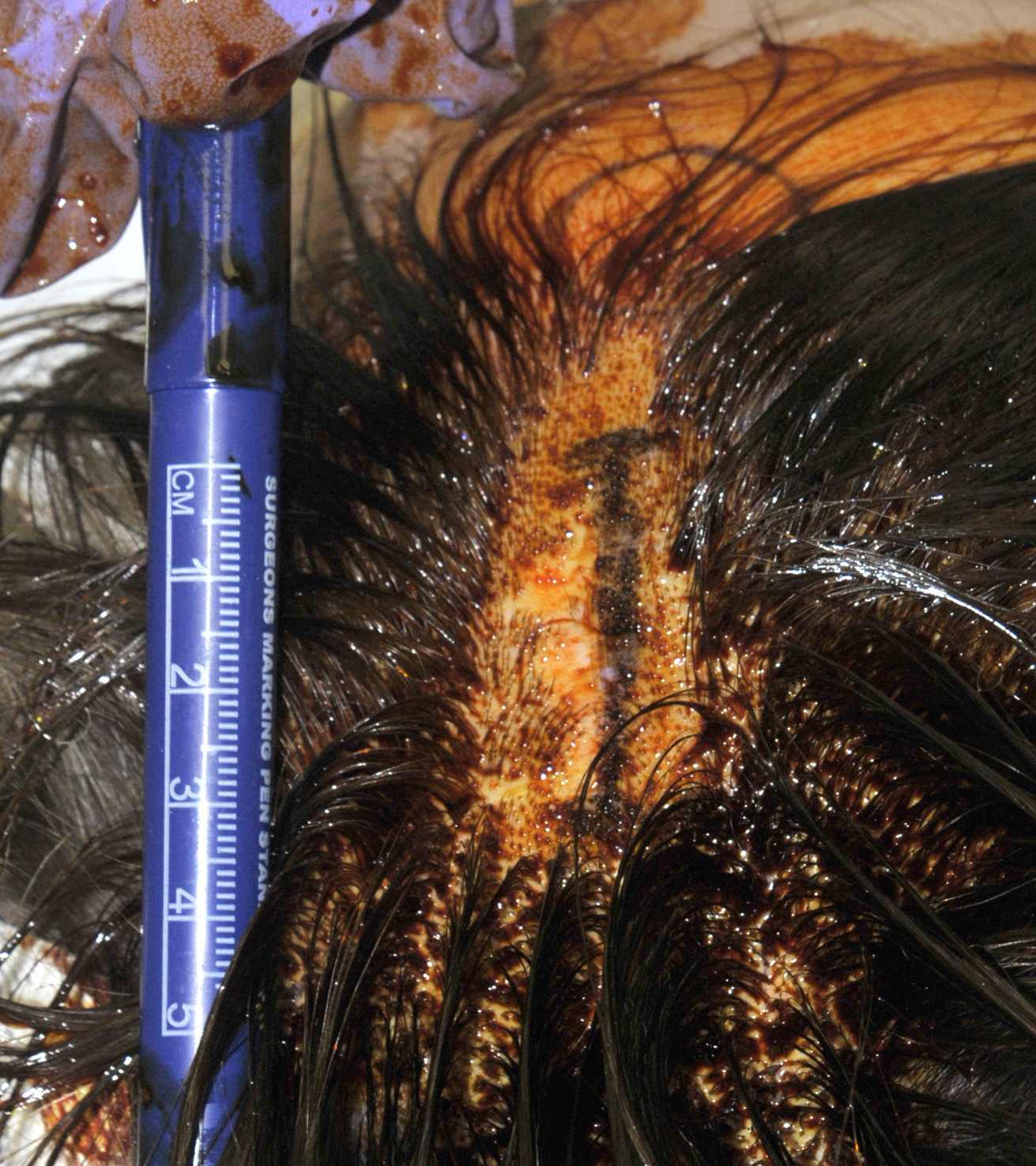 Hemostasis is achieved before dural closure. A standard dural closure is performed with 4-0 Neurolon, and the bone is replaced and secured with a titanium plating system. The galea is approximated, followed by closure of the skin.

Standard postoperative complications after intradural surgery can be seen among the patients who have undergone a corpus callosotomy, including meningitis, hydrocephalus, cerebral edema, and cerebrospinal fluid leakage. A brief period of mutism is commonly present postoperatively, particularly in patients with bilateral hemisphere speech representation.

Acute disconnecting syndrome is characterized by any of the following symptoms that persist transiently: mutism, contralateral weakness, and urinary incontinence. Posterior disconnection syndrome is characterized by visual or tactile disturbances. Disconnection syndromes are significantly more common when greater than the anterior two-thirds of the corpus callosum are transected. Deficit reinstatement is a rarely observed syndrome that results in mixed hemispheric dominance after compensated transcallosal interhemispheric communication.

Postoperative computed tomography is not routinely performed unless clinical deterioration is evident. MR imaging the day after surgery characterizes the extent of callosotomy and evaluates postoperative ischemia or hematoma. Electroencephalography should be performed 3, 6, and 12 months after surgery. These patients should be followed in an epilepsy clinic long-term for antiepileptic drug management.