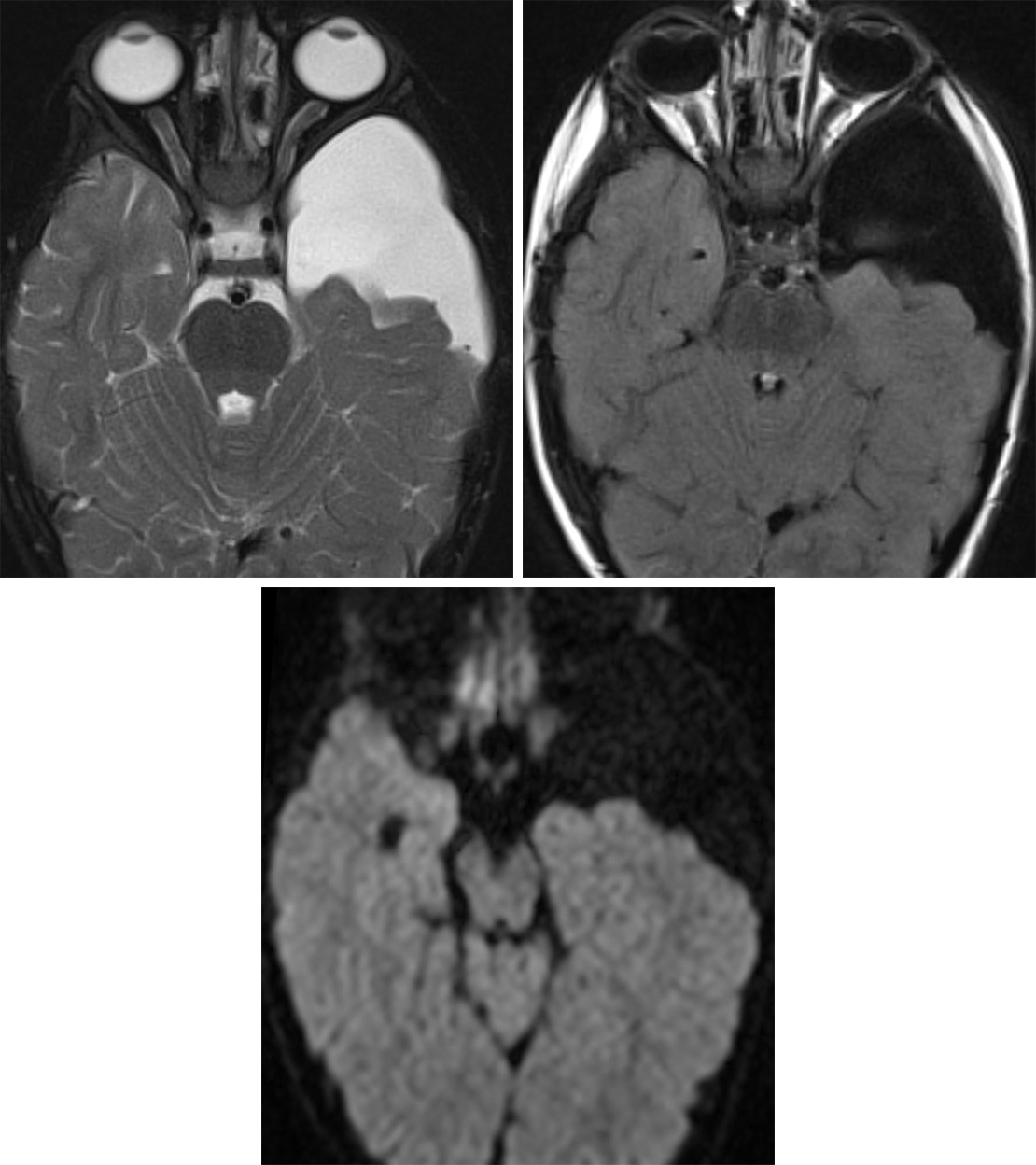 Figure 1: (Top Left and Right) This left middle crania fossa extra-axial lesion follows CSF on all sequences and is in a very common location for arachnoid cyst. Note how the temporal lobe is displaced but is without edema. (Bottom) No diffusion restriction is present that would suggest this lesion to be an epidermoid cyst. Given the degree of mass effect, for most other lesions one would expect evidence of cerebral herniation, a finding not typically seen with arachnoid cysts. 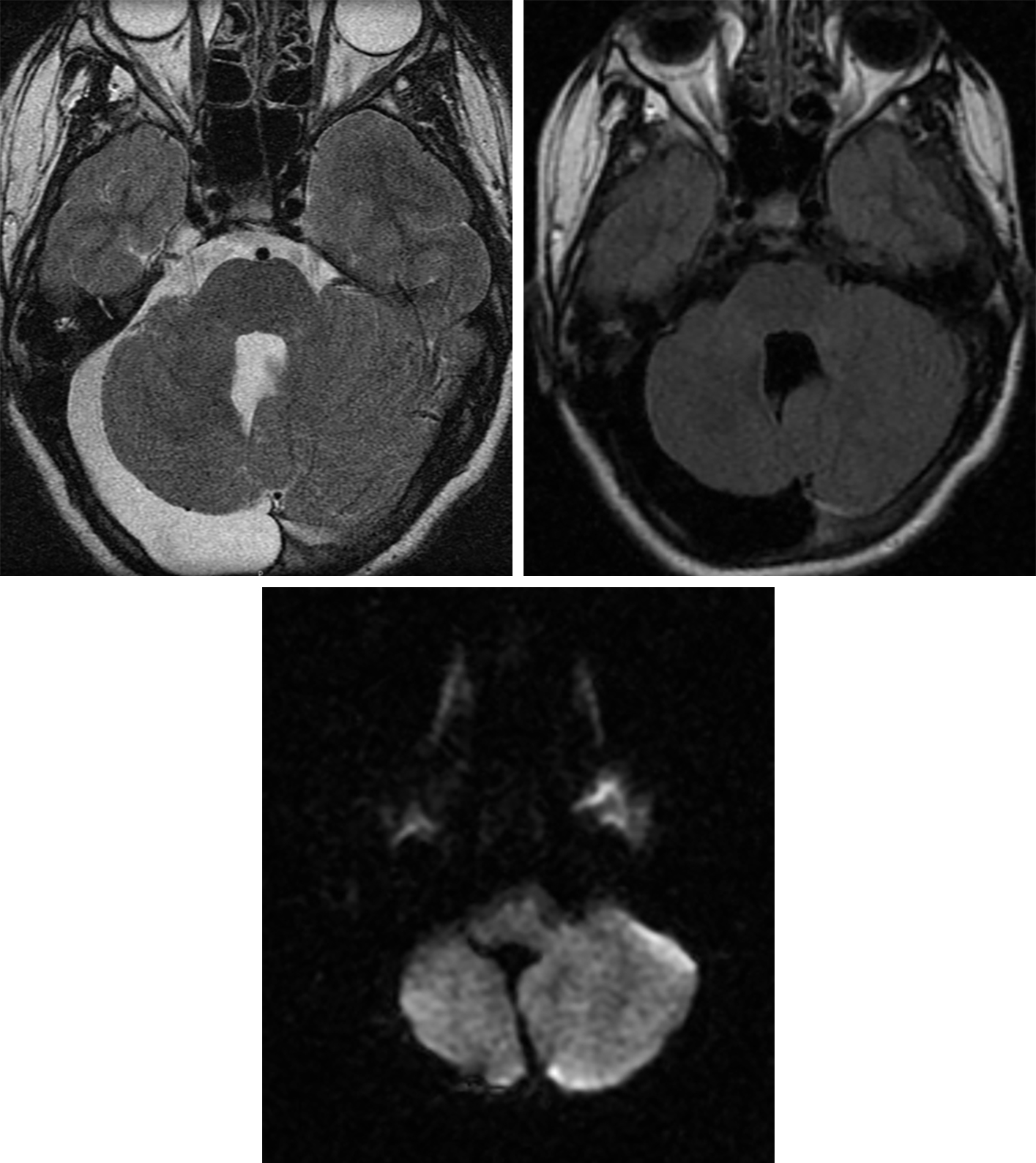 Figure 2: This arachnoid cyst posterior to the right cerebellar hemisphere demonstrates T2 hyperintensity (top left) and completely suppresses on FLAIR (top right), matching the CSF in the fourth ventricle on both of these sequences. It exhibits no DWI hyperintensity (bottom), distinguishing this arachnoid cyst from an epidermoid cyst. The mass effect on the adjacent cerebellum is somewhat substantial, but the parenchyma is without edema, suggesting a chronic or developmental abnormality. The calvarium is also thinned overlying the cyst on T2 (top left), another characteristic that implies chronicity. 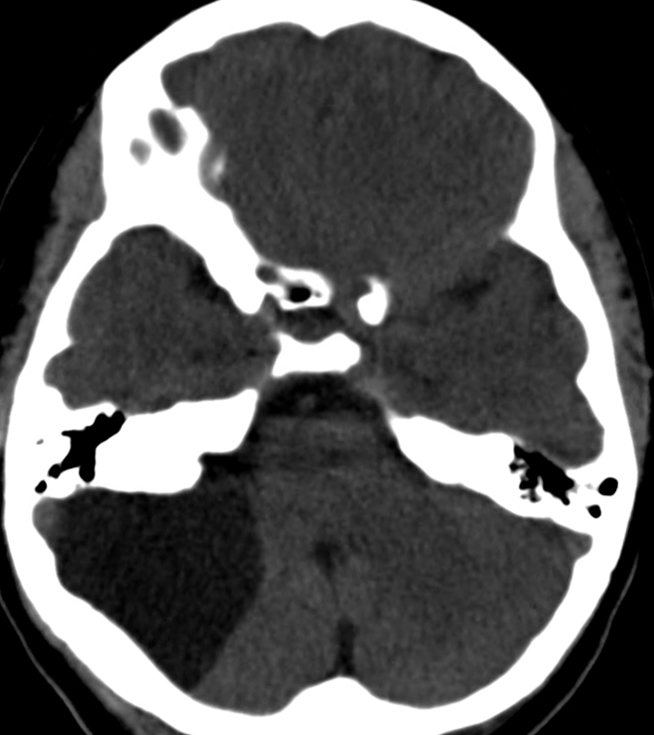 Figure 3: CT imaging demonstrates a low-density arachnoid cyst along the lateral aspect of the right cerebellar hemisphere. Other lesions, including low-grade tumors, may have a very similar appearance, and attention to the details of the lesion location, density, and pattern of enhancement is important in determining the true diagnosis.