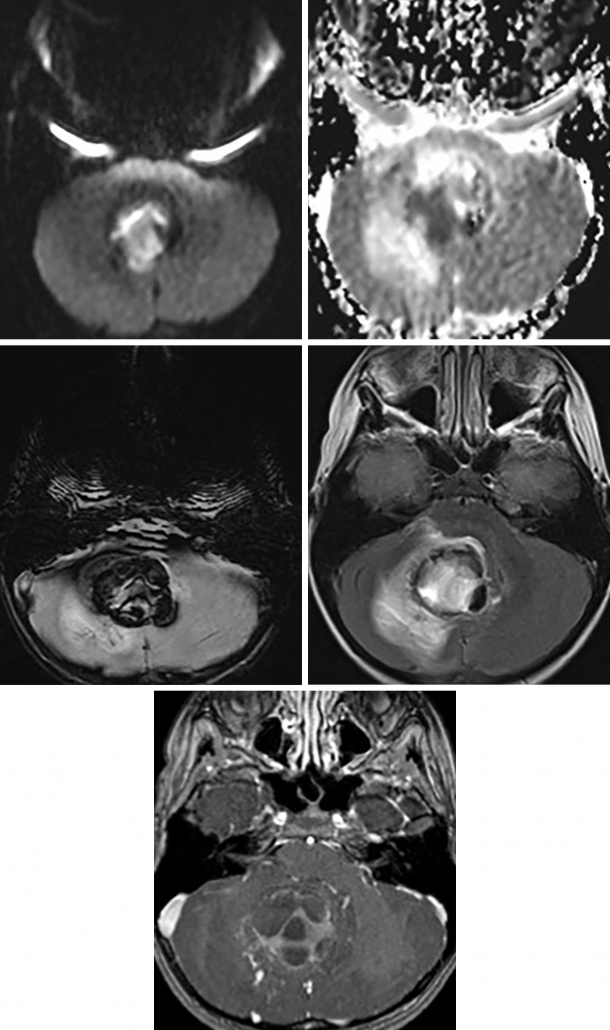 Figure 1: MR images demonstrate a large parenchymal lesion centered in the right cerebellar hemisphere causing significant adjacent mass effect and complete obstruction of the fourth ventricle. There is central reduced diffusivity (top row) and a large amount of susceptibility (blooming) artifact on SWI (middle row left) secondary to recent hemorrhage. The FLAIR image (middle row right) demonstrates a moderate amount of hyperintense signal which is typically only seen in lesions that have recently hemorrhaged or occasionally when the lesions are large and have a significant amount of mass effect. Somewhat atypical is the degree of heterogeneous enhancement on post-contrast image (bottom row).