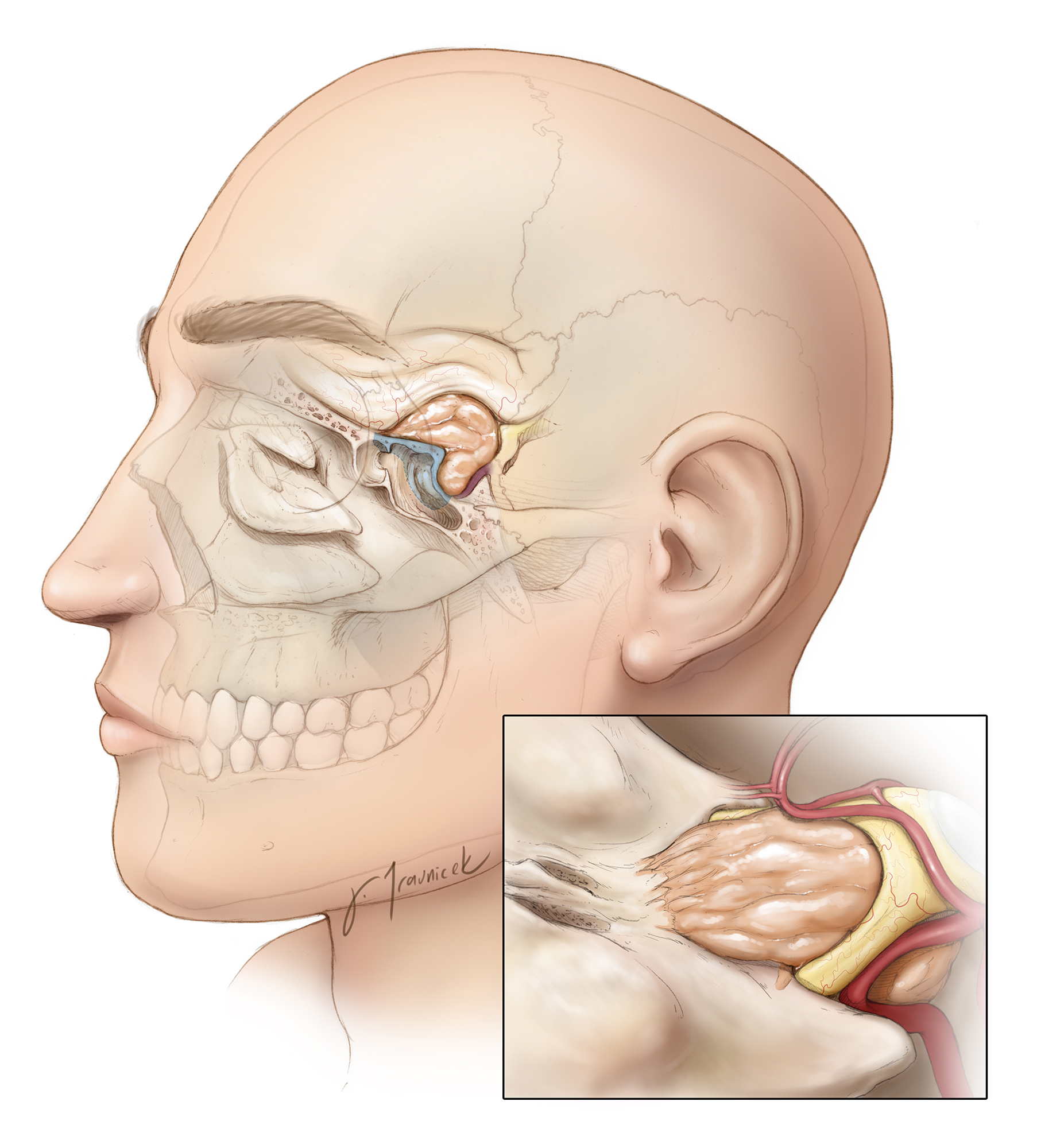 Figure 1: Endoscopic transnasal surgery has revolutionized skull base surgery. The pathoanatomy of a tuberculum sella meningioma is illustrated.

The endoscopic transnasal approach provides a panoramic view of the paraventral skull base from the cribriform plate to the foramen magnum through the existing corridors of the paranasal sinuses. This is in contrast to transcranial surgery that creates new anatomical corridors (the transfacial/craniofacial routes) to access deep-seated lesions through an osteotomy and brain mobilization or transgression.

The transnasal operative corridor has vastly advanced the minimally disruptive reach of the skull base surgeon. Although the exposure of the expanded endonasal trajectory is illusive and fascinating, endonasal surgery has been criticized for a number of drawbacks, including postoperative cerebrospinal fluid (CSF) leaks and for technical microsurgical struggles while working through narrow, long operative corridors with limited degrees of operative maneuverability/freedom. Nasal morbidity is also a lesser concern. In this chapter, I will candidly review my personal philosophy for a conservative, judicious use of microsurgical transnasal endoscopy.

A clear understanding of the advantages and shortcomings of the endoscopic route is important. Indiscriminate use of this route without an understanding of its indications can lead to disappointment. Microsurgical maneuvers are not always well controlled within the entire range of dissecting instruments, and the temptation to pull on the adherent fibrous tumor is fraught with the risk of calamity.

Management of intraoperative vascular events or injuries can be problematic. For example, it is very tempting to impatiently pull on the capsule of an adherent tuberculum sella meningioma only to discover that an avulsion injury to the A2 branches has occurred. The control of bleeding can be challenging and the patient is likely to suffer from devastating frontal lobe infarction. This complication does not reflect the drawbacks of the endoscopic route, but rather the unfamiliarity of the surgeon with the technical demands of endoscopic surgery.

In select patients, the endonasal endoscopic approach offers many advantages over the transcranial corridor, including:

The learning curve for endoscopic microsurgery is steep, and an in-depth understanding of required instrumentation is warranted. Patient selection is paramount, and the surgeon must know when to control the temptation to remove “everything” through the nose. This latter statement testifies why there should be no boundaries to define the surgeon as an “endoscopic” or “open” skull base surgeon; instead, the pathology must dictate the route of access.

Although the endonasal corridor may be narrow at certain coronal planes, it is possible to gently “roll” and remove the tumor, under direct vision, lateral to these limits, based on the fish-eye field of view of the angled endoscopes and angled instruments. There are no absolute size limitations, but lesions <3-4 cm are considered ideal for endoscopic transnasal surgery.

Specifically for parasellar surgery, although the lateral limits of the corridor are formed first by the lamina papyracea, then the carotid siphon in the cavernous sinus, the lateral opticocarotid recess around the sella and the carotid bifurcation in the suprasellar cisterns, the tumors that extend slightly beyond these limits can often be dissected under direct vision of angled endoscopes toward the center once adequate internal debulking has been completed.

During the later steps of the exposure and subsequent resection, use of a 30-degree angled endoscope is preferable so the tip of the endoscope can be moved out of the working zone of other instruments while the surgeon maintains adequate visualization of the operative field. I move the dissecting instruments and suction apparatus above and over the endoscope to avoid “sword fighting.” This maneuver also allows the endoscope to provide improved views of the superior and lateral aspects of the operative field.

Elevation of the patient’s head can dramatically assist with clearance of the operative field from blood products during microsurgery. Strict hemostasis (as much as possible) within the mucosal surfaces can be quite helpful for advancing operative viewing during the critical stages of intradural dissection. 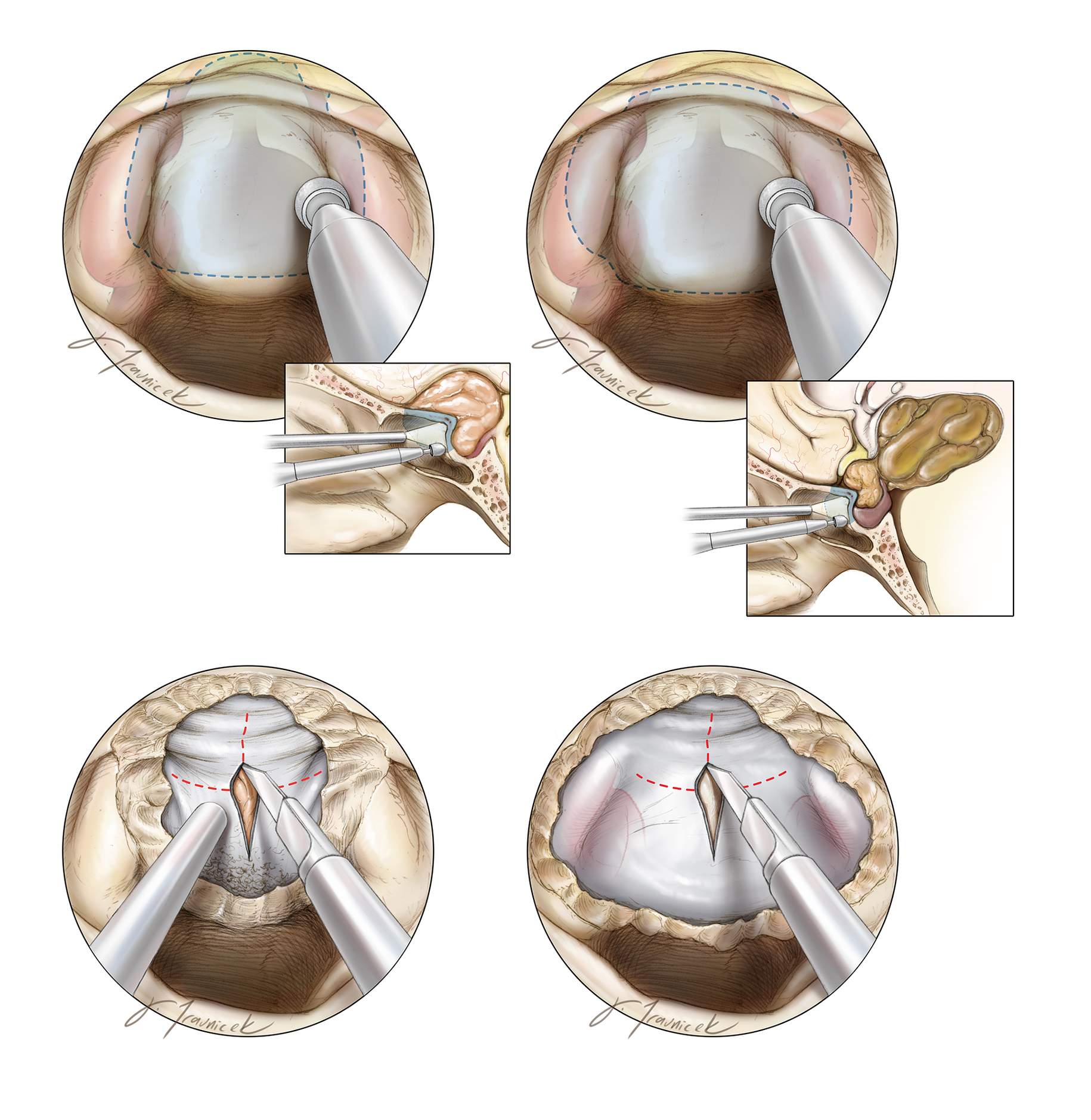 Figure 2: Judicious use of bone resection is important to minimize the most limiting complication of endonasal skull base surgery, namely postoperative CSF leakage. In the left column, a small tuberculum sella meningioma is approached while on the right column, a large craniopharyngioma is exposed. The lateral extent of bony opening is tailored to the underlying pathology.

Endoscopic transnasal resection of tumors follows the general principles of microsurgical tumor resection, including internal debulking, extracapsular dissection, protection of neurovascular structures (including the parasellar and brainstem perforating arteries), respecting arachnoid planes and intraoperative decision-making regarding leaving residual tumor behind if excessive dissection is likely to result in neurologic morbidity.

Once the tumor has been debulked, I sharply dissect its capsule from the underside of the chiasm or brainstem while meticulously preserving every perforating artery. Injury to these perforators is a major source of morbidity following surgery. The capsule is subsequently opened more widely and the tumor is further debulked.

Resection of fibrous, calcified or adherent tuberculum sellae and paraclival meningiomas can be among the most demanding microsurgical transnasal procedures and an intimate familiarity with the endoscopic methods is mandatory before undertaking the resection of these tumors.

For additional illustrations of using endoscopes during skull base surgery, please refer to the Jackler Atlas by clicking on the image below: 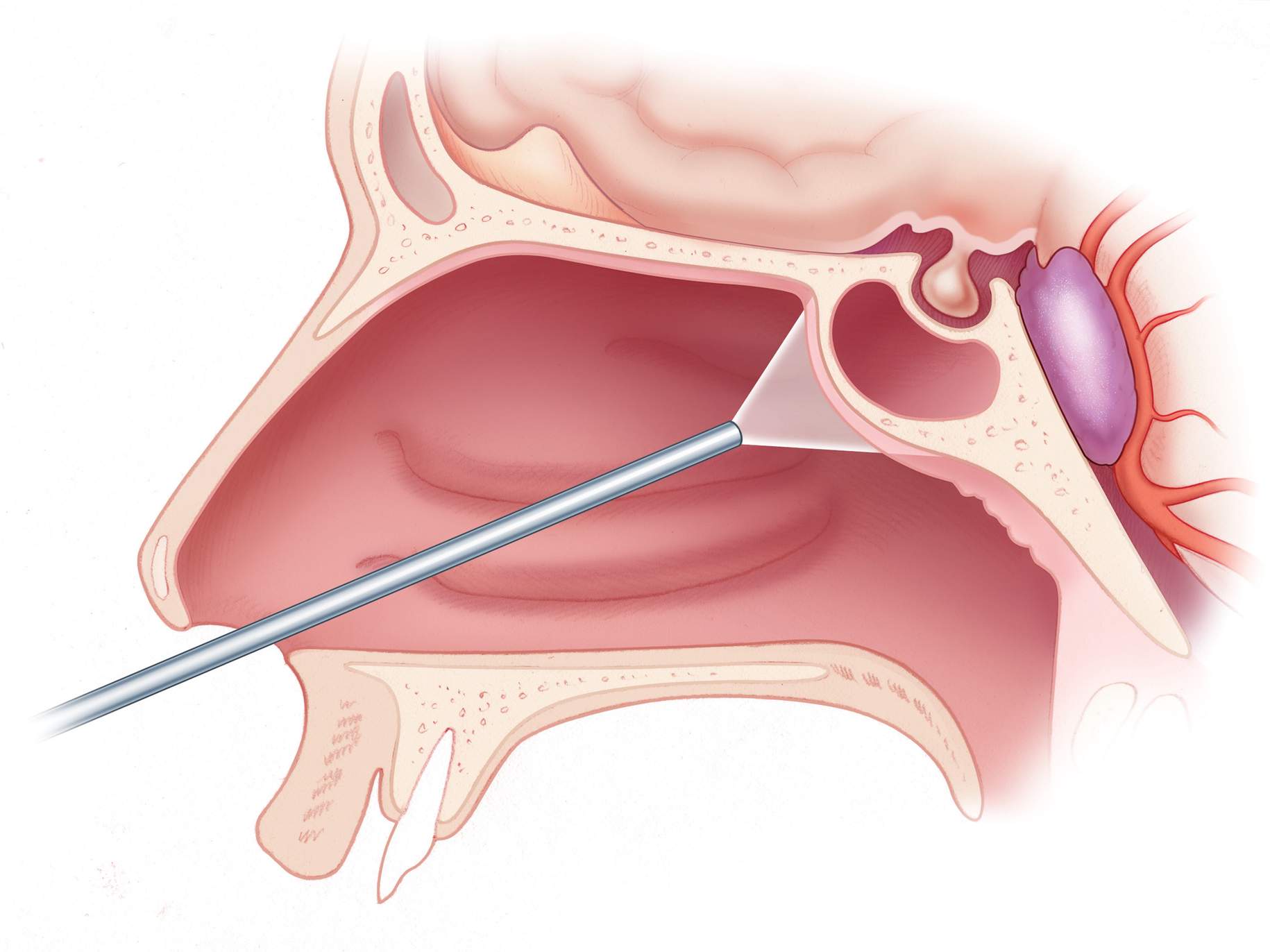