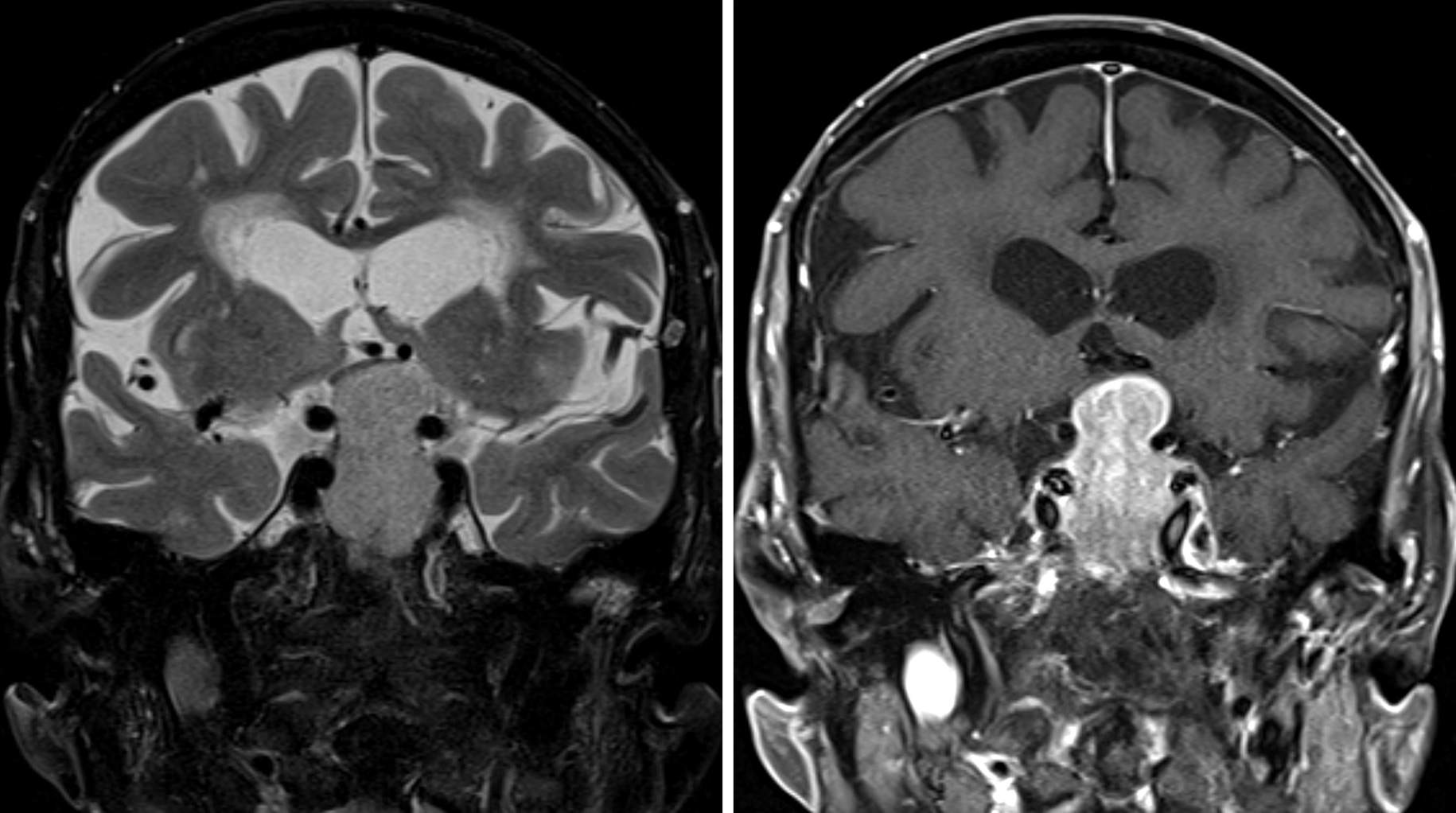 Figure 1: Coronal images through the sella demonstrate a large, short T1 inversion recovery (STIR) hyperintense (left), enhancing (right) mass. The mass has a typical “snowman” shape, with its waist partially constricted by the diaphragma sella. The low signal intensity round flow voids of the intracranial internal carotid artery are abutted by this macroadenoma, but lack of significant extension of the mass between the cavernous and supraclinoid segments on either side makes cavernous sinus invasion by the mass less likely. The optic chiasm is deviated superiorly and to the patient’s right.