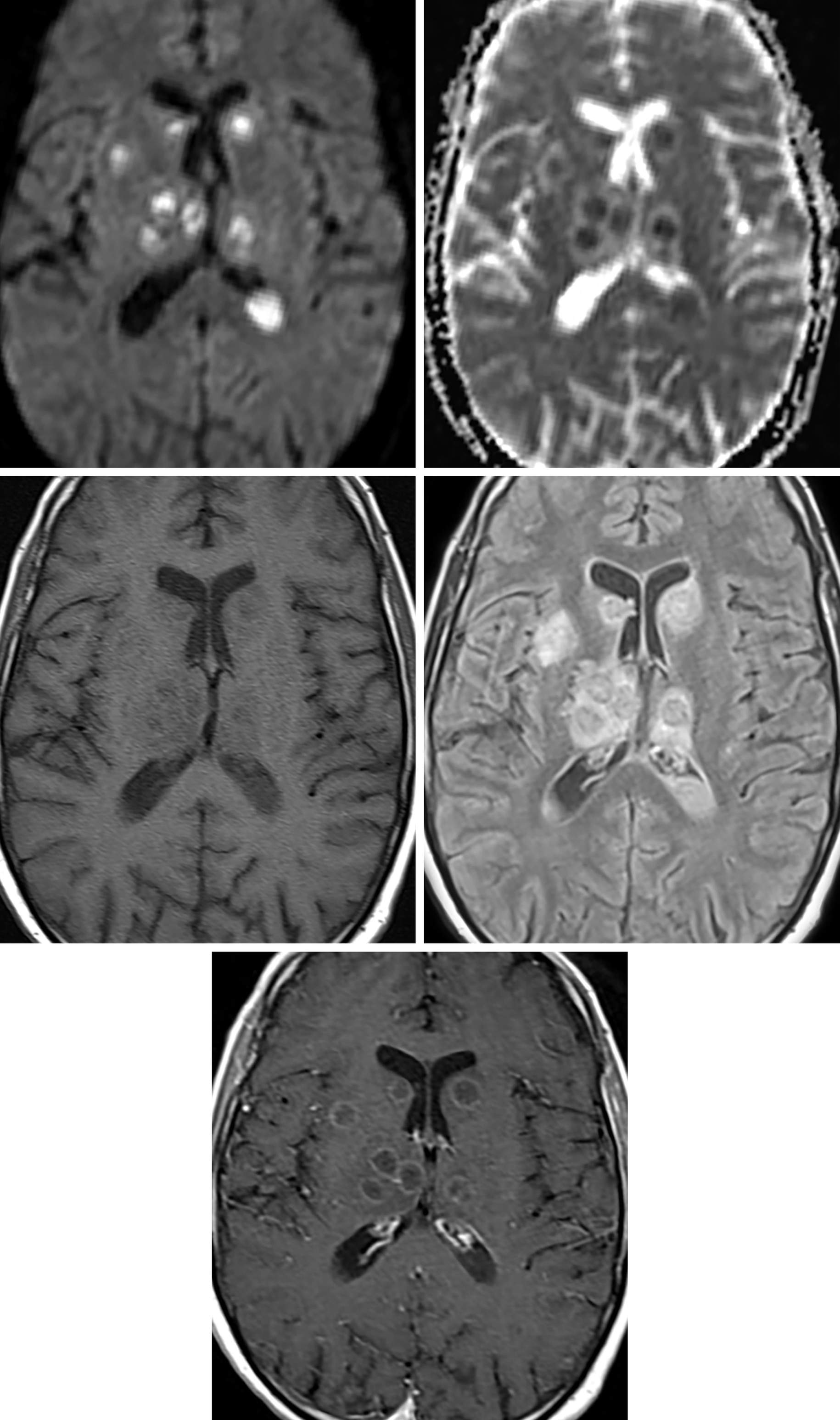 Figure 1: MRI demonstrates multiple FLAIR hyperintense lesions with primarily central reduced diffusivity with spread into the posterior horns of the lateral ventricles (best demonstrated on the DWI and FLAIR sequences). The central location is fairly classic and suggests a systemic cause of the infection.