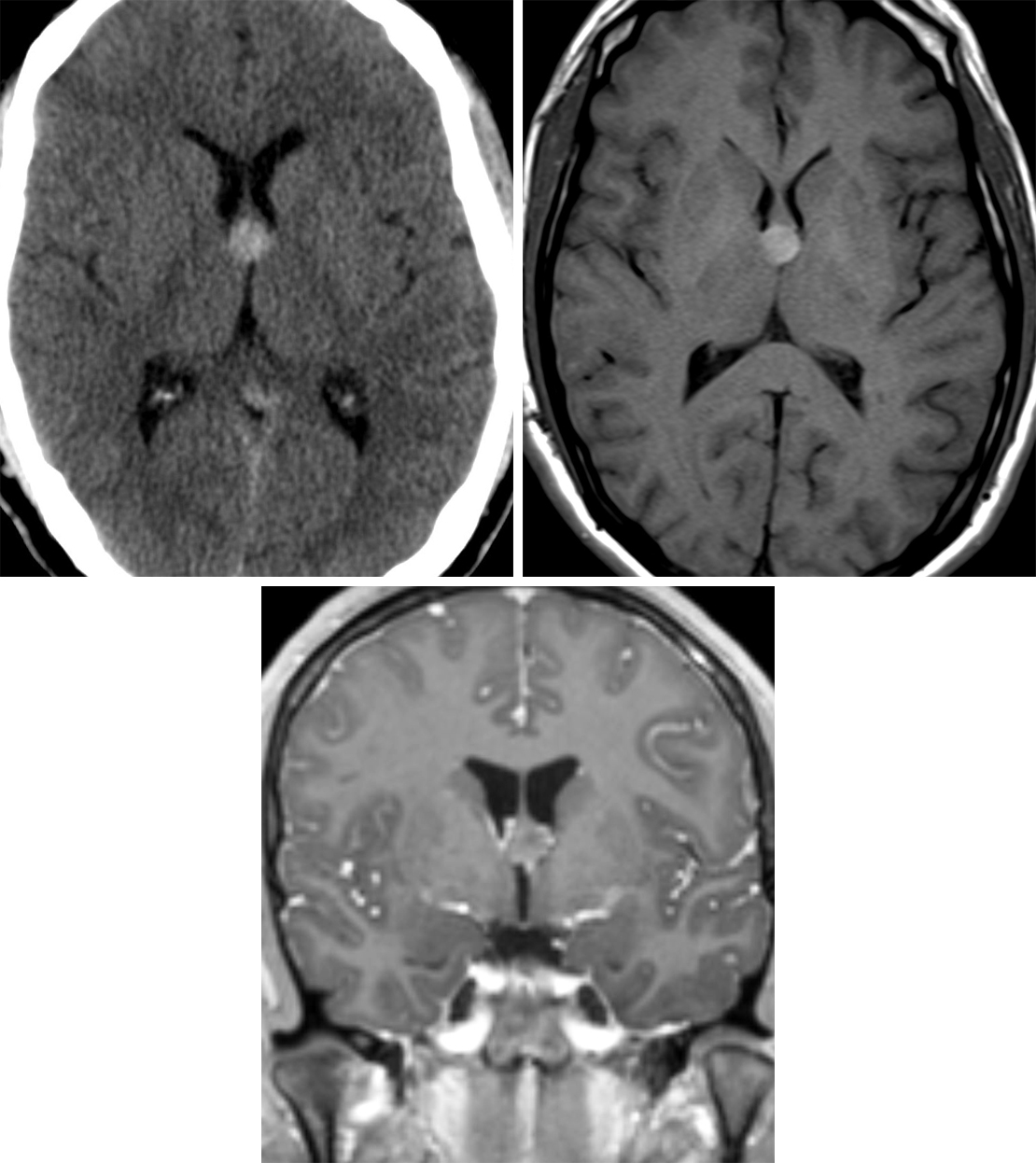 Figure 1: Because colloid cysts are typically filled with a highly proteinaceous fluid, they are often dense on CT (top left) and hyperintense on T1-weighted (top right) imaging. (Bottom) Colloid cysts should have no internal enhancement on T1-weighted postcontrast imaging. This colloid cyst is in the classic location at the foramen of Monro. 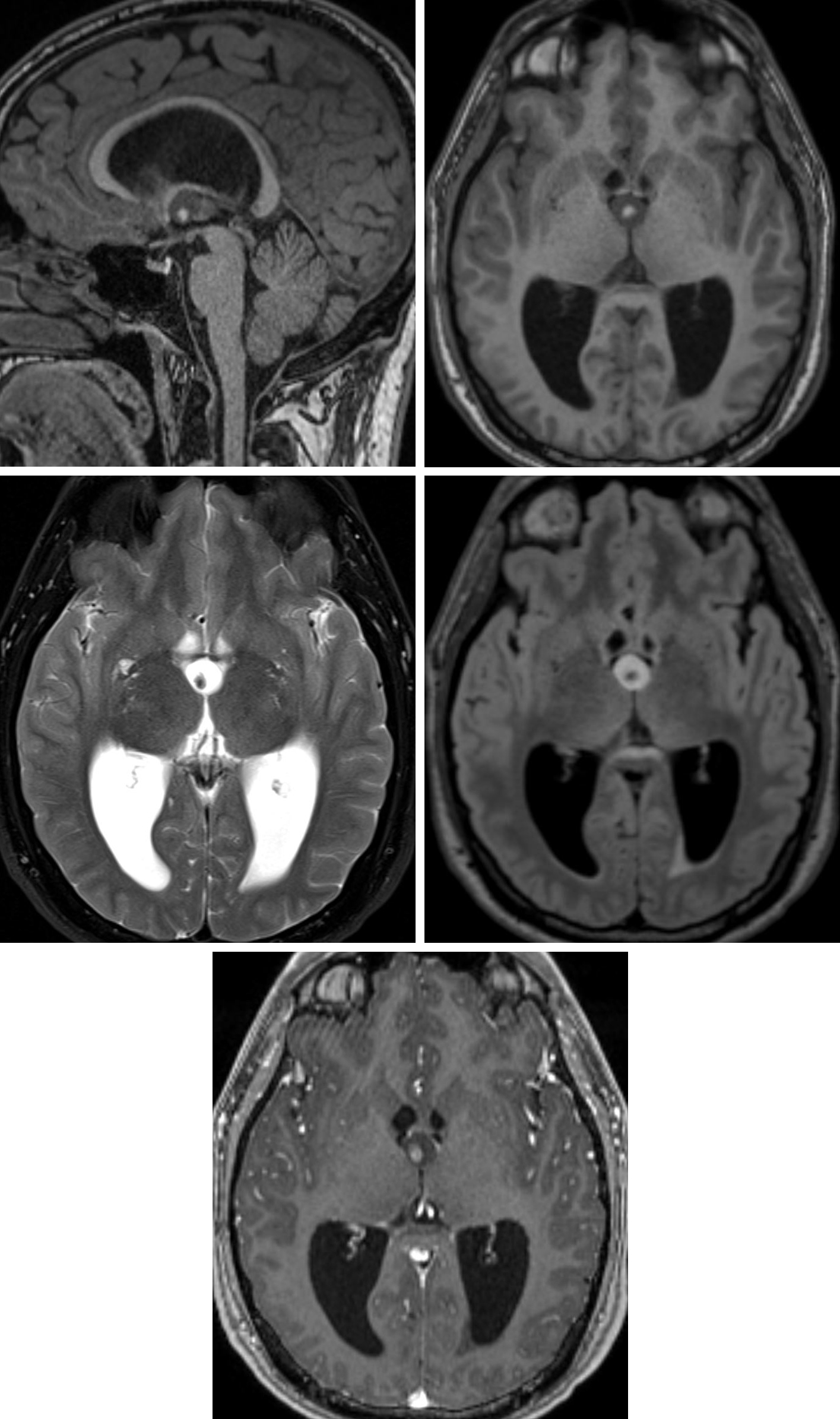 Figure 2: Sagittal (top left) and axial (top right) T1-weighted images demonstrate a low-signal-intensity colloid cyst at the foramen of Monro. The cyst has a central T1 hyperintense focus that represents inspissated proteinaceous debris. (Middle Left) The cyst is bright on T2 with low-signal-intensity proteinaceous debris that is sometimes referred to as the “black hole” effect. (Middle Right) The cyst remains predominantly hyperintense on FLAIR imaging, indicating its content dissimilarity from CSF. (Bottom) This cyst has no appreciable enhancement on postcontrast imaging, with its only hyperintense component being the intrinsically T1 hyperintense debris centrally. Obstructive hydrocephalus is present on these images, a known common risk of colloid cyst due to their position. Incidentally, the internal proteinaceous debris is mobile in this cyst, indicated by its change from a central position on the earlier sequences (top left, top right, and middle right) to a right posterior position on the later sequences (middle left and bottom).

Demirci S, et al. Sudden death due to a colloid cyst of the third ventricle: report of three cases with a special sign at autopsy. Forensic Sci Int 2009;189:e33–e36.