Empyema is a pyogenic intracranial infection of an extra-axial space. It probably occurs secondary to retrograde thrombophlebitis of emissary veins adjacent to the site of infection. In infants, empyemas occur more commonly as a complication of bacterial meningitis. In adults, empyemas can be seen after craniotomy, in the setting of severe sinusitis or mastoiditis, or after trauma. It is important to differentiate simple (reactive) effusions from infected effusions, because empyemas, especially if subdural, are a neurosurgical emergency.

Empyema presents as a rim-enhancing fluid collection with associated meningeal inflammation and possible cerebritis/abscess. Findings on CT and MR parallel each other. 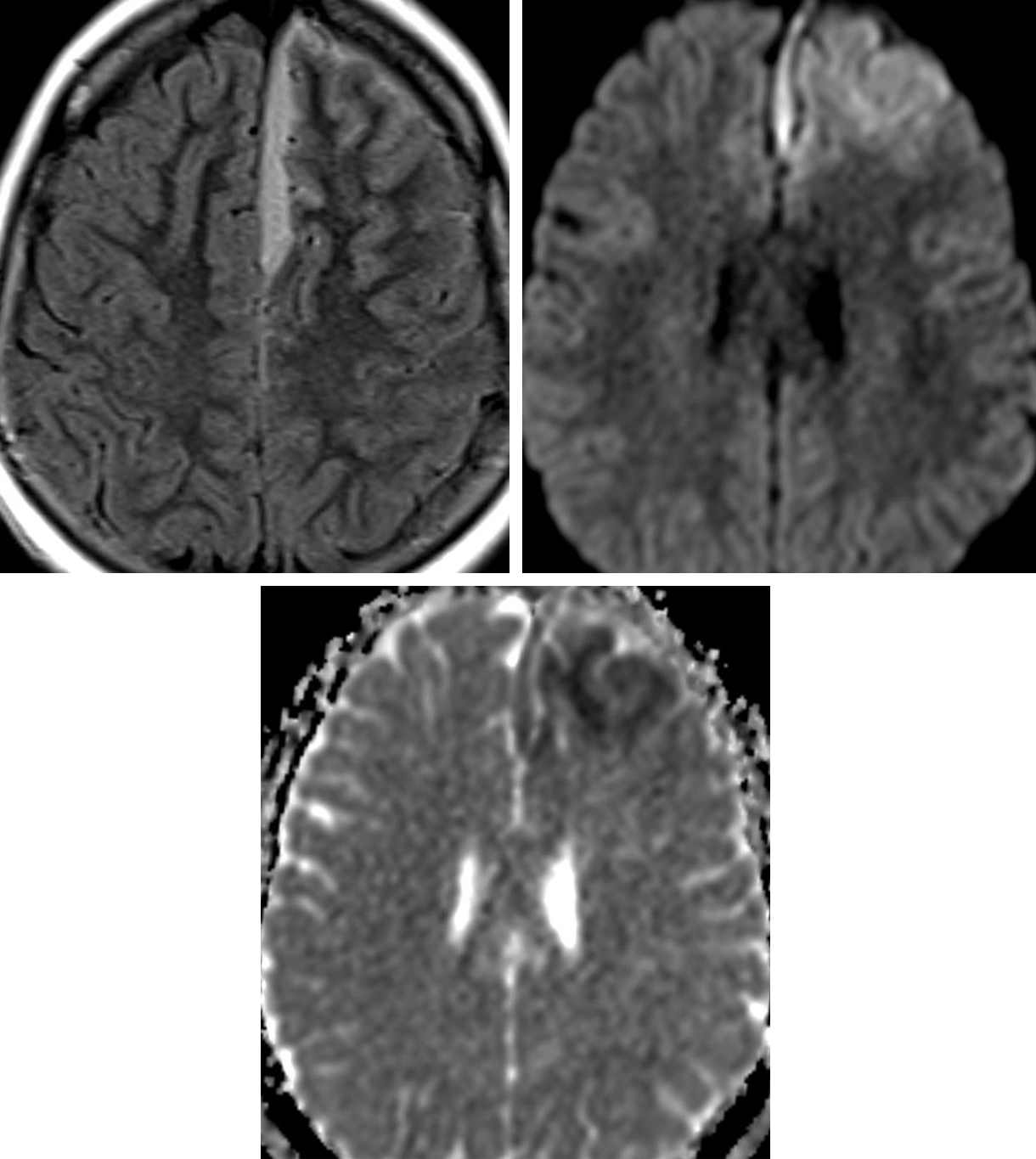 Figure 1: 10 year-old male with meningitis and subdural empyema. A subdural empyema in the left parafalcine subdural space is intermediate in signal intensity on FLAIR image (top row left) reflecting incomplete suppression of this fluid compared to CSF because of the cellular debris within the infected fluid. Also notice the subtly increased signal in the left frontal lobe cortex and leptomeninges likely representing a combination of cerebritis and early changes of ischemia and meningitis, respectively. The parafalcine collection also demonstrates DWI hyperintensity (top row right) and ADC hypointensity (bottom row) representing the typical restricted diffusion in these collections. There is also restricted diffusion in the left frontal parenchyma that likely represents ischemic sequela of the empyema.

Figure 2: The T1 post-contrast sequences show loculation and avid peripheral enhancement of this same subdural collection along the falx and along the inferior surface of the left frontal lobe. Also notice the thickening and enhancement of the adjacent meninges.

Moseley IF, Kendall BE. Radiology of intracranial em­pyemas, with special reference to computed tomography. Neuroradiology 1984;26(5):333–345.