Figure 1: This right frontal meningioma demonstrates low T2 signal intensity and is inciting hyperostosis along the inner table of the right frontal calvarium and along the anterior falx. A hyperintense CSF cleft is also present on T2WI (left) that characterizes this as an extra-axial mass. On contrast-enhanced T1WI (right), this lesion shows adjacent dural thickening and enhancement representing a “dural tail”. 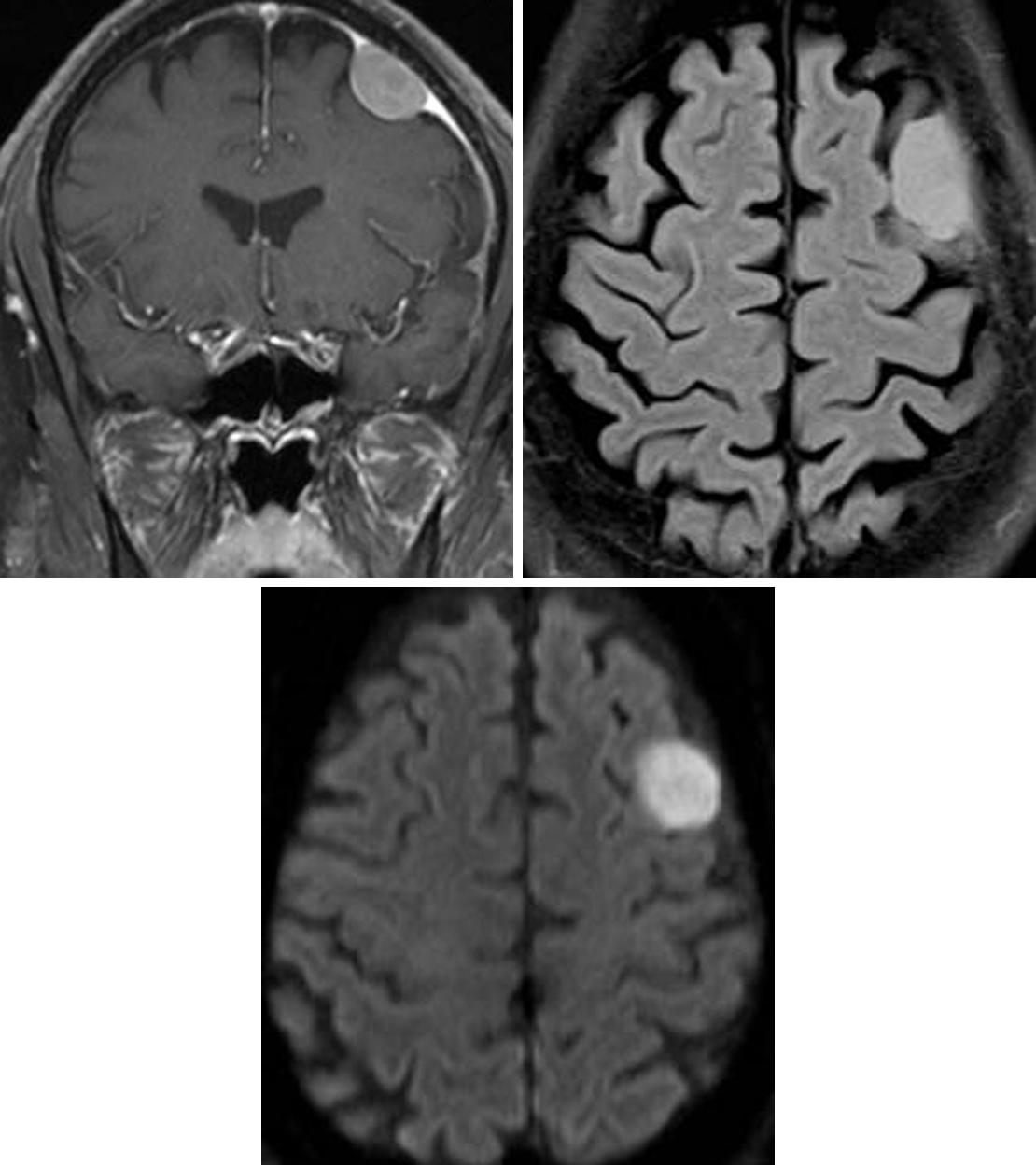 Figure 2: This meningioma is well circumscribed, obviously extra-axial and mildly hyperintense on FLAIR (top row right). The mass demonstrates moderate enhancement and adjacent dural thickening and enhancement representing “dural tail”. There is also restricted diffusion on DWI (bottom), which may or may not be present in meningiomas but often aids in identification when present. 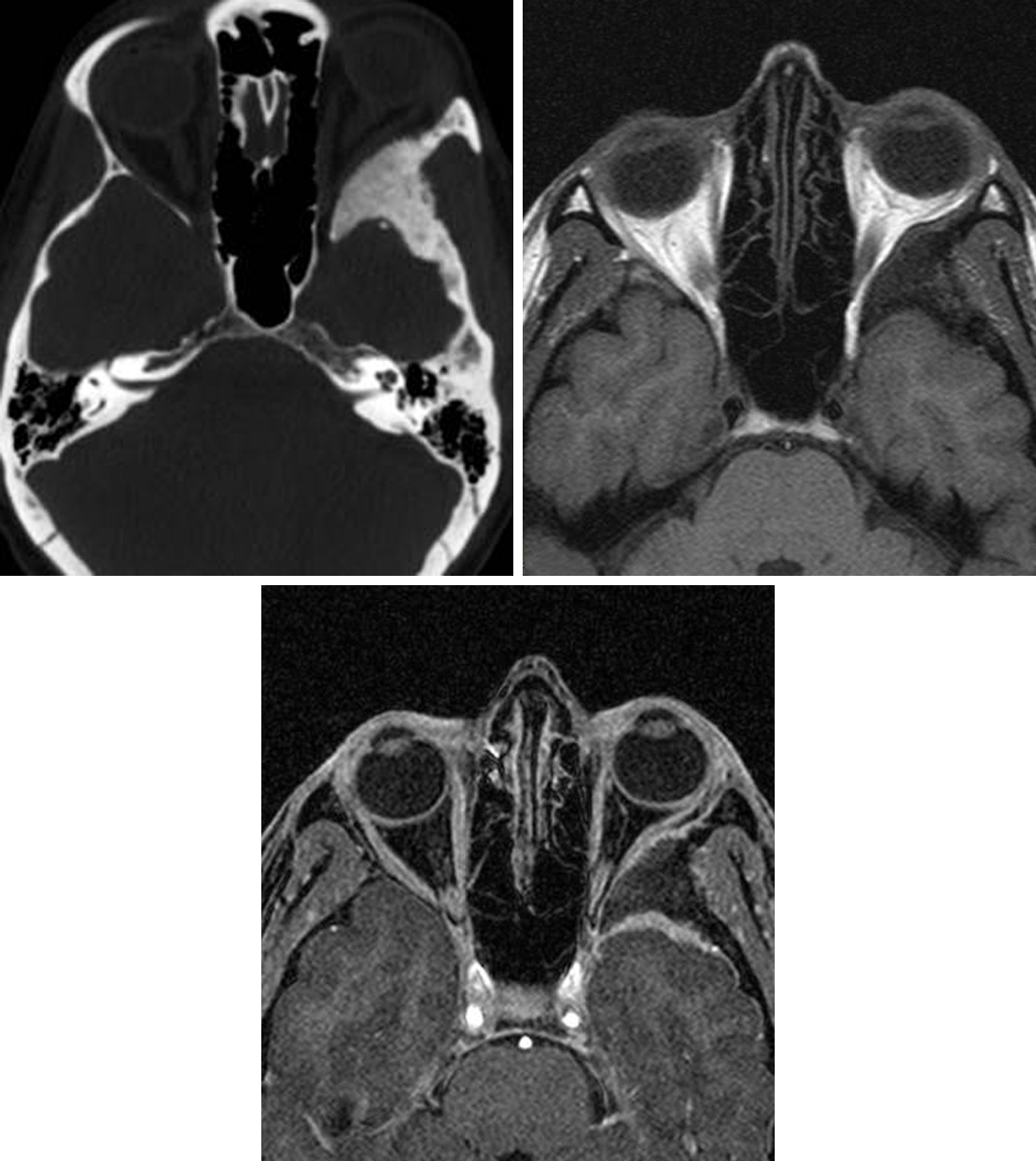