The Herpes viridae are a group of neurotropic viruses that tend to remain latent within cells until reactivated by several causes including emotional stress, immunocompromise and trauma. Of greatest concern in the central nervous system is the Herpes simplex virus, which is the most common cause of acute, fatal encephalitis. HSV type 1 accounts for more than 90% of cases, and HSV-2 the remainder.

HSV encephalitis has high morbidity and mortality – 97.5% of patients who survive the infection have persistent abnormal neurologic function, and the mortality rate is >70% for inadequately or untreated patients. Therefore, a high index of suspicion is required in evaluating brain imaging, especially in the setting of progressive, nonspecific neurologic signs and symptoms, fever, and altered mental status.

Neuroimaging, especially MRI, is a useful adjunct for diagnosis of HSV encephalitis because of the characteristic distribution of disease within the brain. Though classically brain biopsy was the most sensitive and specific study available for diagnosis of HSV, the morbidity and risk involved usually outweigh the benefit. Currently, PCR technique of the CSF plus adjuvant neuroimaging, specifically MRI, is considered “the most rapid, noninvasive, specific, and highly sensitive” way to establishing (or exclude) the diagnosis.

Findings typically begin in the anterior and medial temporal lobes and progress along the limbic system to the inferior temporal lobes and insular cortex. Involvement is typically more pronounced along the CSF-contacting areas of the brain, spreading inward to the deeper brain parenchyma. The basal ganglia are spared, which distinguishes this infectious encephalitis from MCA infarct. HSV encephalitis also tends to hemorrhage, with severity ranging from petechial to frank hematoma associated with necrosis. The following imaging findings reflect inflammation and cytotoxic and vasogenic edema: 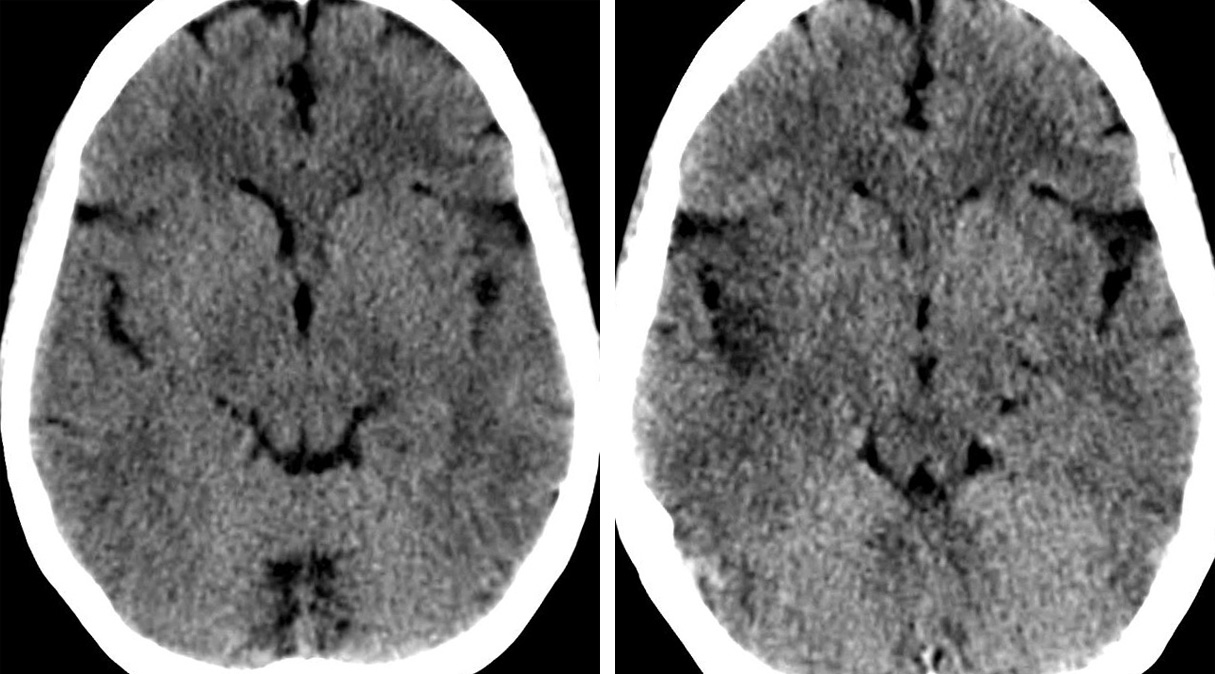 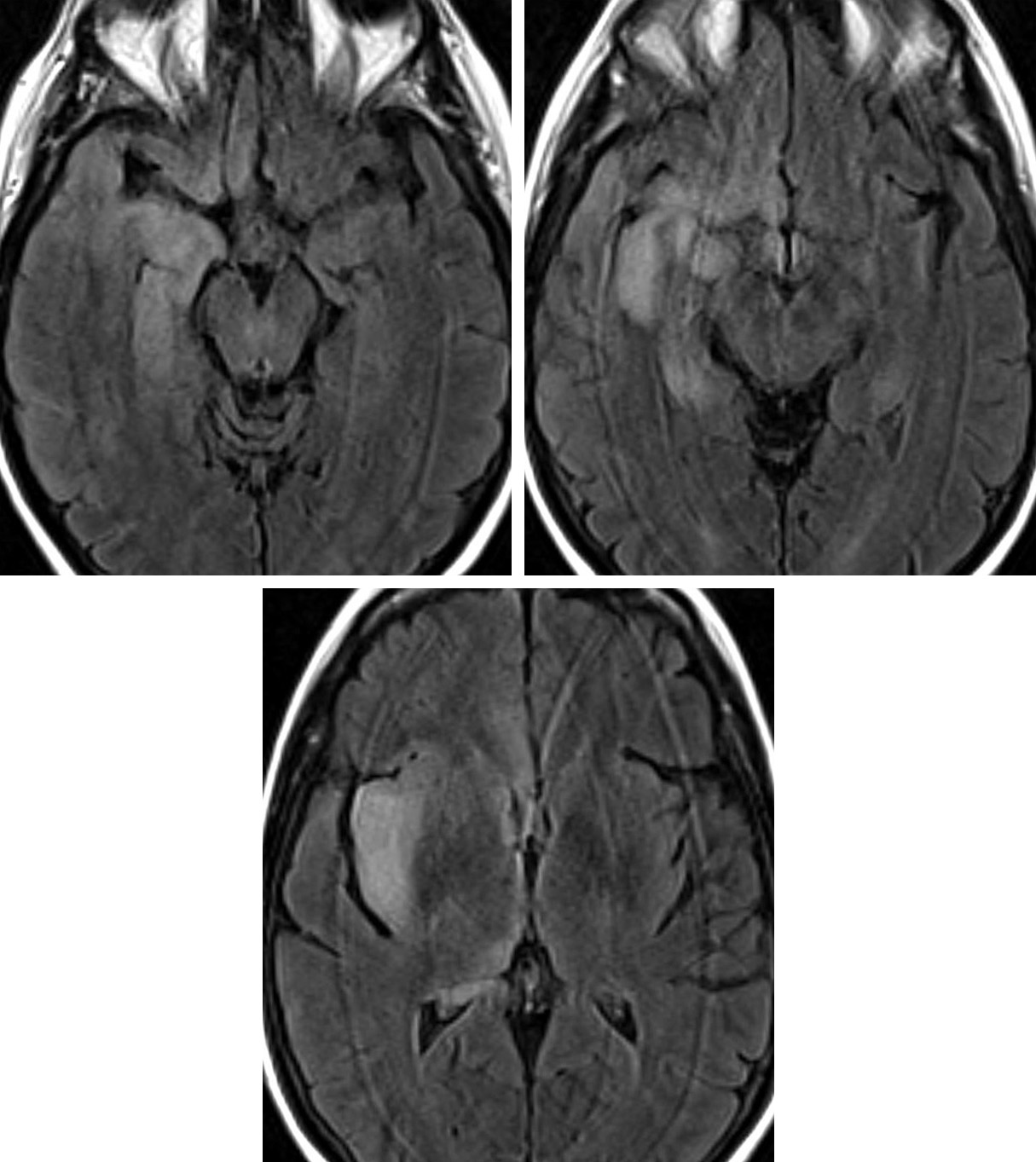 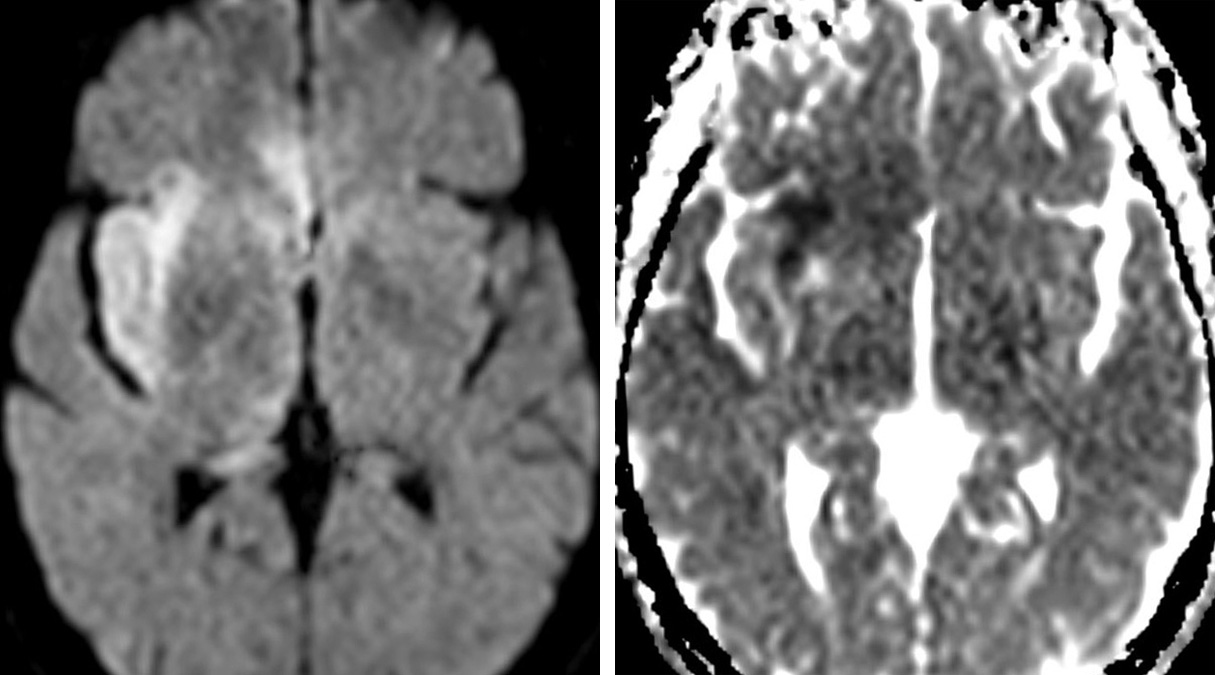 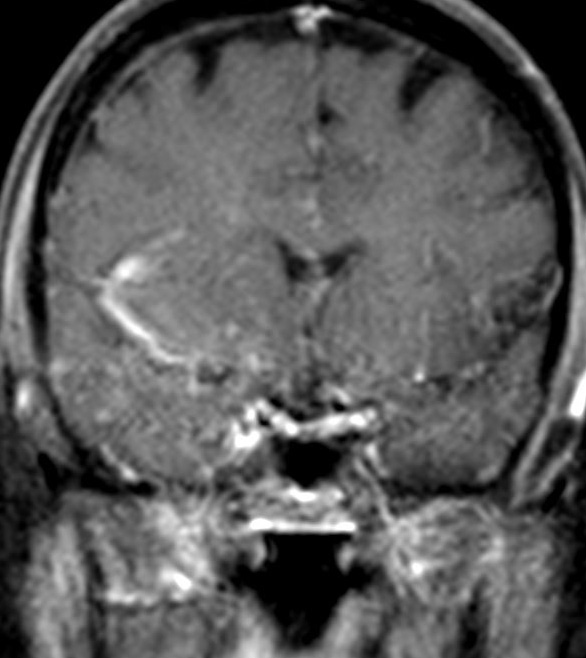 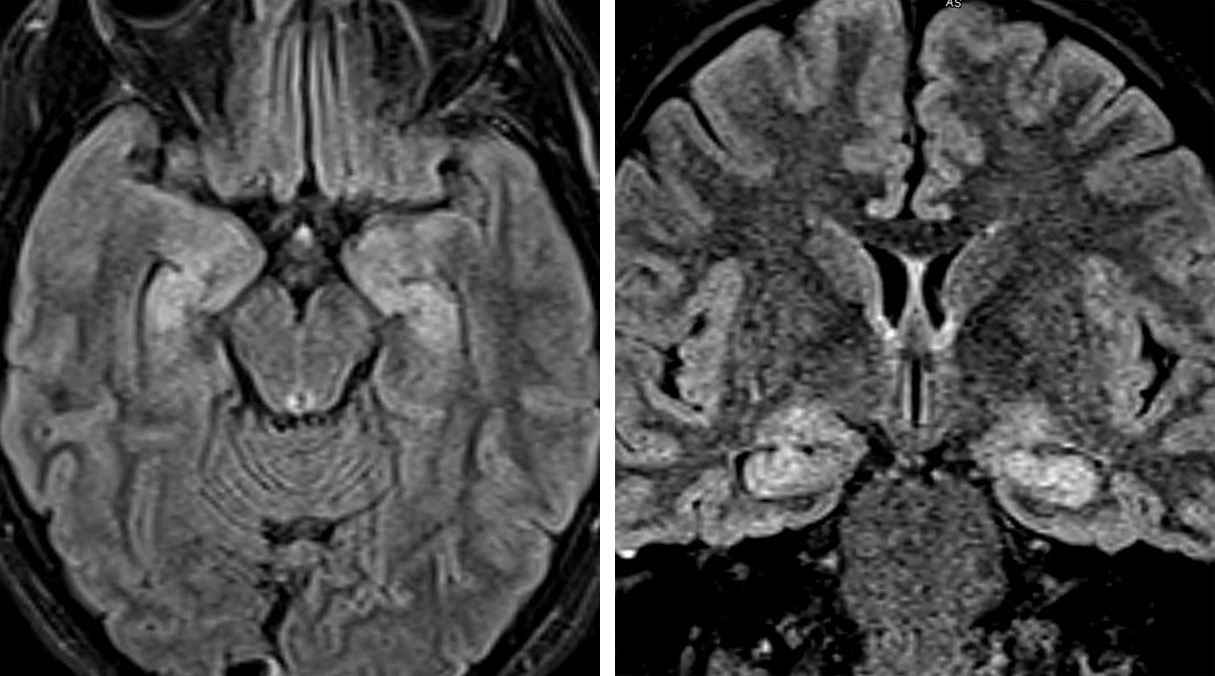 Figure 5: Axial (left) and coronal (right) FLAIR MR images demonstrate enlarged and hyperintense edematous hippocampi mimicking herpes encephalitis. In this patient, however, the findings were due to status epilepticus.