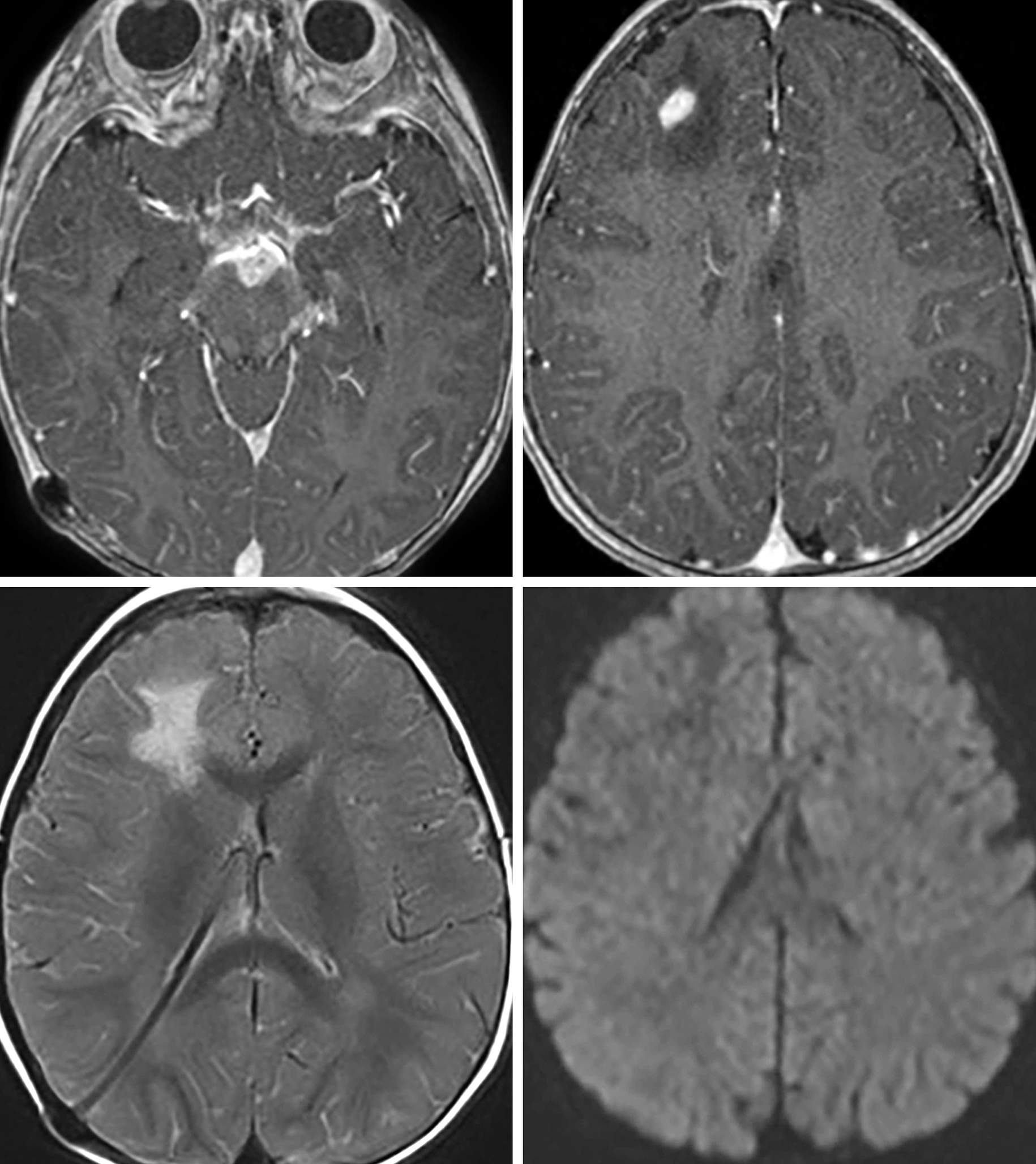 Figure 1: The avid enhancement in the basilar cisterns (top row left) is typical for granulomatous infections such as TB but may also mimic leptomeningeal metastases. The subcortical enhancing tuberculoma (top row right) with surrounding FLAIR-hyperintense edema (bottom row left) demonstrates no restricted diffusion (bottom row right) and would also be more suspicious for metastasis if not for the typical concomitant basilar distribution of infection.