Progressive Multifocal Leukoencephalopathy (PML) is the infection of myelin-producing oligodendrocytes by reactivated JC virus due to immunodeficiency, particularly in AIDS patients when the CD4+ cell count falls below 100 cells/µl. 90% of patients die of the disease within 1 year of diagnosis.

PML shares similarities to other demyelinating diseases – including the presence of a leading edge enhancement and restricted diffusion, its predominantly white matter distribution, and central edema. The distribution of PML is classically asymmetric (while HIV encephalitis is classically symmetric). Though PML may involve most areas of the brain, common locations include subcortical white matter (often frontoparietal) and thalami, progressing to involve more and more areas of the brain in a confluent and often multifocal pattern. 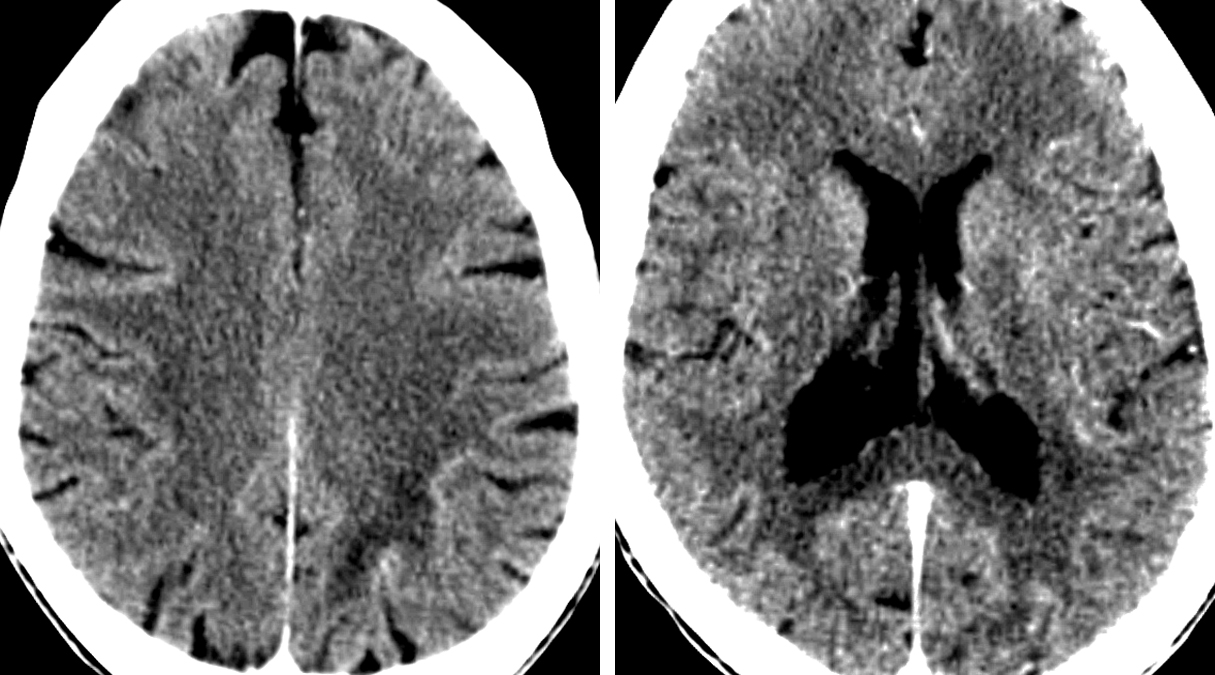 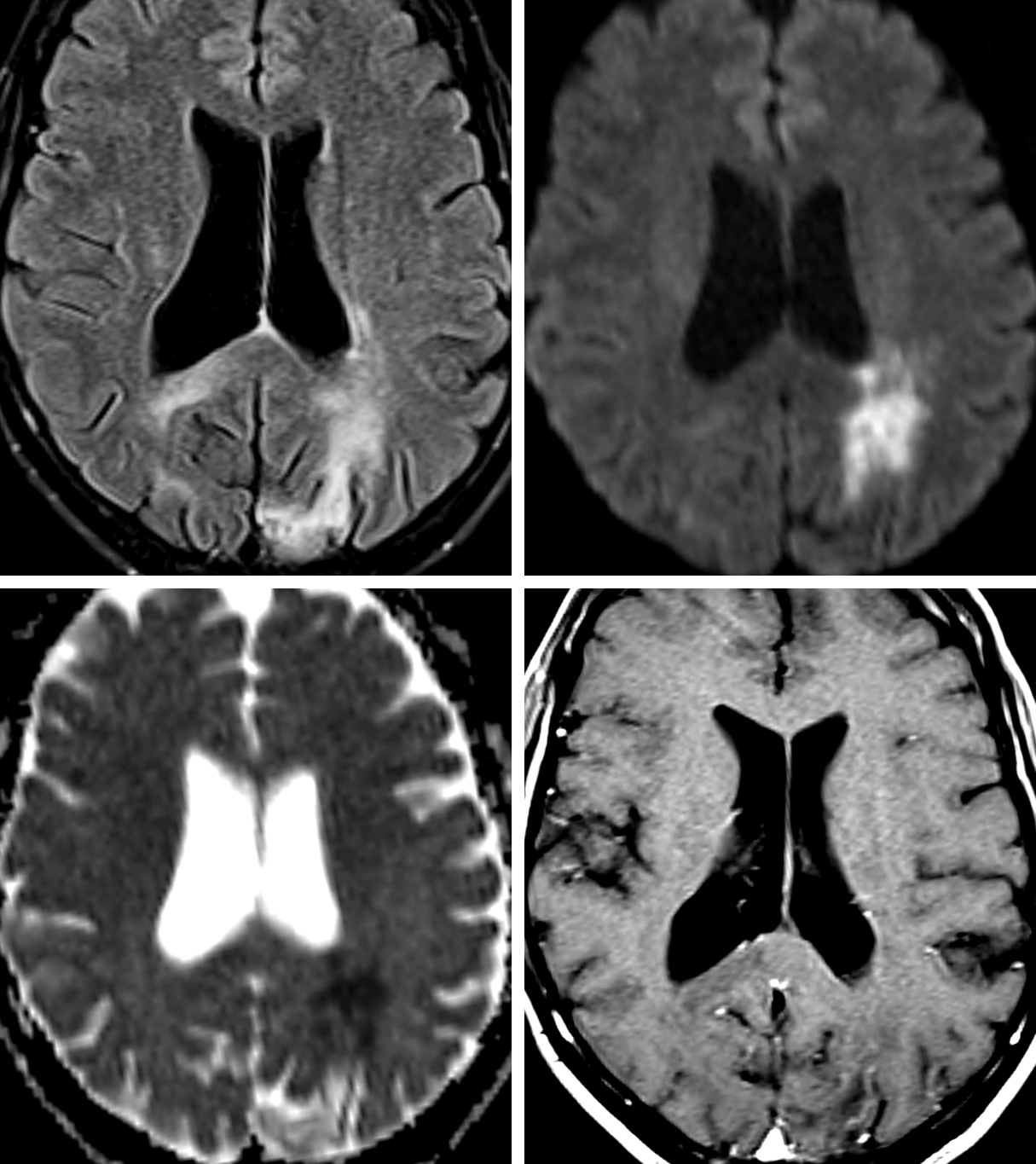 Figure 2: In the same patient as in Figure 1, the FLAIR sequence (top row left) shows both hyperintense and hypointense (due to CSF-like signal suppression) signal intensities in the areas of PML involvement. DWI (top row right) and ADC (bottom row left) images show areas of restricted diffusion in areas of PML involvement, a finding that is sometimes present. T1+C (bottom row right) illustrates striking T1 hypointensity in the subcortical white matter involvement of the posterior parietal lobe, with only minimal adjacent enhancement.

Figure 3: 3-year-followup MRI for this same patient after successful treatment for HIV illustrates the long-term damage done by PML. The encephalomalacia and gliosis in the left parietal lobe demonstrates areas of parenchymal hyperintensity on FLAIR with CSF-like hypointensity in the areas of most severe chronic involvement more posteriorly. T1-weighted image (right) also illustrates the atrophy and striking hypointensity.

For more information, please see the corresponding chapter in Radiopaedia and the PML tumor mimic chapter in the Neurosurgical Atlas.