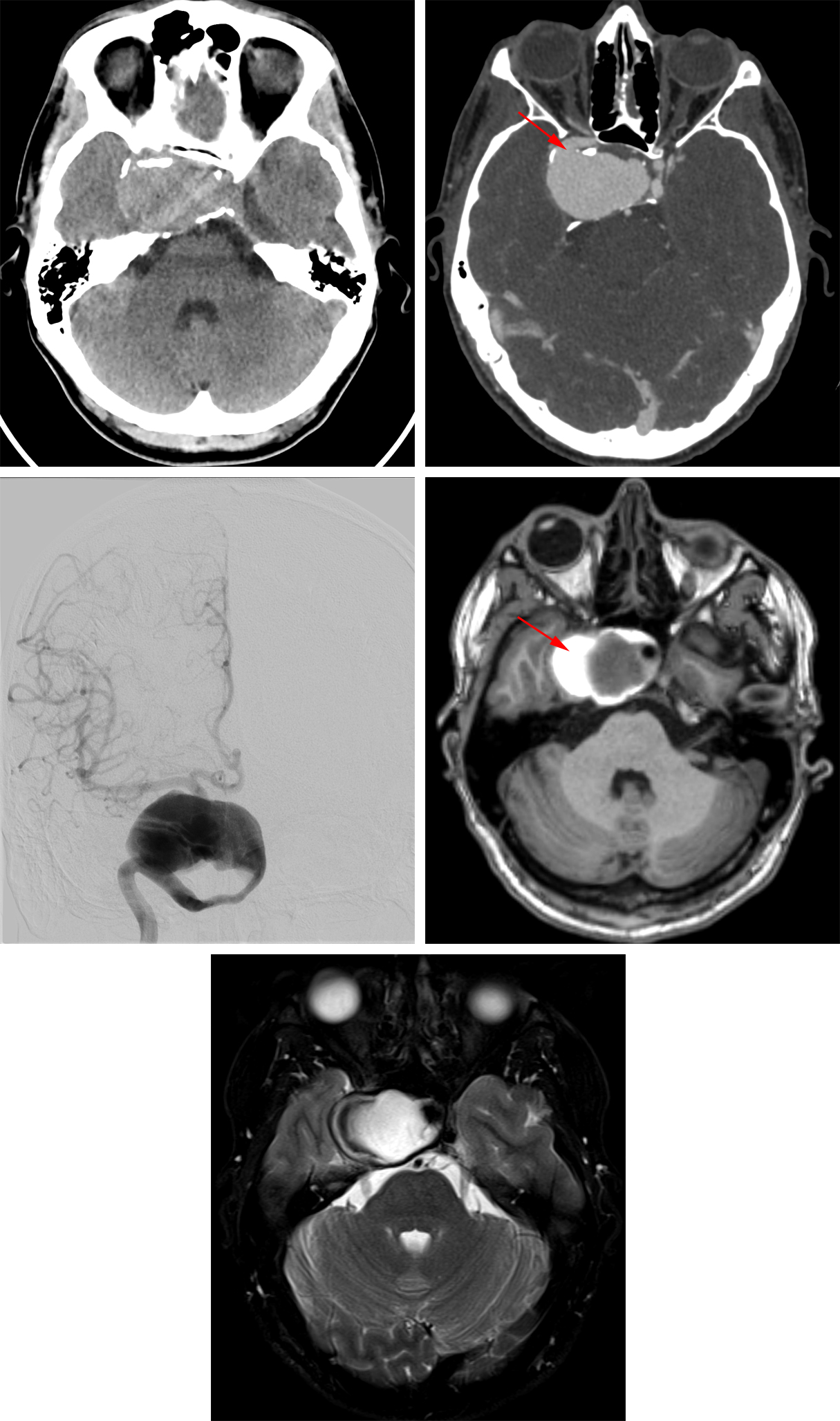 Figure 1: Axial nonenhanced CT image (top row left) through the suprasellar cistern in this 27-year old male patient demonstrates a large mildly dense parasellar mass with peripheral calcifications. The CT Angiogram (top row right) demonstrates this mass to have direct communication with the internal carotid artery (arrow) and to have an enhancement pattern identical to the opacified vessels in the brain, a characteristic that would be unusual for tumor. Conventional angiogram (middle row left) demonstrates the size and extent of this giant aneurysm and its communication with the elongated internal carotid artery. T1 (middle row right) and T2 (bottom row) weighted MRI images of this aneurysm (after pipeline stent placement) may also be easily mistaken for a mass with either hemorrhage or proteinaceous material, particularly given the T1 hyperintensity (arrow). In reality, this likely represents clotted blood within the aneurysm.

For more information, please see the corresponding chapter in Radiopaedia, and the Subarachnoid Hemorrhage and Aneurysm chapter within the Cerebral Vascular Diseases sub-volume within the Neurosurgical Atlas.