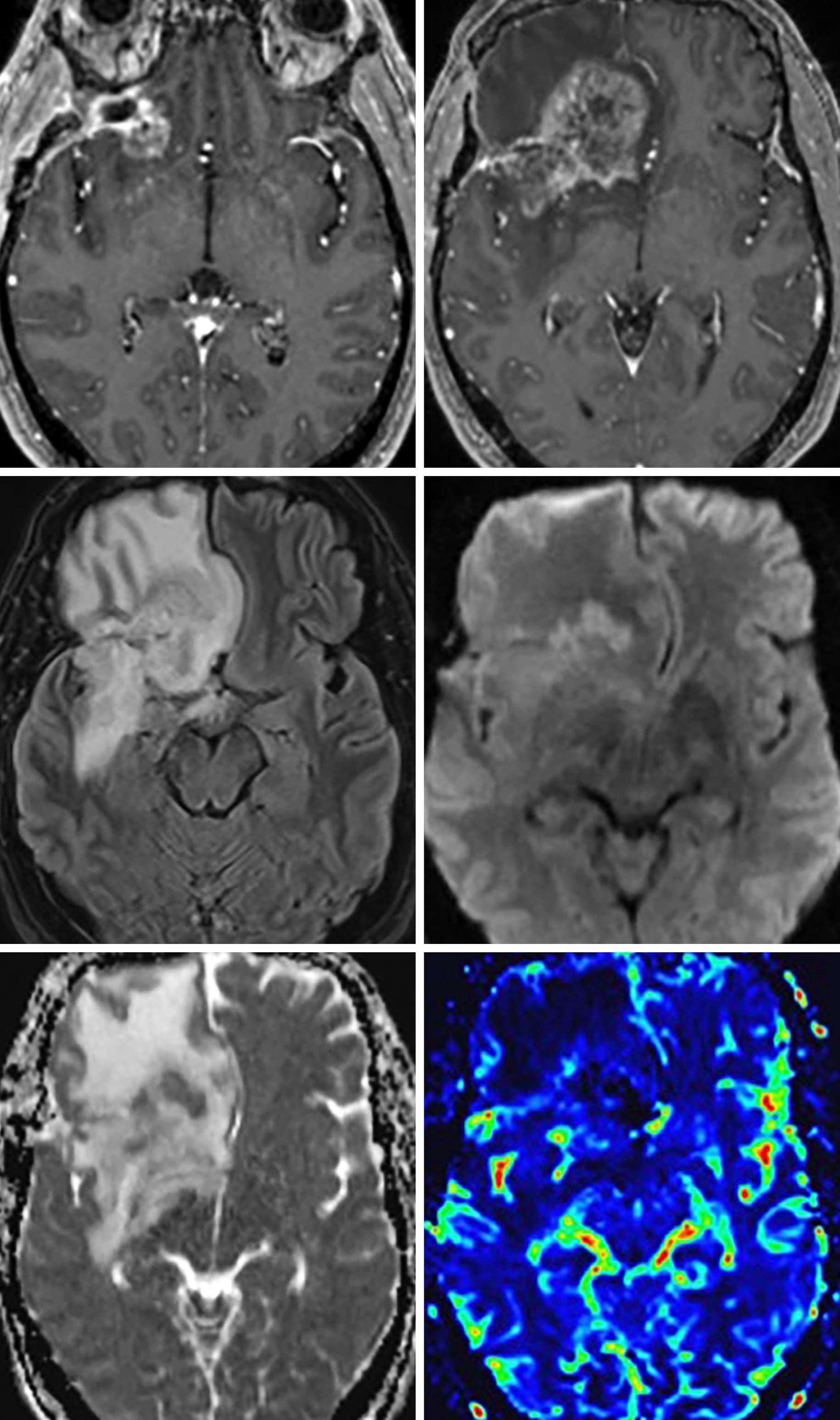 Figure 1: This patient’s pre-treatment (top row left) and 2-month post-radiation and temozolomide contrast-enhanced images (top row right) demonstrate a striking change in the region of abnormality. Notice the significant interval increase in size of the heterogeneously enhancing lesion with large amount of hyperintense edema, mass effect and right to left midline shift on post-treatment FLAIR (middle row left). While there are patchy foci of reduced diffusivity within the post-treatment lesion(middle row right, bottom row left), there is a lack of hyperperfusion in the region of known enhancement on the MR perfusion CBV image (bottom row right). The reduced diffusivity may suggest residual neoplasm, but can also be seen in hemorrhage/coagulative necrosis of radiation injury. The significantly increase in abnormal enhancement and FLAIR hyperintense signal and the lack of hyperperfusion suggests pseudoprogression rather than tumor progression, but serial followup imaging will provide this answer more definitively.

Melguizo-Gavilanes I, et al. Characterization of pseudoprogression in patients with glioblastoma: is histology the gold standard? J Neurooncol. 2015; 123(1):141-150.