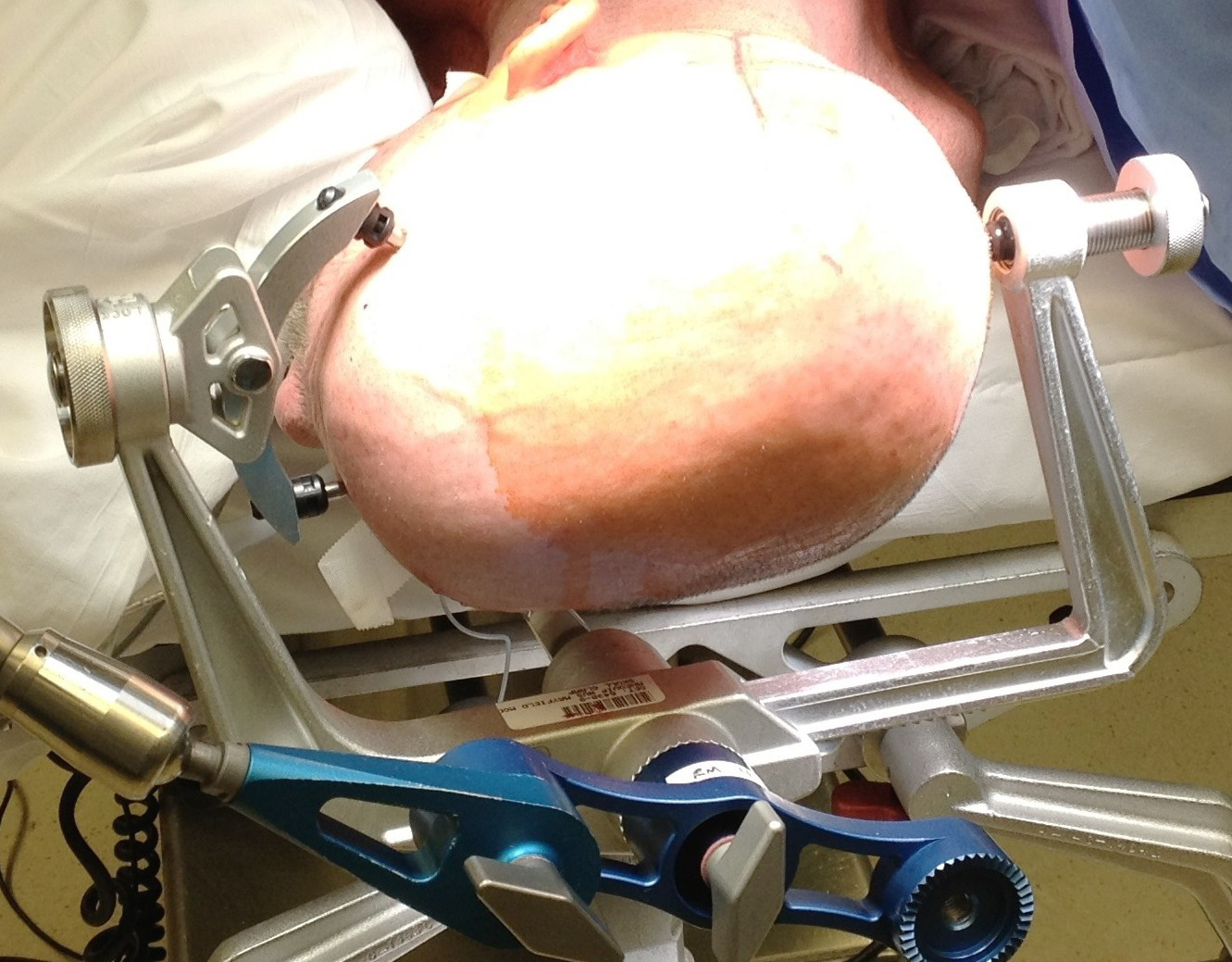 Figure 1: The main axis of fixation (a line connecting the single pin to the middle of the double pins is not crossing the midline sagittal plane of the patient’s head. This configuration significantly increases the risk of fixation failure.

Displacement of three-point pin fixation occurs at some point in the career of every neurosurgeon. The patient’s head can move out of the pins despite correct pin placement and presumably appropriate fixation. The fixation failure often occurs when there is stress on the fixation points, such as during drilling, bone work, or elevation of the bone flap. Counter tension can decrease the risk of clamp failure. For more details about appropriate clamp application and complication avoidance, refer to the following sections of this Atlas: Skull Clamp Placement and Patient Positioning in the Principles of Cranial Surgery volume.

Common Reasons for Pin Displacement include:

Failure of the skull clamp can place the patient at significant risk, but is easily preventable using appropriate measures. Certain principles must be satisfied for pin positioning. After the clamp is applied on the skull, it is critically important to check the fixation points and stress test the pins to ensure adequate fixation. Two known anatomic positions prone to pin slippage are the posterior fossa and the lateral wall of the orbits. Thick muscle masses in these areas may compromise fixation.

Selection of correct pins is important to secure an eventless surgery. Care should be taken to avoid overtightening the pins to prevent skull fractures. This complication can occur if the pins are placed over the thin temporal squamous bone, especially if the patient is a child. Ping-pong ball fractures can happen in young children. A special consideration in the pediatric population is the possibility of skin necrosis that can occur due to pressure from the shoulder of the pins. 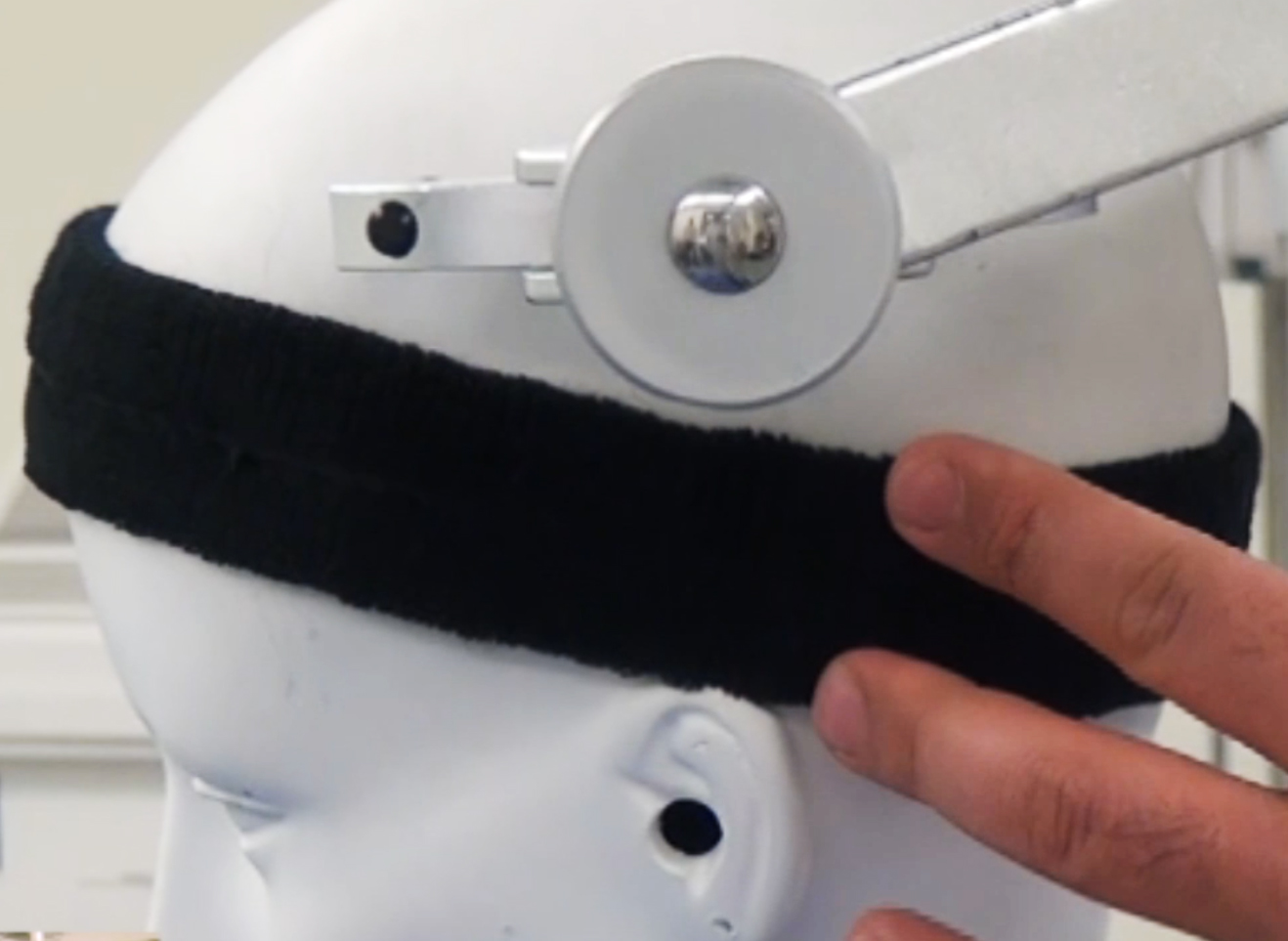 Figure 2: Another important step to reduce the risk of pin displacement is correct positioning of the pins close to the equator of the head along the “sweatband.” Implanting the pins near the vertex can facilitate clamp slippage.

A slipping pin can injure other anatomic structures and cause local infection and epidural hematoma. Slippage of a frontal pin into the orbit may lead to blindness and a need for orbital enucleation. 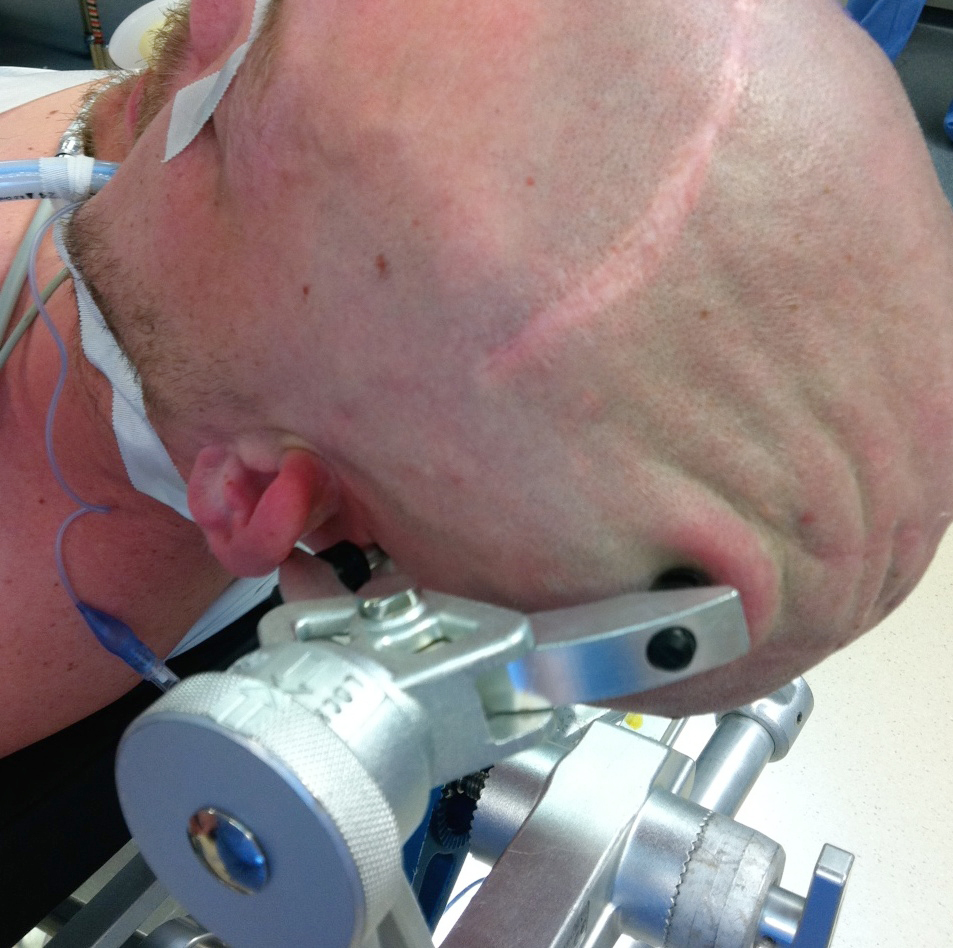 Figure 3: Placement of the pins away from the midcoronal plane and too close to the concave boundaries of the skull may lead to pin slippage.

Since awake patients who undergo cortical mapping may become confused and attempt to move their heads through the skull clamp during surgery, I increase the weight of pin fixation to 80 pounds (from the standard 60 pounds) in these situations.

Patients who have previously undergone a craniotomy or shunt placement should be carefully evaluated before skull clamp placement. The area of the bone flap (and surrounding burr holes or bony defects) or the shunt system should not be penetrated with any of the pins. These considerations or restrictions often force the operator to place the clamp in nontraditional positions, potentially increasing the risk of fixation failure.

Failure of the Skull Clamp Fixation

Pin displacement can be seen, felt, or heard. One of the immediate consequences of pin slipping is that the navigational data are rendered inaccurate. When displacement of the pin fixation is suspected, the operation should be paused.

The ensuing reactions depend on several factors, including the severity of clamp dislocation (that is, the patient’s head is outside the skull clamp), the expertise of the surgeon, and the nature or stage of the operation.

The operation may be continued and then concluded if displacement occurs during the final stages of surgery and the patient’s head is not at risk because some fixation is still available. The head should not be further manipulated unless all movements and pins are under direct vision or palpation. Most importantly, the endotracheal tube should be checked to ensure its correct position and to exclude its disconnection with respect to head dislocation.

The head should be stabilized with the fewest possible maneuvers to reduce the risk of further movement and concomitant damage to the adjacent scalp and skull. Scalp lacerations because of pin displacement may lead to excessive bleeding, and hemostasis may be necessary. The orientation of the head can be investigated under the drapes, and structures such as the eyes and ears inspected. Sterility in the operative field must be maintained. If the head is located outside the pins and the neck is at risk, termination of the operation and undraping and resetting of the pins is necessary.

Termination of the operation is always an option, but the ultimate decision should be made by the operating surgeon based on factors that should be wisely judged at the time of pin displacement.

If the pins have led to significant lacerations of the forehead and pinna, consultation with the plastic surgery service may be warranted to minimize cosmetic deformity. The shoulder of the pins may lead to scalp pressure necrosis, especially among patients with thick scalps undergoing long operative sessions. Placement of the pins over the regions of the skull where the scalp is thinner (the superior temporal line) can minimize these risks.