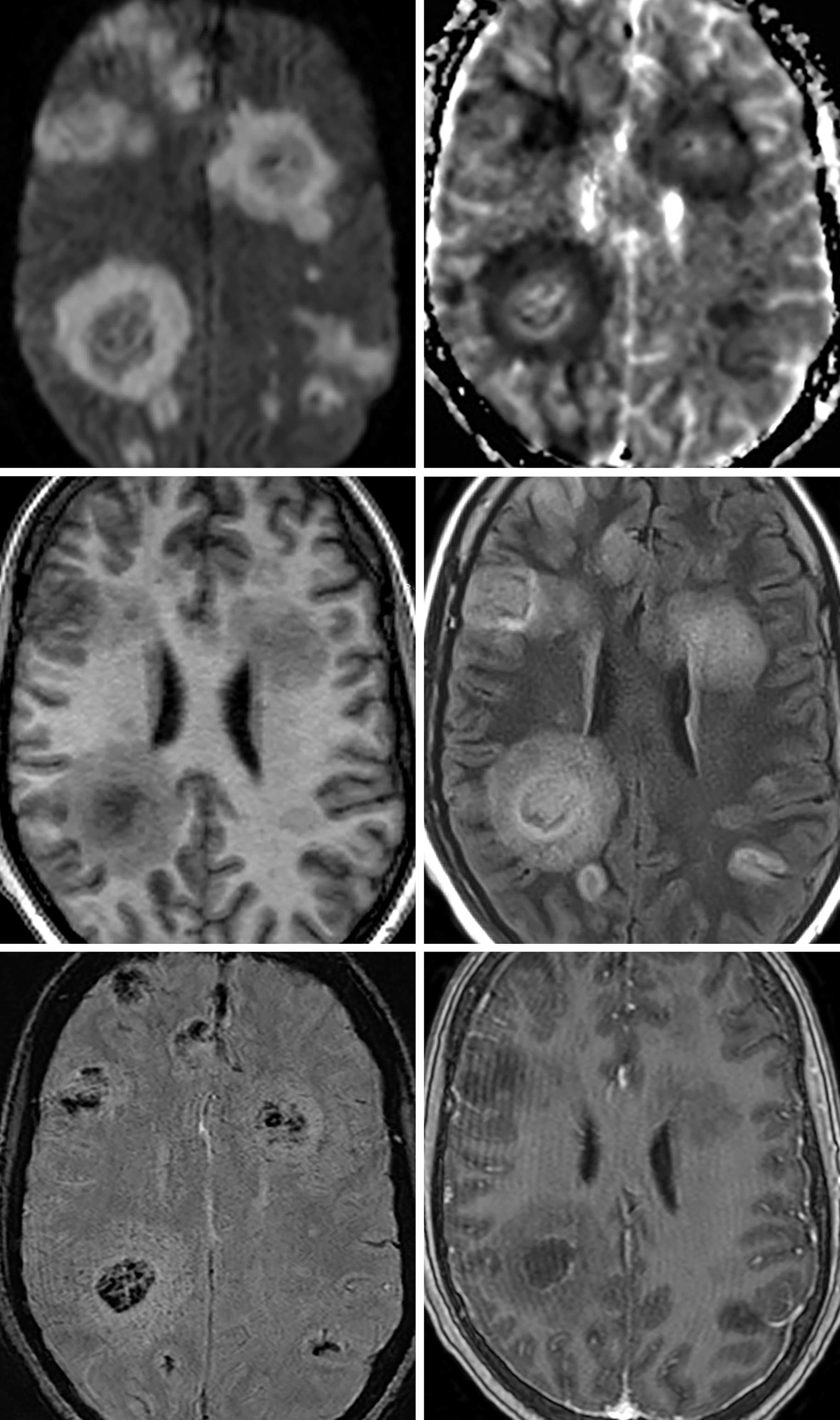 Figure 1: In this patient, there are multiple, randomly distributed lesions scattered throughout bilateral cerebral hemispheres. The lesions demonstrate a ring pattern, or rim of peripheral restricted diffusion and central hypointense DWI signal (top row). The rim pattern of signal abnormality carries through on all sequences (middle row). On the SWI image (bottom row left), there is central hypointense signal which often corresponds to a combination of hemorrhage and fungal elements. As in most patients with aspergillosis, there is little to no peripheral enhancement (bottom row right).

Starkey J, et al. MRI of CNS Fungal Infections: Review of Aspergillosis to Histoplasmosis and Everything in Between. Clin Neuroradiol. 2014; 24(3):217-30.