For the occipital transtentorial route, preoperative magnetic resonance venogram or computed tomography venogram may be considered to locate the bridging veins in the parasagittal occipital region.

The occipital transtentorial approach enters the cranial vault through a unilateral occipital craniotomy. This approach offers wide exposure of the quadrigeminal plate and is particularly useful for large pineal region tumors that extend laterally and inferiorly. This approach is especially favorable for reaching lesions arising from the precentral cerebellar fissure, posterior incisural space, and adjacent structures.

Multicompartment lesions that occupy the pineal region and extend into the posterior thalamus, lateral ventricle, medial temporal lobe, and over the corpus callosum require expanded working angles and may benefit from the use of the occipital transtentorial route. Masses that expand into the depth of the precentral cerebellar fissure and toward the roof of the fourth ventricle are especially reasonable targets for this approach.

Arteriovenous malformations involving the splenium and pineal region can be widely exposed via this approach; early access to the feeding vessels from the posterior cerebral artery is possible without placing the draining veins that join the Galenic system at risk.

The drawbacks of the occipital transtentorial approach include difficulty with anatomic orientation, the need to divide the tentorium (working around the veins of the deep venous system), and the possibility of a homonymous hemianopsia from occipital lobe retraction. The risk of visual field deficits is minimized by directing the operative trajectory under the occipitotemporal junction or by directing the trajectory along the interhemispheric corridor.

The precentralfissure or cerebellomesencephalic fissure is generously exposed via the occipital transtentorial corridor. This space is marked anteriorly by the superior cerebellar peduncles, lingula of the vermis over the superior medullary velum, proximal trochlear nerve, and the quadrigeminal plate, in addition to the pineal body. The roof of this space contains the vein of Galen, splenium, hippocampal commissure, pulvinar, fornix, and parahippocampal gyri. These regions have been traditionally reached via the infratentorial supracerebellar approach. 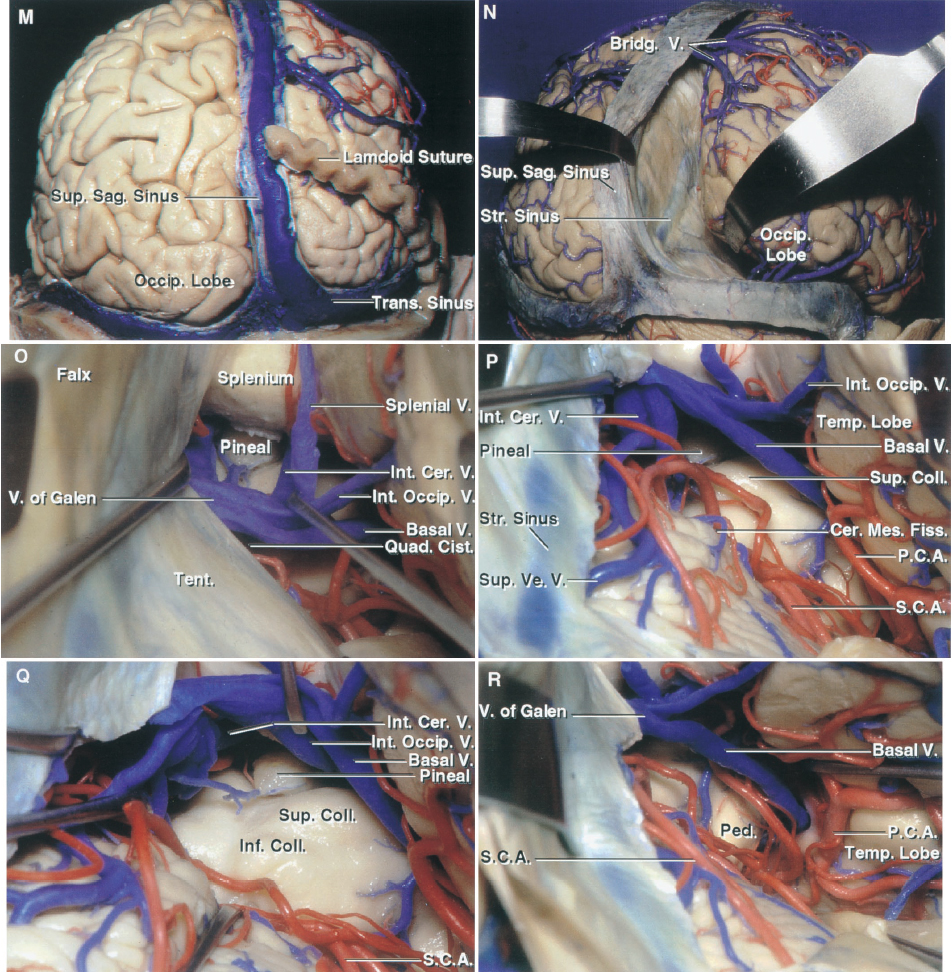 Figure 1: The steps for the occipital transtentorial approach are shown. Note the panoramic view of the pineal region and the expanded superior-to-inferior operative trajectory (Images courtesy of AL Rhoton, Jr). 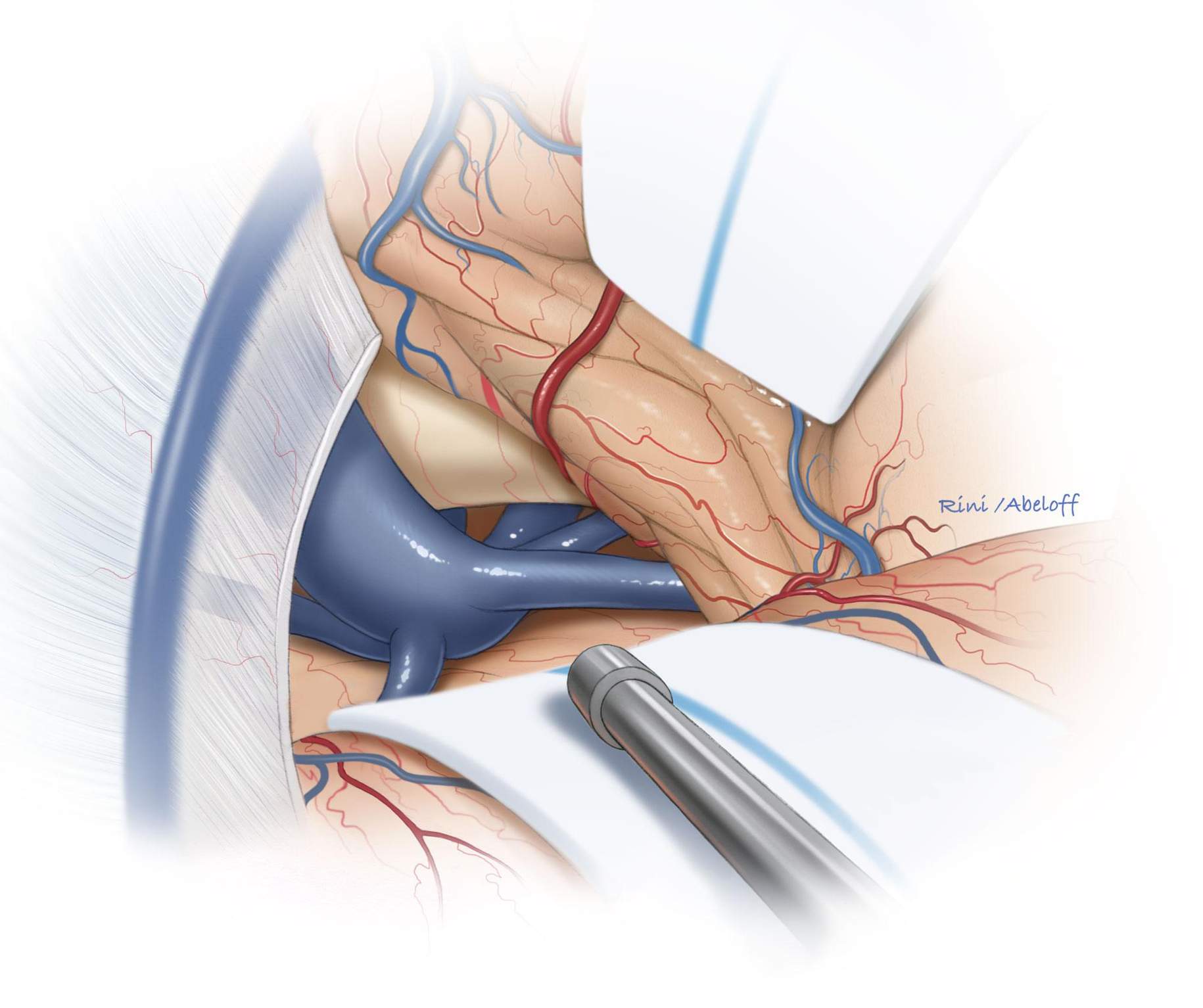 Figure 2: A magnified view of the occipital transtentorial approach toward the pineal region and the deep veins is illustrated.

Patient positioning in a three-quarter prone or lateral position is beneficial for exploiting gravity retraction on the nondominant/ipsilateral occipital lobe. I plan some form of cerebrospinal fluid drainage in advance (either lumbar drain or an external ventricular drain). 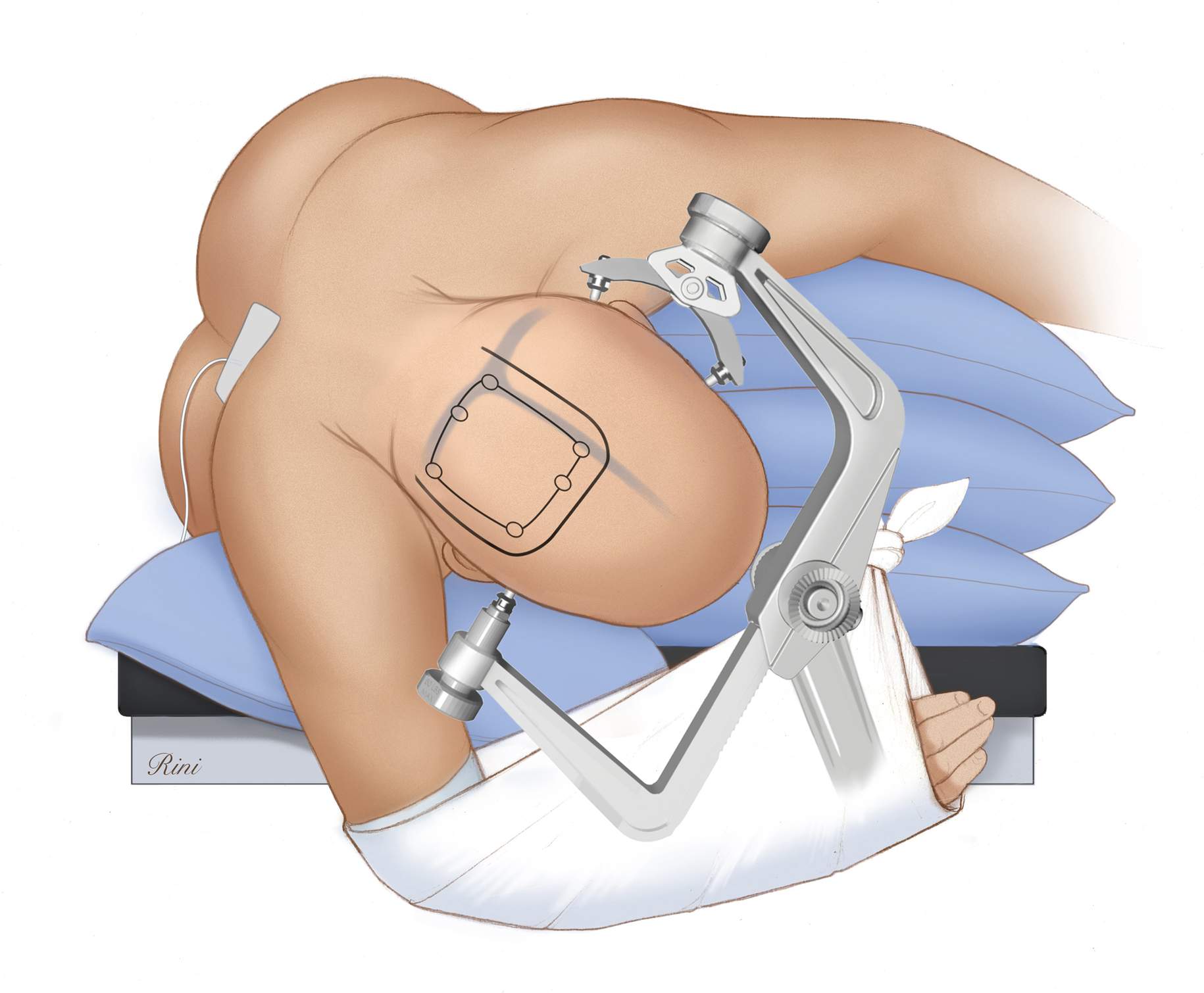 Figure 3: A paramedian linear or U-shaped right occipital scalp flap is completed. The medial vertical limb of the U-shaped flap starts to the left of the midline near the torcula. Two or more burr holes over the superior sagittal sinus and torcula facilitate atraumatic elevation of the bone flap that partially unroofs the width of these dural venous sinuses. Lumbar cerebrospinal fluid drainage assists with dural sac and brain relaxation. 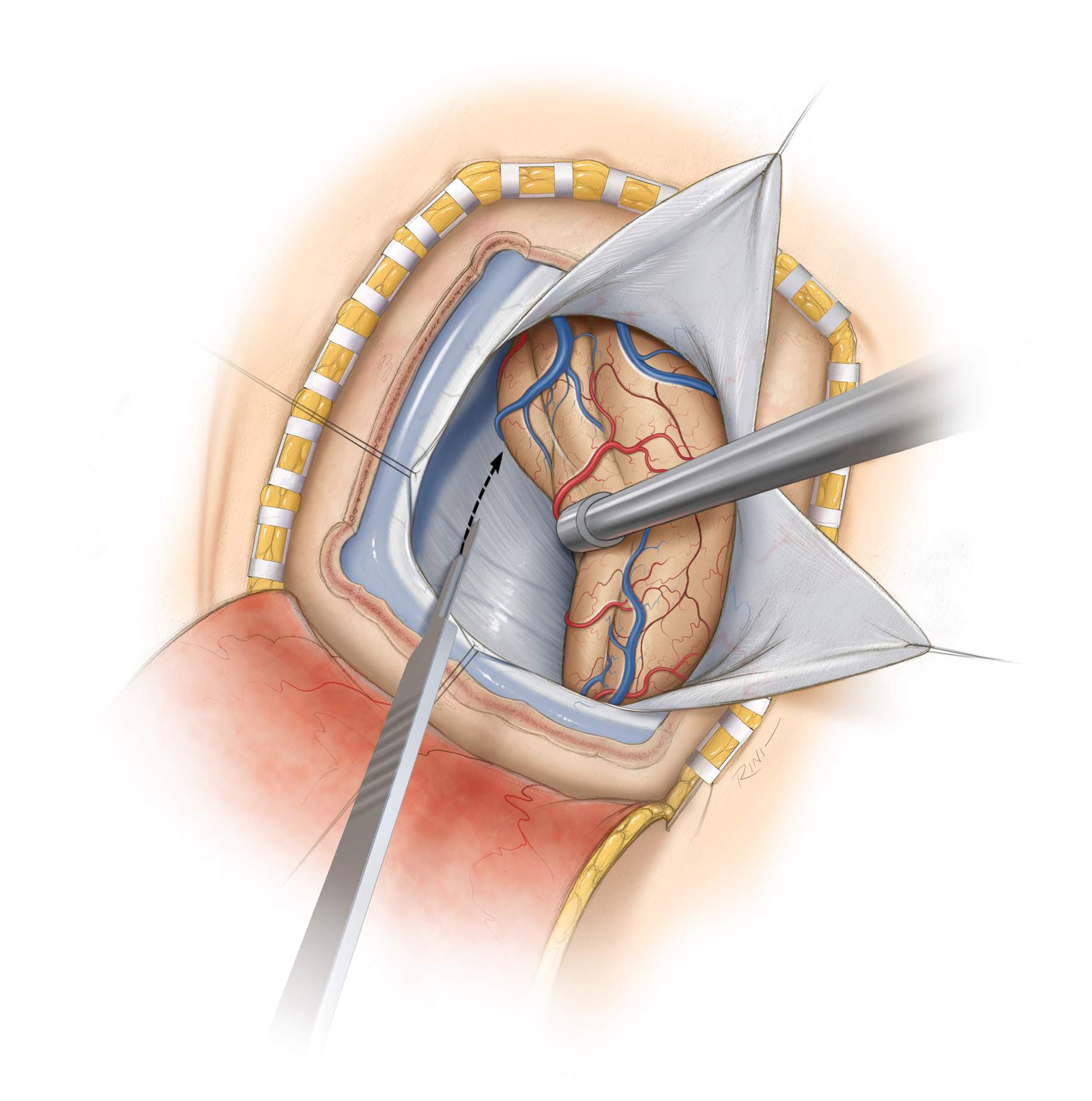 Figure 4: Please note the cruciate pattern of the dural incisions. Interhemispheric dissection exposes the straight sinus so that the tentorium can be divided adjacent to it (~1cm away from it). A small nonsignificant parasagittal vein may have to be sacrificed. The inferior sagittal sinus and falx may be divided to facilitate further transfalcine exposure. Direct retraction force on the primary visual cortex is avoided. The occipitotemporal junction is mobilized for lesions near the posterolateral mesencephalon. If the lesion is close to the midline, the interhemispheric space is the focus of the operative corridor. A portion of the tentorium is resected to allow adequate exposure of the lesion. Importantly, the trochlear nerve is mobilized from the tentorial edge before the edge is manipulated. 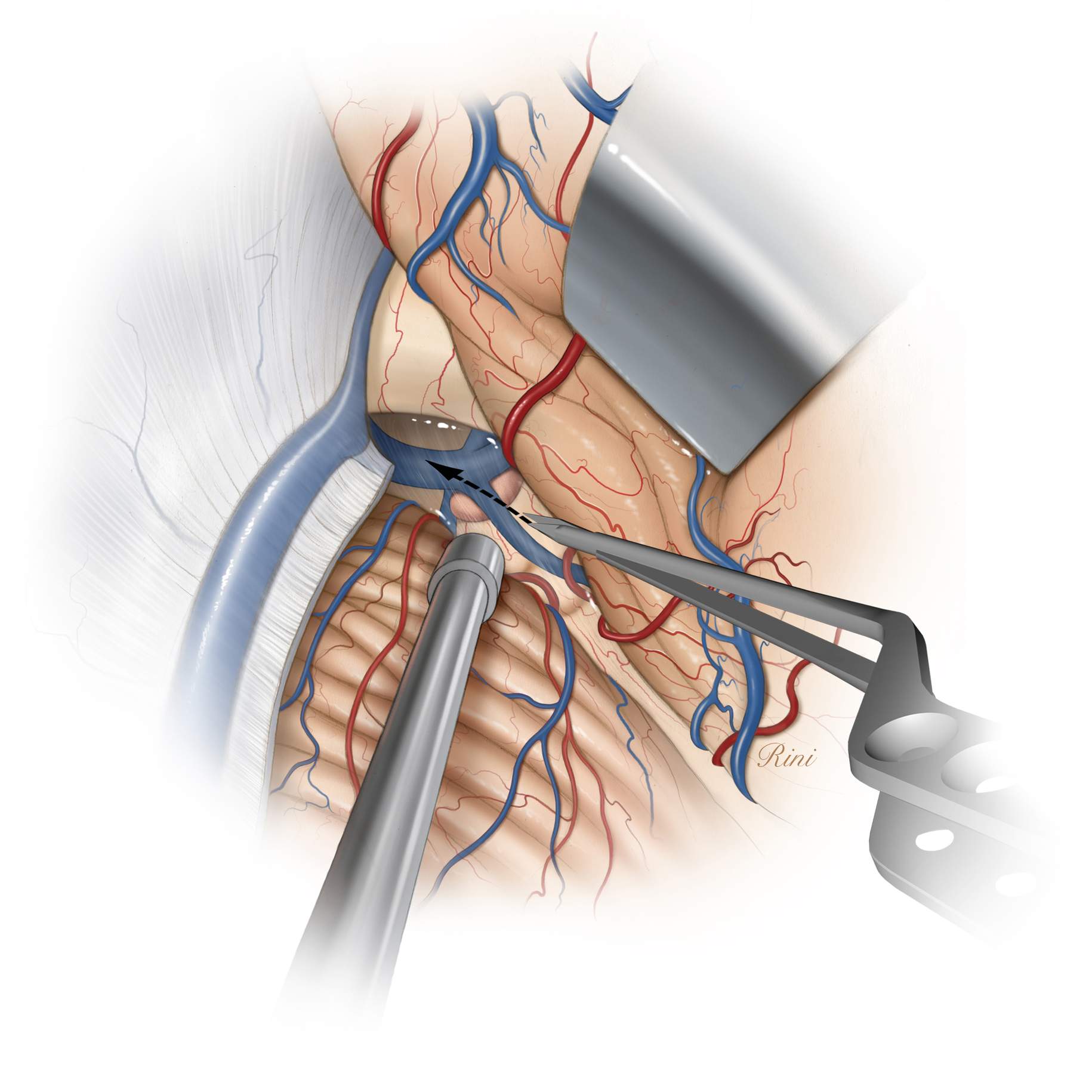 Figure 5: Now the arachnoid bands overlying the tumor and the quadrigeminal cisterns can be seen froma supraposterior perspective. These bands are dissected; the tumor and the adjacent cerebrovascular structures, including the deep diencephalic veins (basal veins and the vein of Galen) are identified early to keep them out of harm's way. A fixed retractor blade "holds" the occipital lobe, but does not retract it. Alternatively and preferably, cotton balls may be used to hold the lobe in place and away from the tentorium. 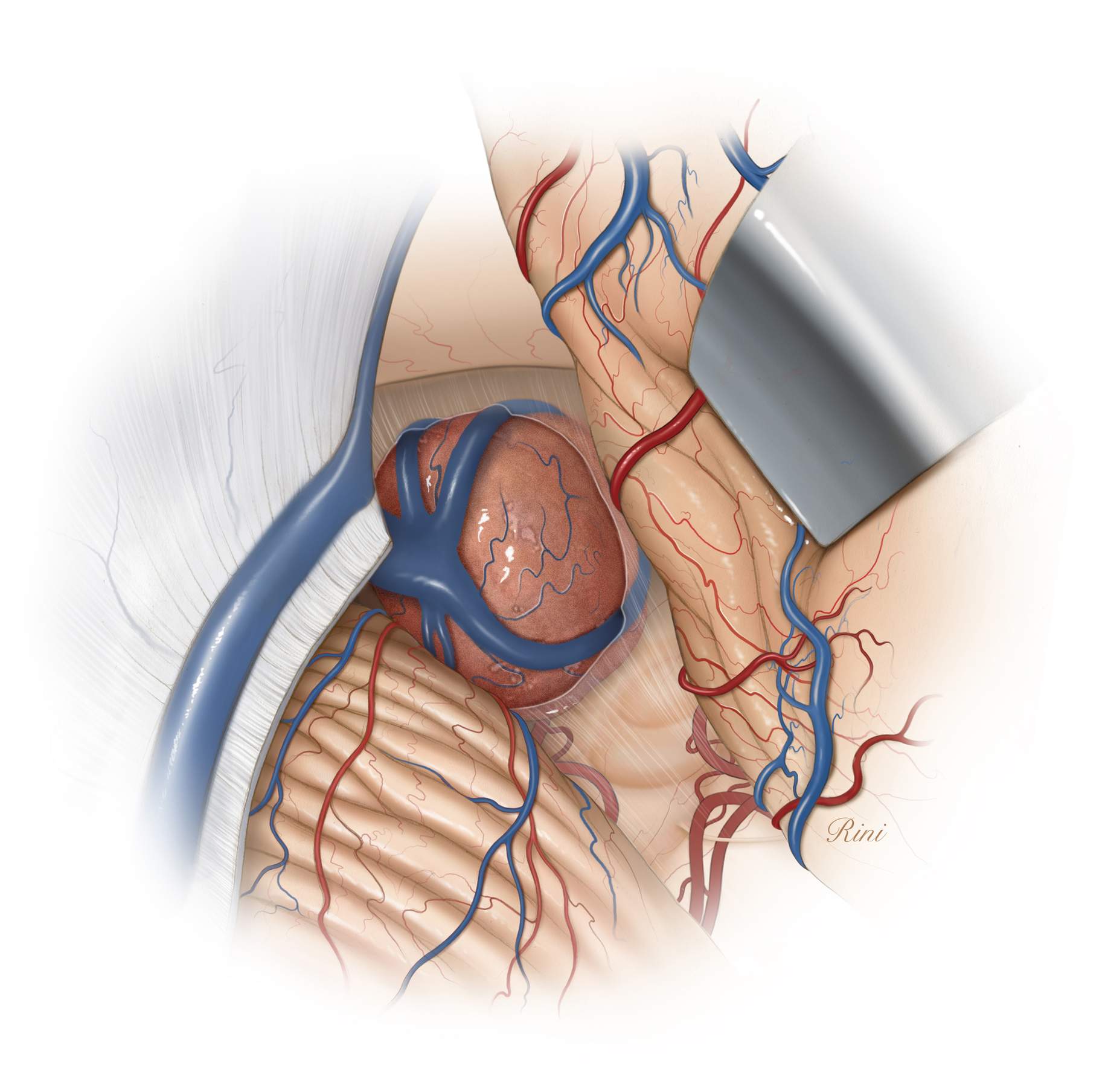 Figure 6: A typical location of a large pineal region tumor and the variations in the displacement of the deep veins are illustrated. The precentral cerebellar vein is coagulated, allowing the vermis to be mobilized away from the operative corridor. 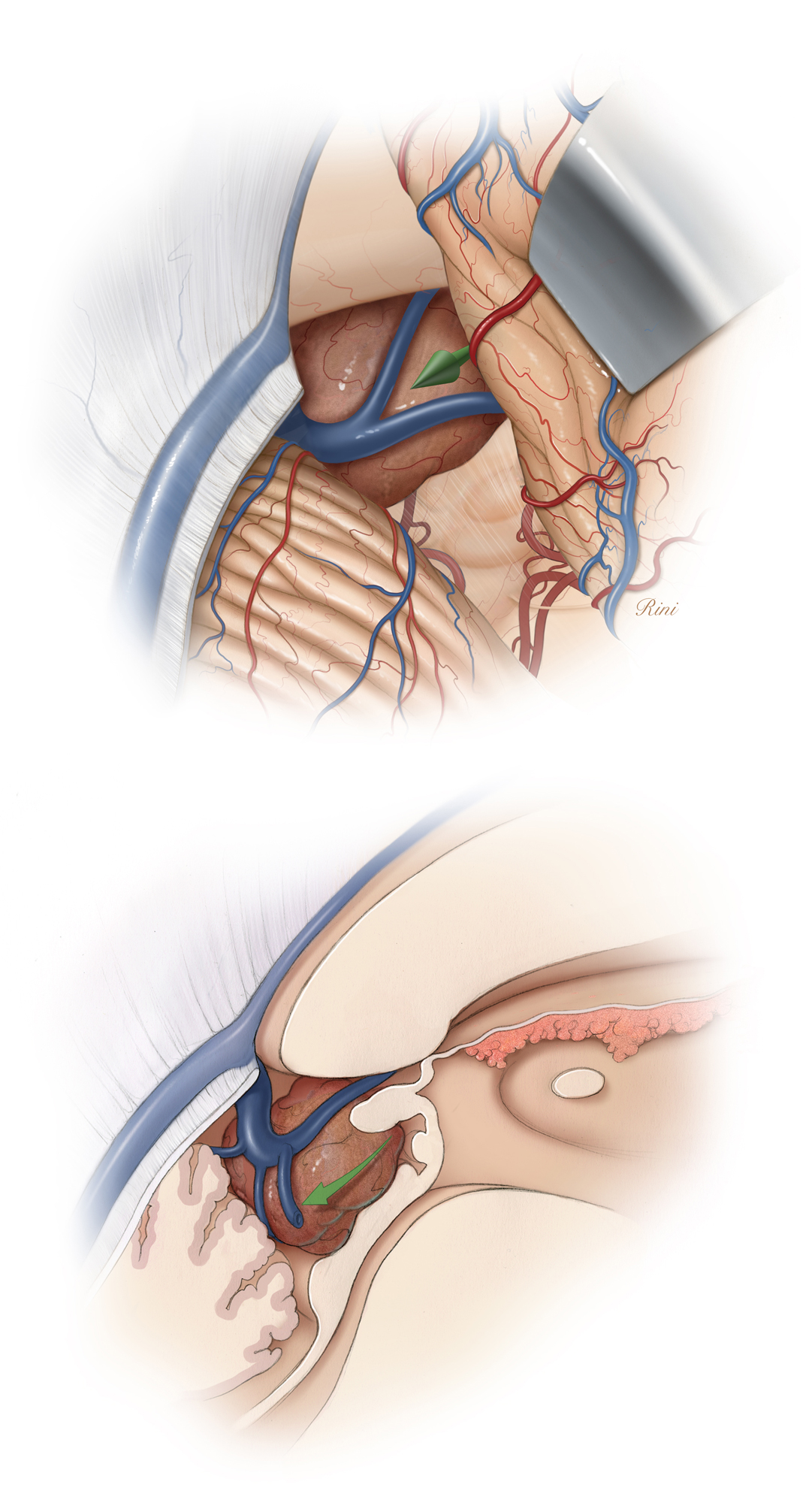 Figure 7: The deep venous anatomy in relation to the tumor is further illustrated. Note that the displacement of the deep veins posteriorly complicates the use of the infratentorial supracerebellar approach. 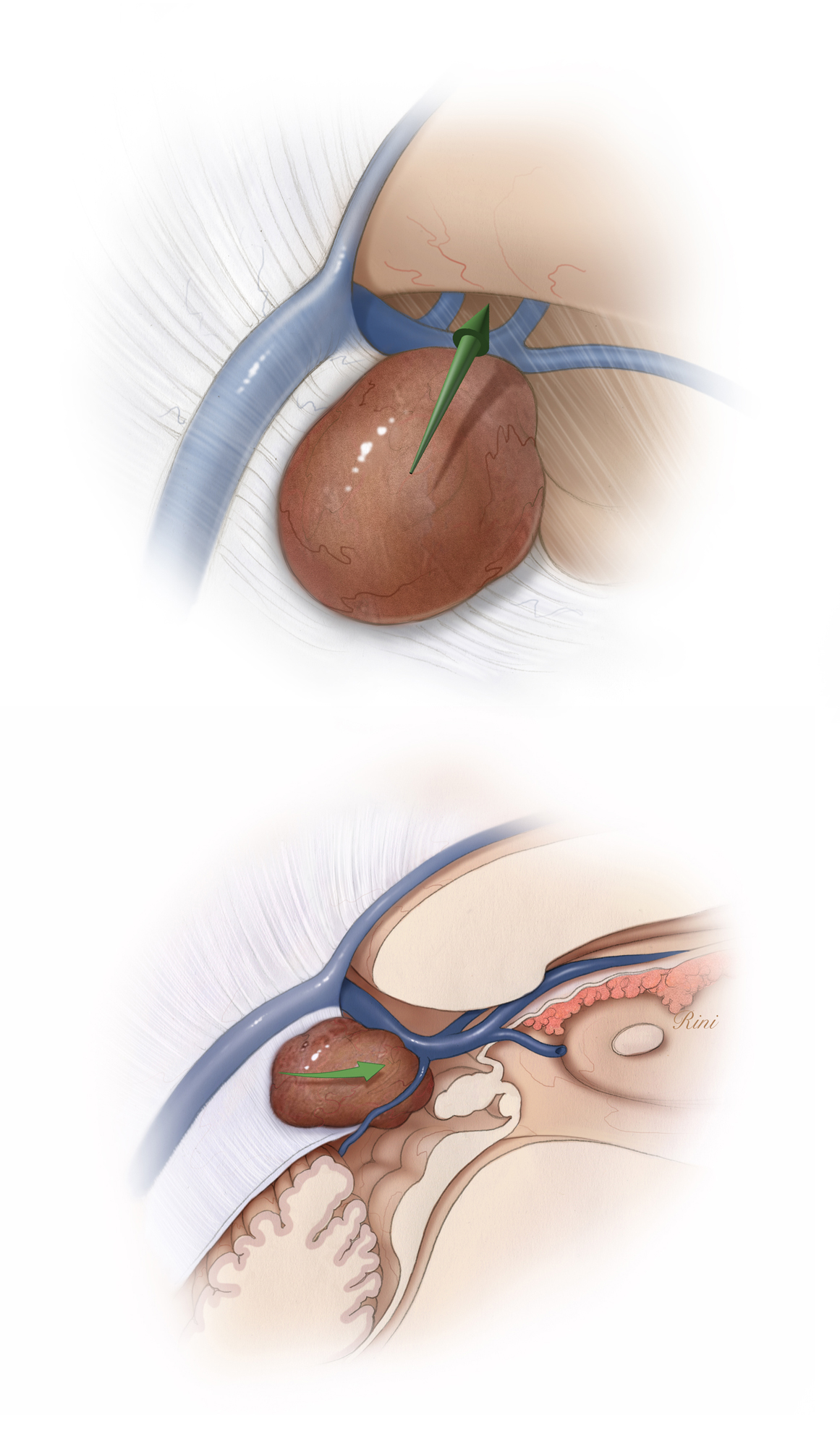 Figure 8: However, if the deep veins are displaced dorsally (top image) or anteriorly (bottom image), the infratentorial supracerebellar approach is favored. 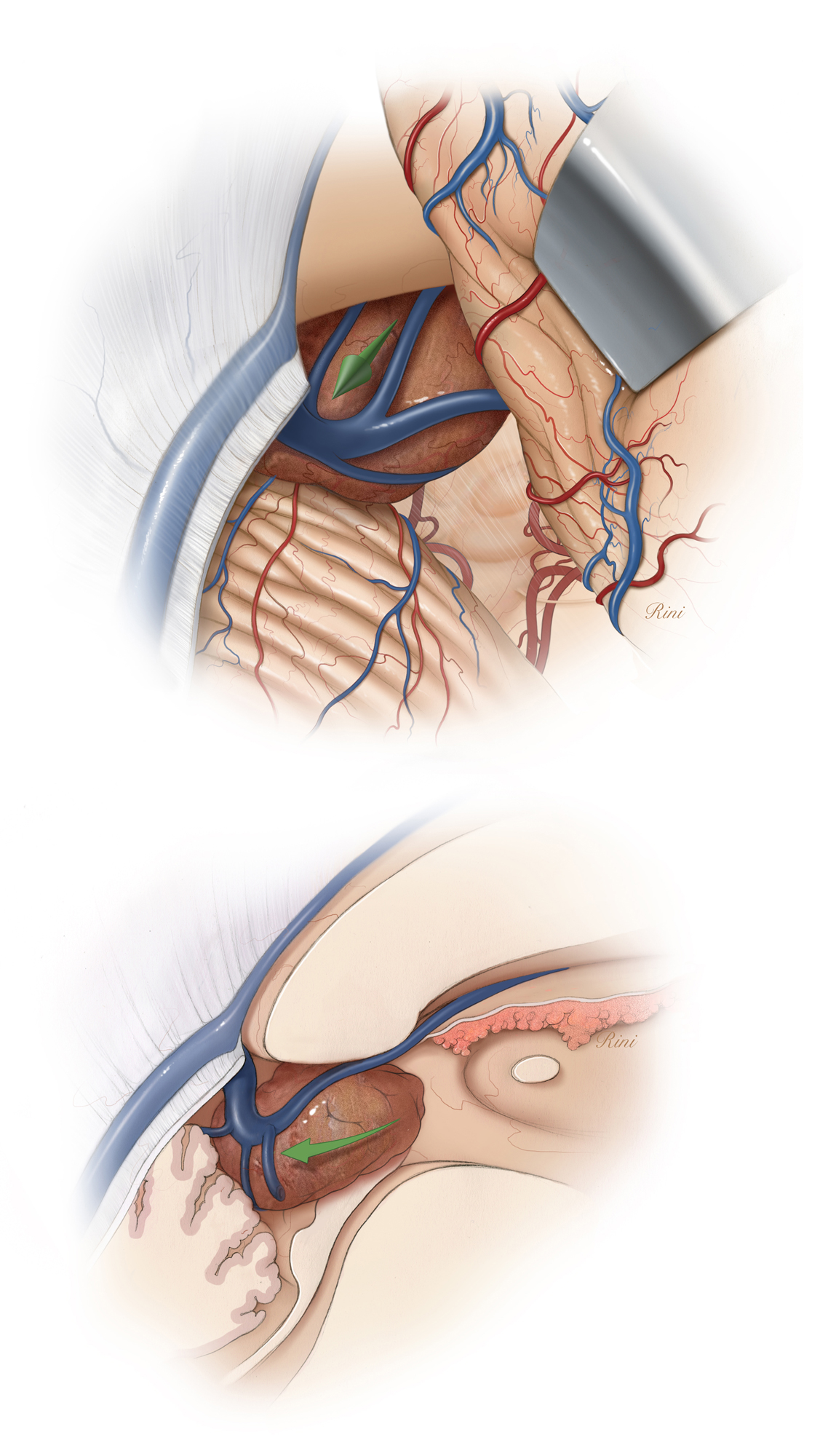 The tumor generally guides the surgeon as the surgeon dissects its boundaries. If the tumor is invading the medial temporal lobe or the associated ventricles, the choroidal fissure may be split for adequate exposure of the mass. Any tumor adherent to the veins is subtotally removed.

The closure and postoperative considerations are discussed in the Pineal Region Tumor (Infratentorial Supracerebellar Approach) chapter. I usually do not place any sutures to reapproximate the tentorium.