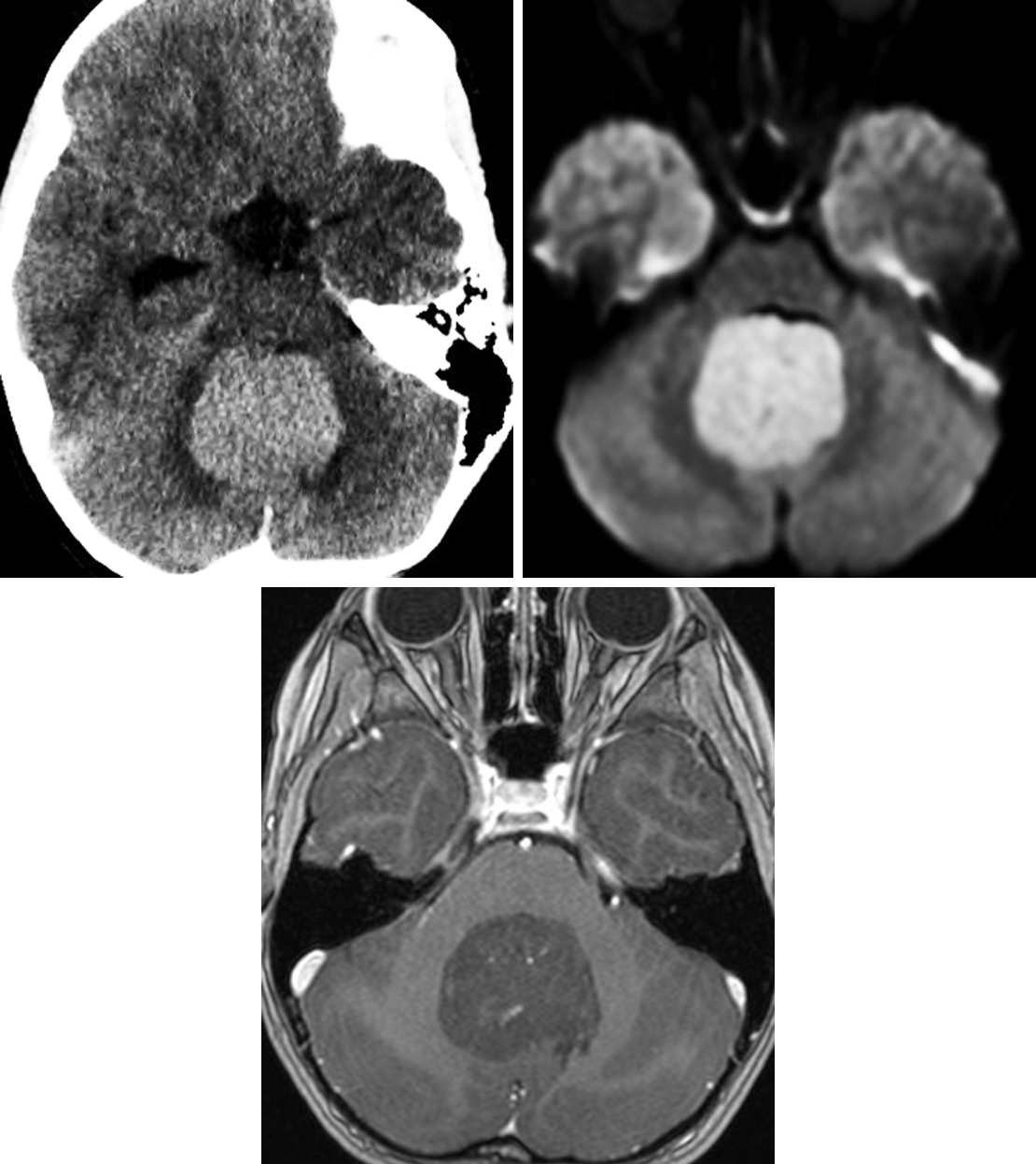 Figure 1: The hyperdensity of this medulloblastoma on CT (top row left) is typical and representative of the tumor's hypercellularity. Likewise, the DWI (top row right) showed restricted diffusion also representing hypercellularity. This patient's lack of significant enhancement on this T1WI postcontrast image (bottom) is most typical of group 4 medulloblastomas. The intraventricular location is also typical, with these lesions sometimes visibly arising from the 4th ventricular roof. 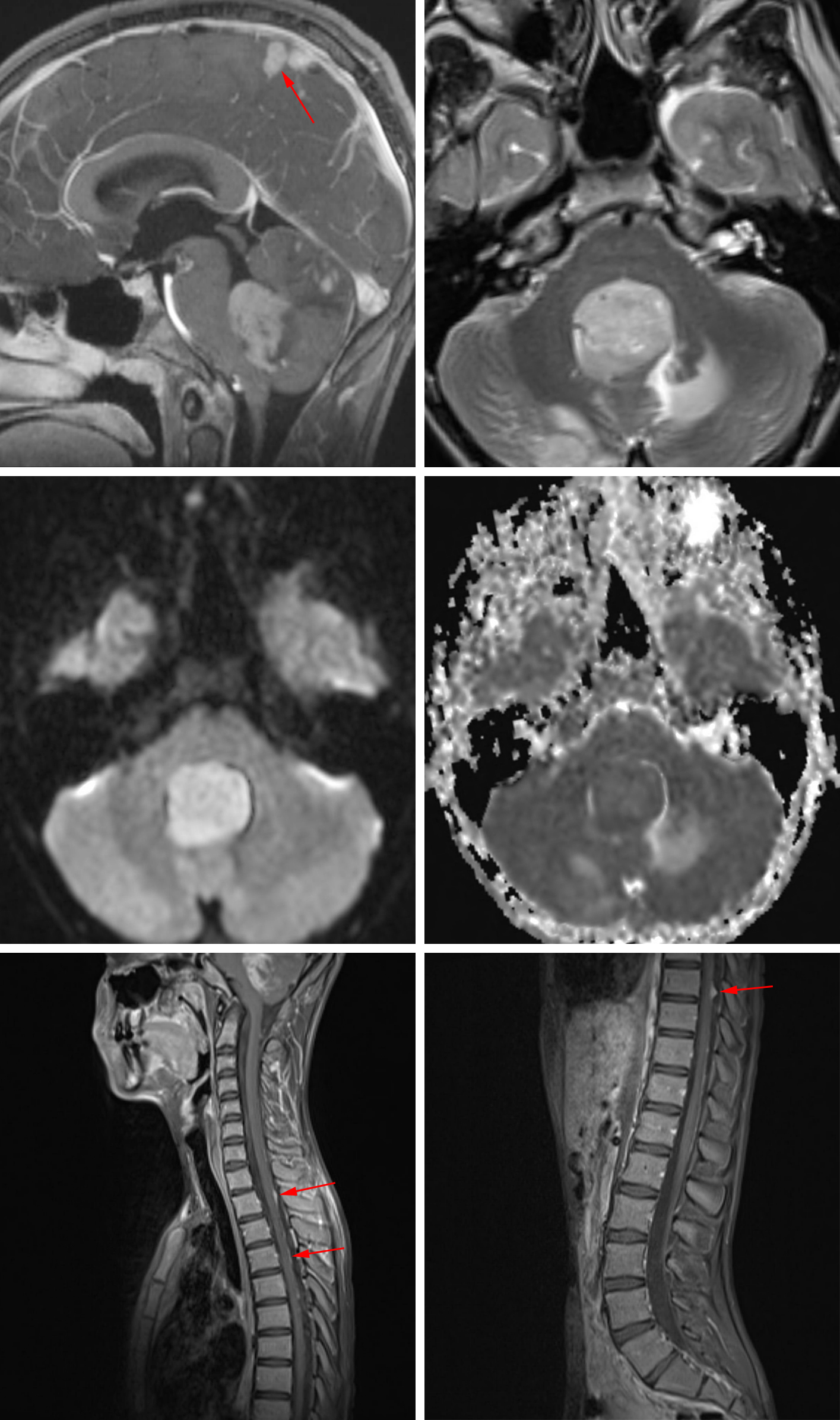