A number of neurosurgical complications depend on the patient’s position during surgery and air embolism is an exemplar. Its development depends on the angle of the patient’s head relative to the operative site and the heart. The negative pressure gradient between the patient’s elevated head and the dependent right atrium creates an opportunity for air to siphon through the veins.

Dehydration and blood loss increase the risk of venous air embolism because they decrease central venous pressure. Depending on the patient series, the incidence can reach as high as 60%, mostly asymptomatic, while the associated mortality and morbidity is less than 3%.

The use of the sitting position for the patient during a posterior fossa operation offers numerous advantages, including an optimally clear operative field through gravity-driven blood and cerebrospinal fluid (CSF) drainage and cerebellar mobilization. However, the risk of air embolism is significant with the patient in the sitting position. The noncollapsible veins (especially the venous dural sinuses and intradiploic veins) are the major sites where air can readily enter the venous system without significant resistance. Air travels to and accumulates in the heart, leading to pulmonary hypertension and cardiopulmonary instability.

On the same traveling route, central venous line and pulmonary artery catheters can give rise to air embolism. Since up to one-quarter of the population may have a patent foramen ovale, the risk of a paradoxical air embolism is significant.

As air enters the circulatory system, the peripheral vascular resistance initially decreases with a resultant increase in cardiac output. However, with more air accumulation, cardiac output is decreased and cardiac arrest may ensue. Since it is easier/safer to control bleeding than to treat air embolism, some surgeons prefer to lower the patient’s head when exposing the dural sinuses. When the patient is awake, coughing can be an early sign of venous air embolism.

A high index of suspicion is vital to prevent this avoidable but potentially devastating complication.

A number of techniques, devices and parameters have been used to monitor and treat air emboli. These include transesophageal echocardiography, precordial Doppler ultrasonography, esophageal stethoscope and capnography (end tidal C02), end expired nitrogen and right heart catheter (this can be used to aspirate the air bubbles).

The most sensitive methods for detection of air embolism are precordial Doppler ultrasonography and transesophageal echocardiography. Doppler ultrasonography detects the “washing machine” sign that is pathognomonic. The other two measures are expired nitrogen and end-tidal carbon dioxide. As no single monitoring method is perfect for detecting air embolism, a high index of suspicion is critical.

The surgeon must expect the risk of air emboli and recognize the operations that expose the patient to this risk. In fact, the most frequent cause of air embolism is not the sitting position, but the supine position, because most craniotomies are performed in the supine position. Surgery for parasagittal meningiomas and other tumors in the vicinity of the dural venous sinuses as well as manipulation of large intradiploic and cortical veins (vein of Labbé and superior perusal sinus) are risk factors for development of air emboli. 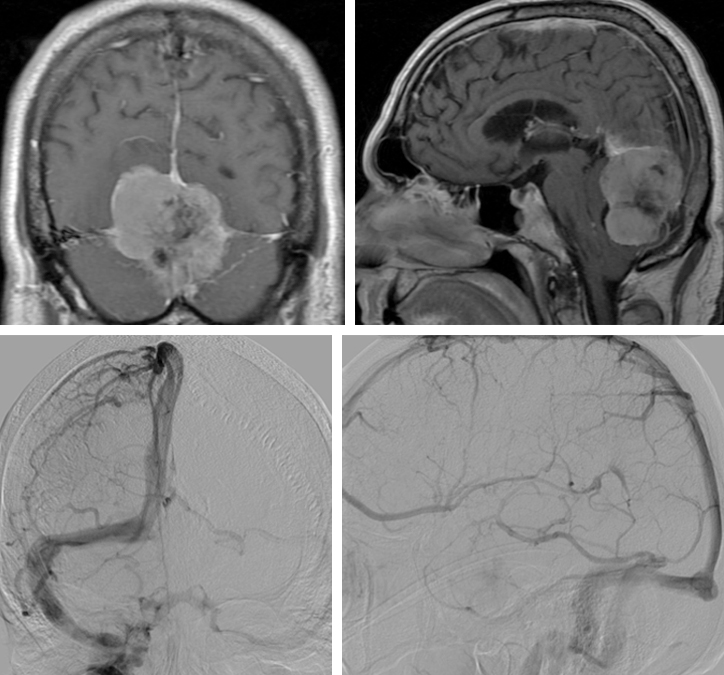 Figure 1: Tumors extending within the lumen of the torcula can significantly increase the risk of air embolism during their resection. Therefore, I highly recommend intraoperative use of precordial Doppler ultrasonography and transesophageal echocardiography in these and similar cases during which the lumen of the dural venous sinus can be exposed.

If the operator or anesthesiologist suspects an air embolism, a proactive response is immediately warranted. Again, this is a potentially preventable and treatable condition with unforgiving consequences if not recognized. All operative movements must immediately cease and even the “uncertain” diagnosis of air embolism aggressively evaluated and treated.

The following maneuvers are used to treat venous air embolism:

After the source of air entry is found, dealt with, and the patient is stabilized, the operation can resume after a short period to assure stabilization of the situation.