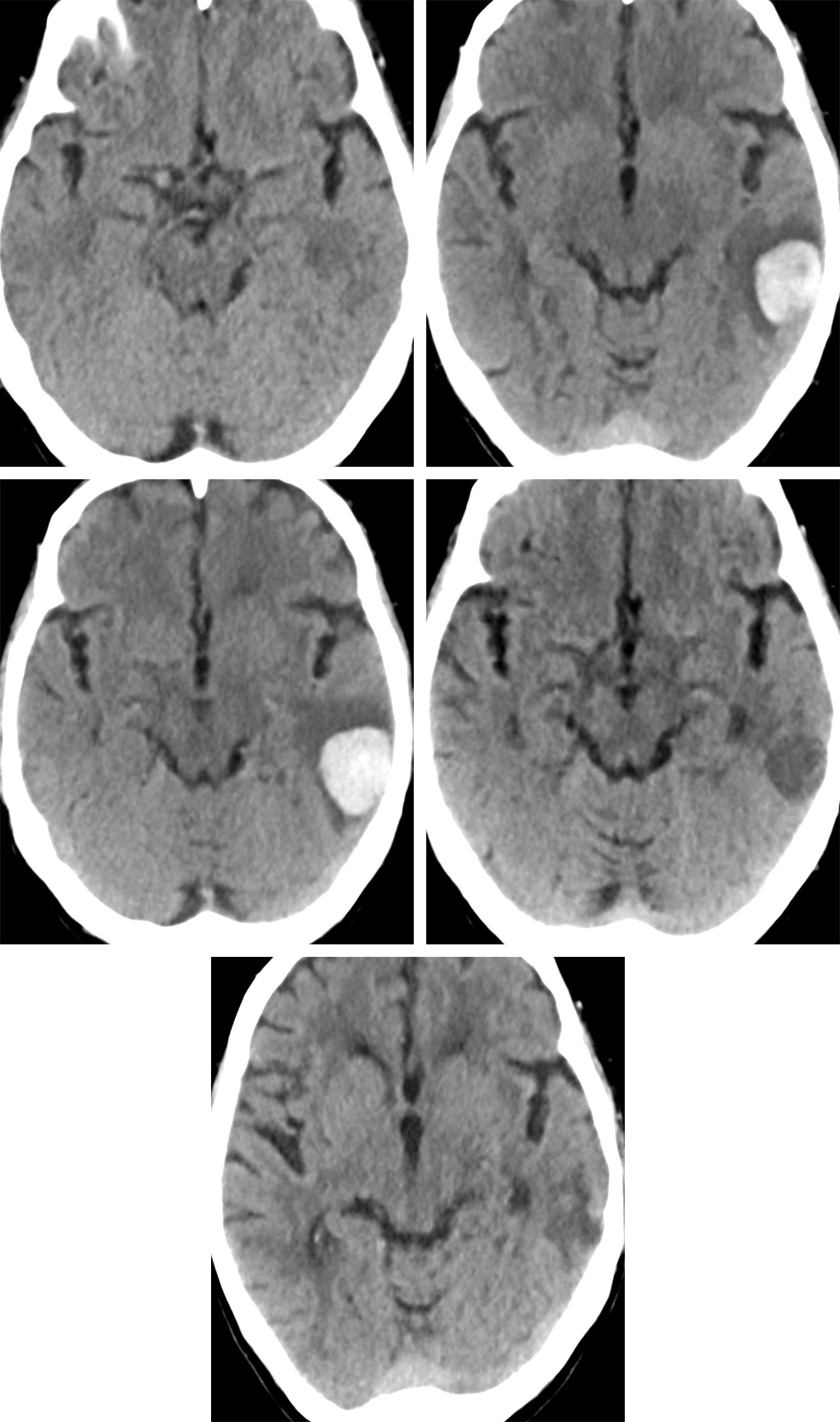 Figure 1: Multiple CT images over time demonstrate the evolution of a hemorrhagic parenchymal contusion in a typical location over the petrous ridge of the temporal bone. The hematoma is not visible on day 1 (top row left), but appears and enlarges over the next few days (top row right and middle row left), a typical course for contusion. At day 17 (middle row right), all that remains is a hypodense hematoma that has already begun to involute. 1 year from the initial trauma, the previous hematoma has evolved into a small amount of encephalomalacia (bottom row). 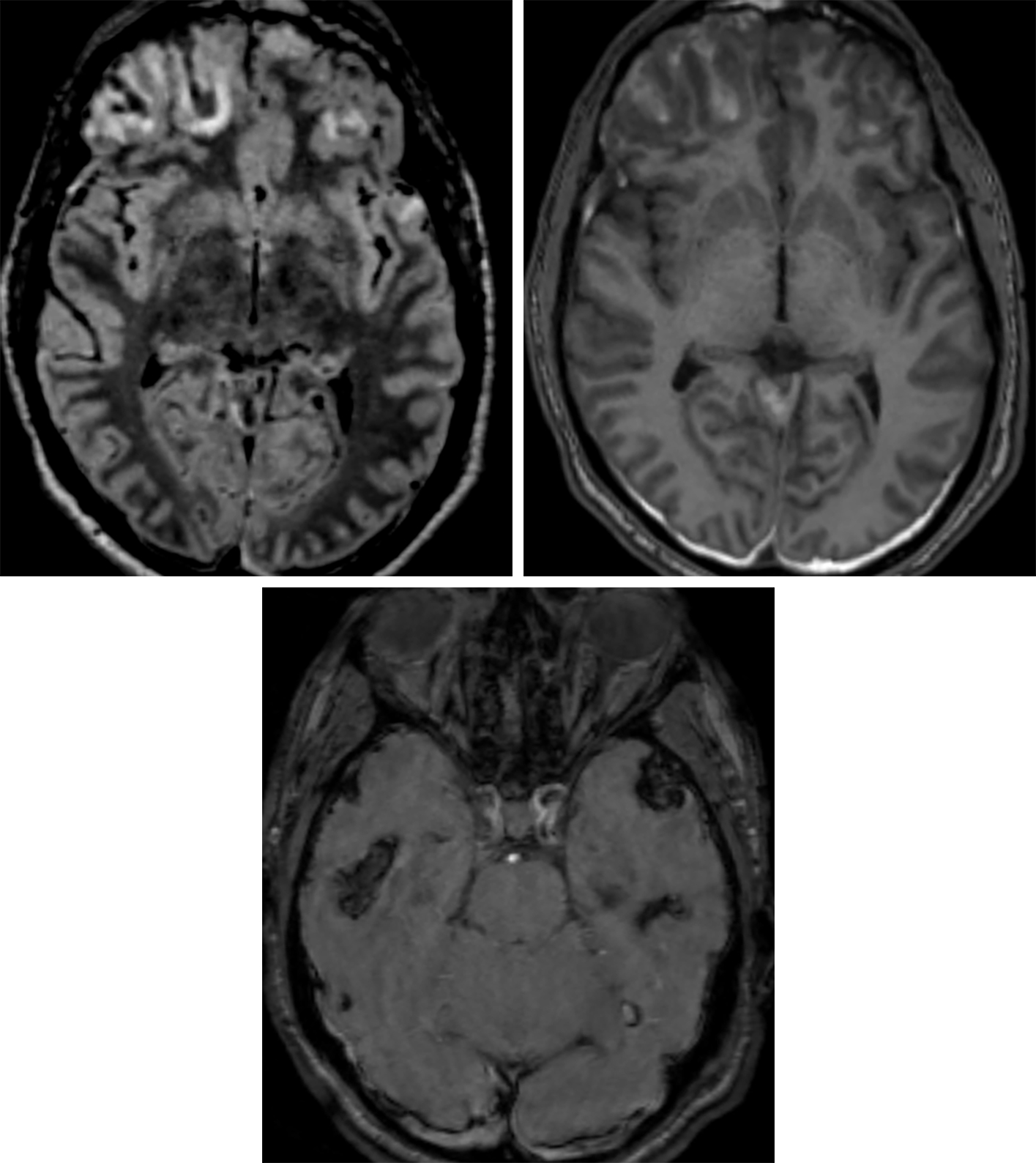 Figure 2: MRI of the brain after a 15-foot fall. Anterioinferiorfrontal lobes and anterior temporal lobes are the most common locations for coup/contrecoup contusions. Each MR sequence can contribute additional information about the location and extent of these abnormalities. On axial FLAIR (top row left), bilateral anterior frontal and left anterior temporal hyperintense edema is visible. On axial T1 (top row right), the hyperintense blood within the hemorrhagic contusions is more evident, and the posterior subdural hematomas are even more striking. On susceptibility-weighted imaging (SWI) (bottom row), the anterior left temporal and inferior right temporal (over the petrous ridge) hemosiderin is clearly visible as black signal.