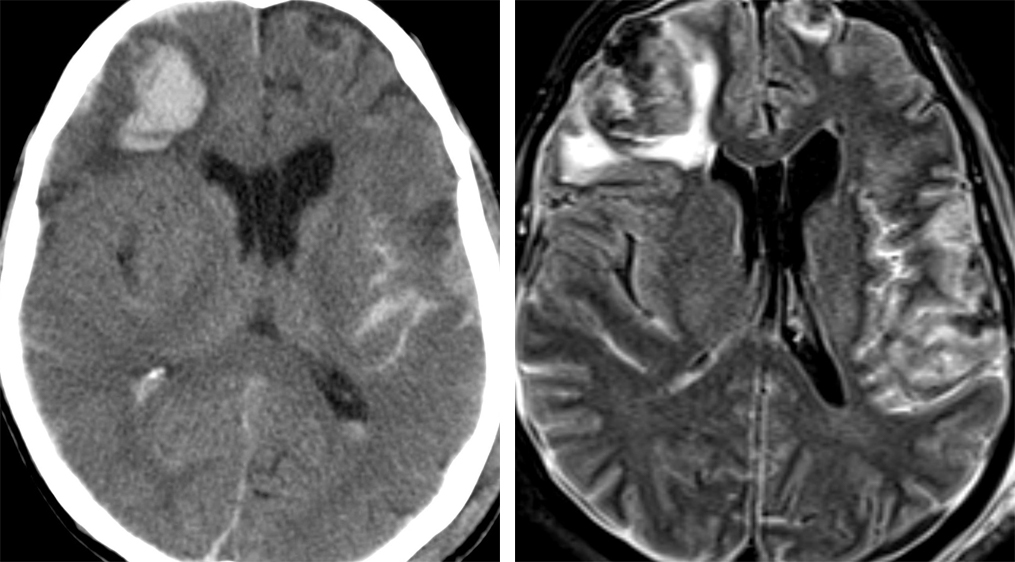 Figure 1: CT (left) and FLAIR MRI (right) images demonstrate a number of findings in this post-traumatic patient. Subarachnoid blood in the sulci is most pronounced in the left Sylvian fissure as dense on CT and hyperintense on FLAIR. In fact, the FLAIR is often more sensitive for detection of subarachnoid hemorrhage unless in the basal cisterns. Intraventricular blood is also present. The CT-hyperdense, FLAIR-heterogeneous hematoma in the right frontal lobe represents a hemorrhagic contusion. The surrounding edema is hypodense on CT and hyperintense on FLAIR, as expected. Thin subdural hematomas are more clearly visible on FLAIR surrounding the right cerebral hemisphere and posterior to the left cerebral hemisphere, but can also be seen as a hyperdense collection anterior to the right frontal lobe on CT. 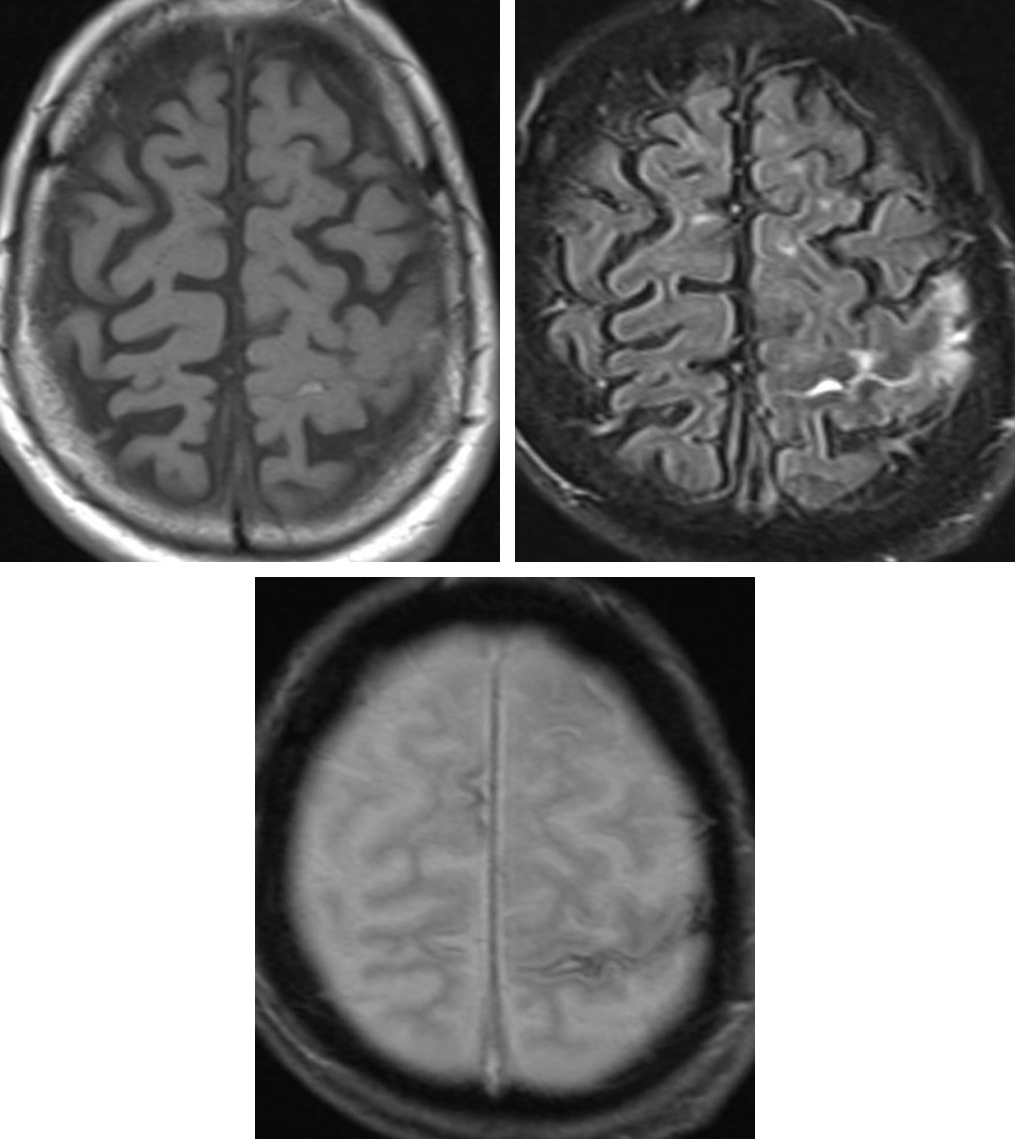 Figure 2: Early chronic subarachnoid hemorrhage is more difficult to see on this T1-weighted image as hyperintensity with a sulcus (top row left) but is much more conspicuous as hyperintensity in the same region on FLAIR (top row right). Low signal intensity hemosiderin deposition is present on this GRE image along the cortex (bottom row).