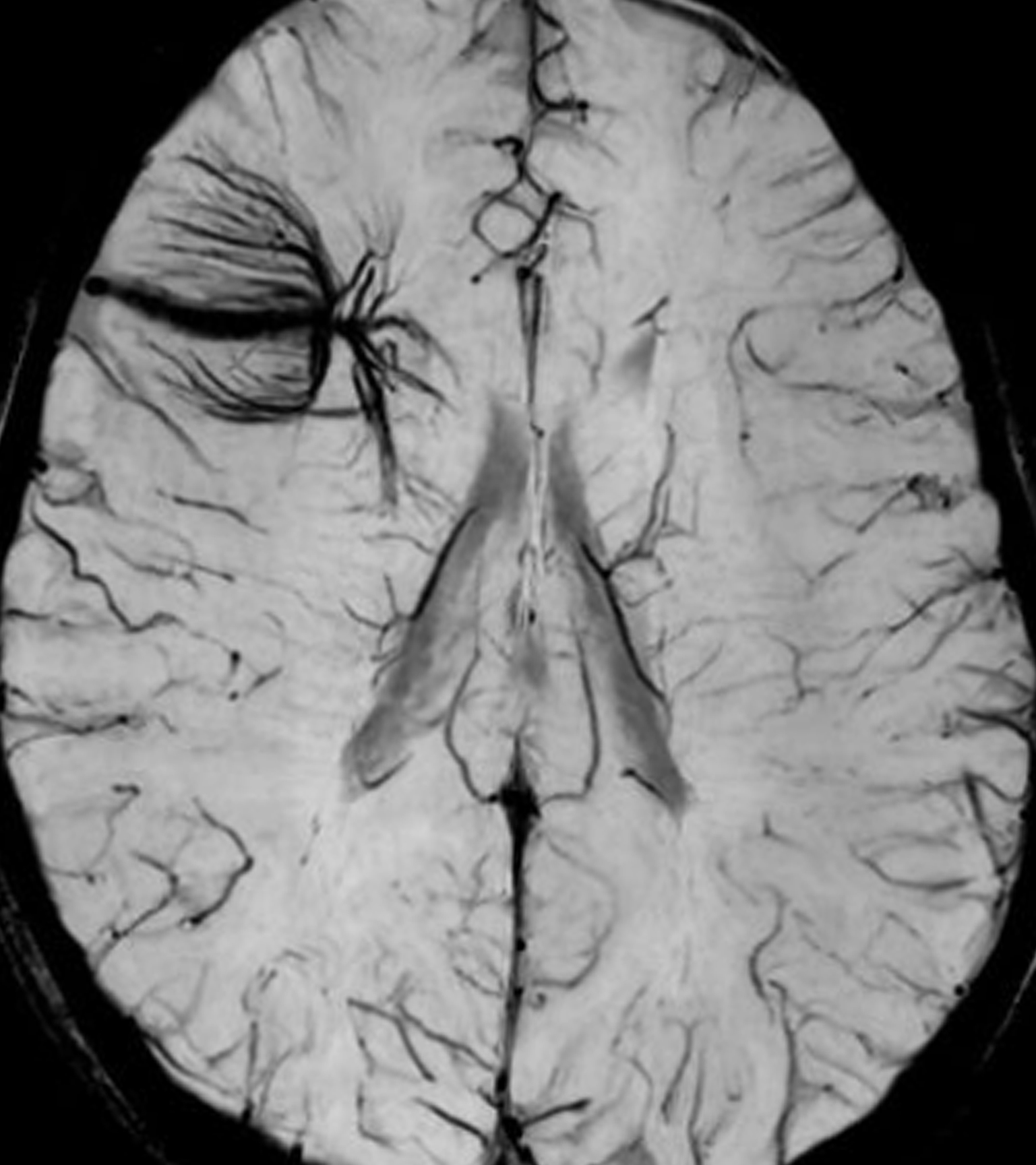 Developmental venous anomalies (DVAs), also known as venous angiomas in the literature, are mature venous structures with abnormal (anomalous), but non-pathologic, drainage patterns. These frequently coexist with cavernous malformations, capillary malformations, and venolymphatic malformations, but are usually not anatomically related. DVAs have been implicated in epilepsy, sometimes in association with areas of cortical dysplasia. 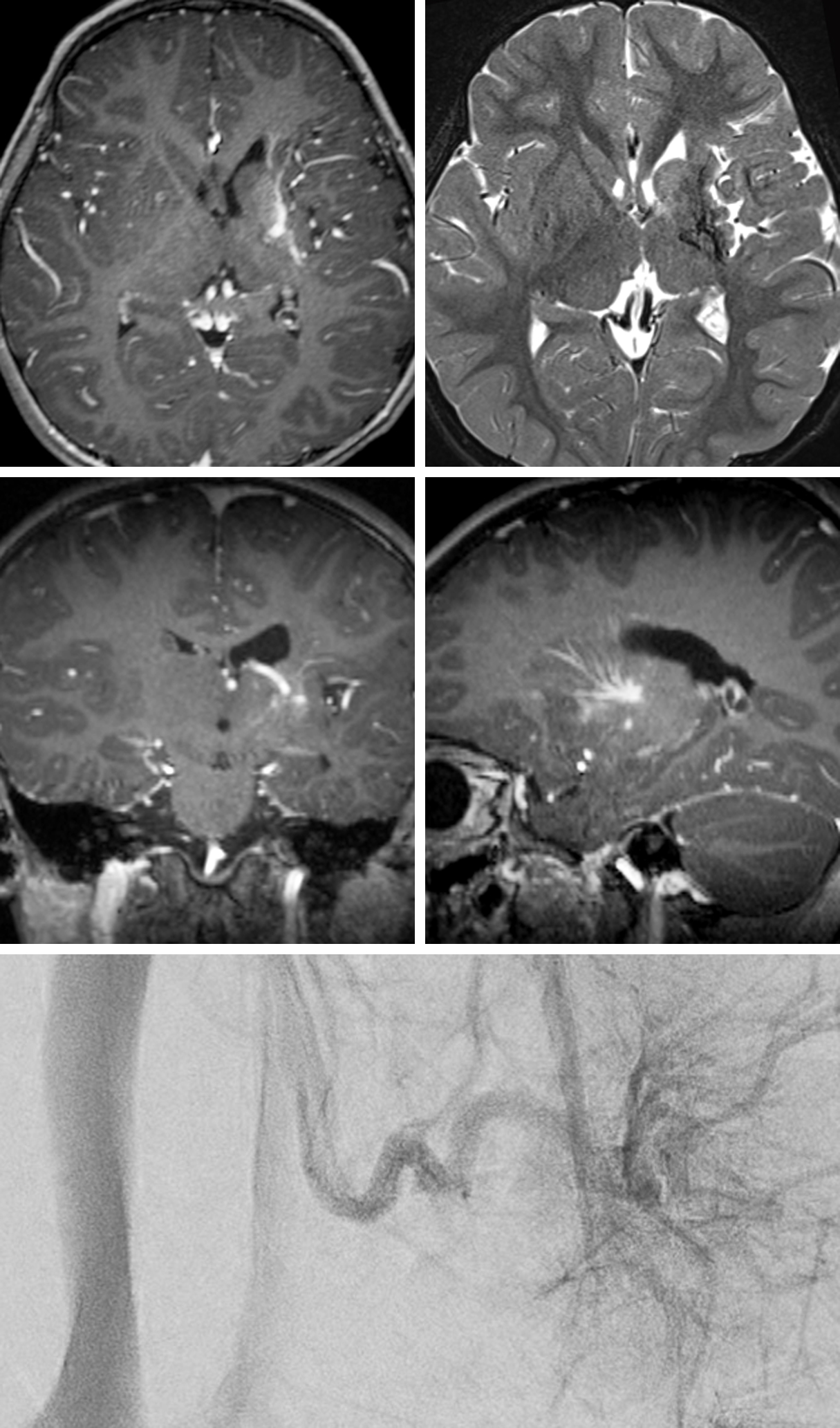