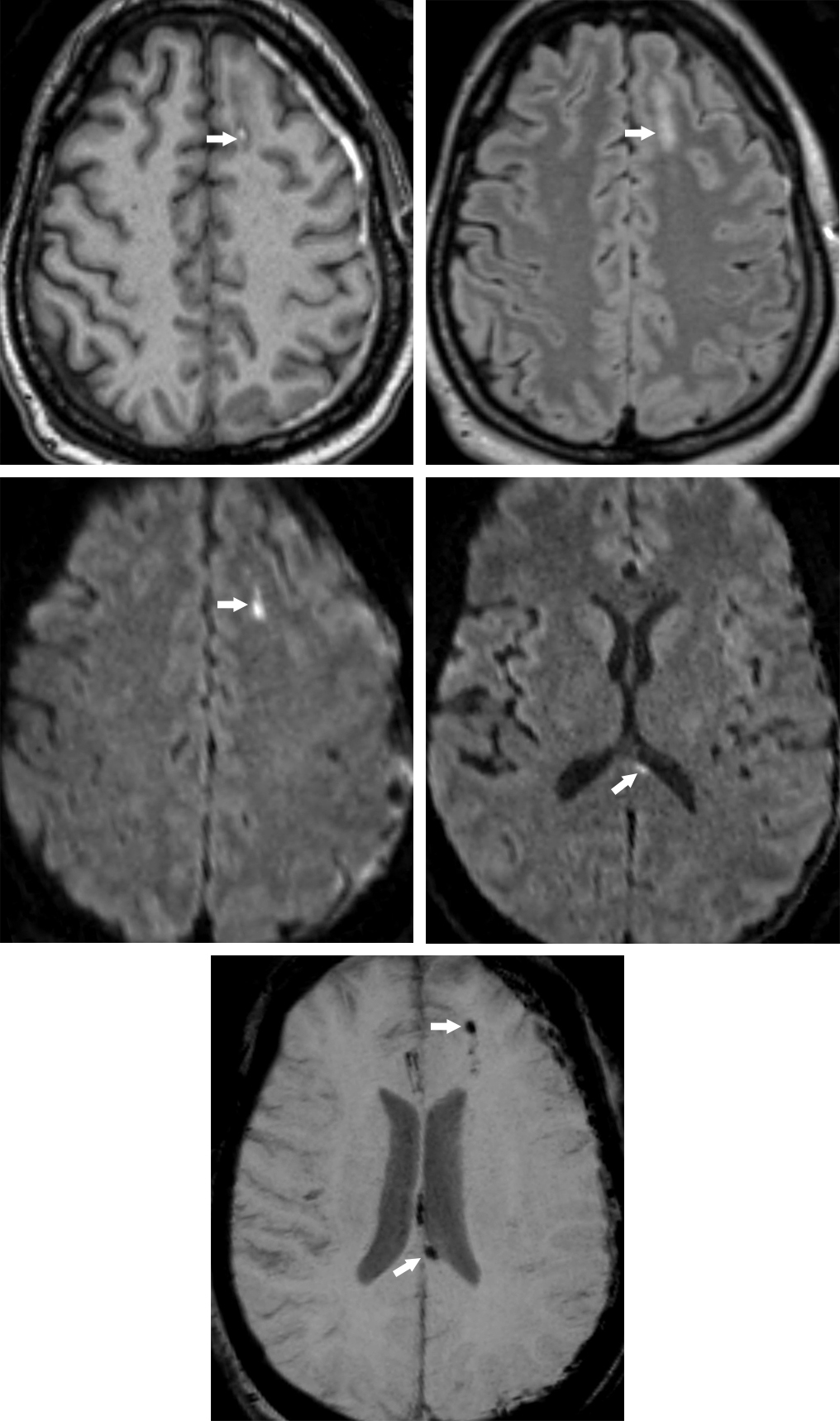 Figure 1: Shear injury is visible in the subcortical white matter of the left frontal lobe in this patient as hyperintense on T1 due to hemorrhage (top row left). The same area is bright on FLAIR due to edema (top row right) and bright on DWI due to cytotoxic edema (middle row left). The SWI (bottom row) also shows low signal blood products in this area. Similar findings in the splenium of the corpus callosum (middle row right, bottom row) and posterior septum pellucidum (bottom row) indicate a grade 2 shear injury and portend a poorer prognosis than if the involvement were only at the gray-white junction. A subacute left subdural hematoma is also visible on each sequence, but most clearly visible as hyperintense on T1 (top row left).