Cavernous Malformation: What the Patient Needs to Know

A cavernous malformation is an abnormal berry-like cluster of deformed blood vessels that can bleed. Bleeding causes symptoms such as seizures, headaches, and a wide range of neurological problems (for example, weakness and/or difficulty with speech). Treatment options include observation, medications for symptoms, and surgery. Surgery is often curative. However, you might need to work with therapists to maximize recovery of speech or motor functions.

What Is a Cavernous Malformation? 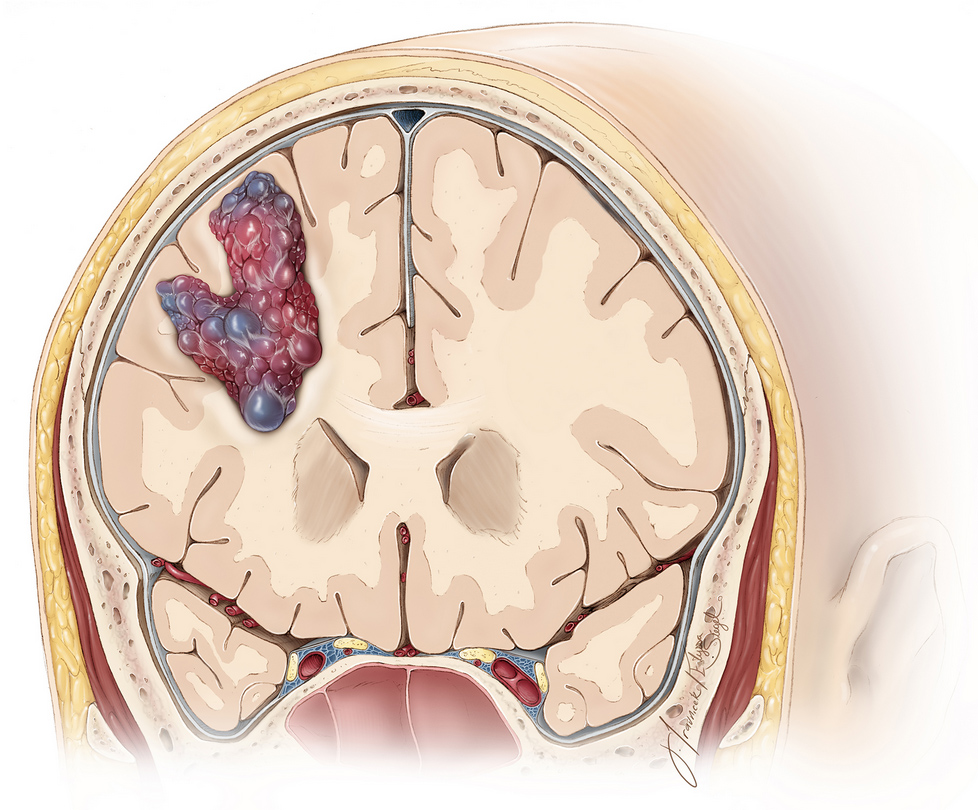 Up to 20% of people have no symptoms, and cavernous malformations are found incidentally with imaging. If it bleeds, seizures are the most common initial symptom. Other symptoms include headaches and a wide range of neurological problems, such as difficulty understanding others, difficulty speaking, unsteadiness, and vision problems. These changes are usually sudden and alarming.

Cavernous malformations affect 0.3% to 0.5% of the population worldwide. In the United States, people of Hispanic origin have a higher prevalence of cavernous malformation than other ethnic groups. Symptoms are usually seen between the ages of 30 and 40 years. 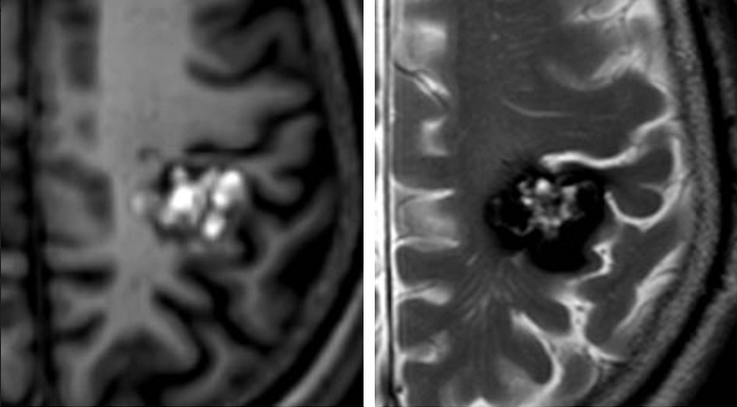 Figure 2. MRI of a cavernous malformation, often described as a “popcorn” lesion on imaging.

What Are the Treatment options?

Each year, cavernous malformations have a 1% to 5% risk of bleeding, and treatment depends on the location of the malformation, history, and symptoms. Observation might be preferred for incidental cavernous malformations that do not produce symptoms. Symptomatic patients with seizures can be managed initially with medications. However, a history of multiple bleeds increases the risk that another bleed will occur. In these cases, surgery might be recommended.

Cavernous malformations incidentally diagnosed in patients with no symptoms might be observed over time.

Patients with seizures caused by a cavernous malformation, especially one that is difficult to reach via surgery, can be placed on antiseizure medications. However, a risk of bleeding still exists.

Surgery is often the treatment of choice among patients with symptoms (seizures no longer treatable via medication) and a history of bleeds from the cavernous malformation. Complete removal of the cavernous malformation is usually the goal, because partial removal can be associated with higher rates of rebleeding. The exact approach depends on the location of the mass and its relation to nearby critical structures.

After surgery, patients typically undergo MRI within 24 hours to check for the presence of any remaining cavernous malformation. If present, an immediate reoperation is usually performed to prevent future occurrence of bleeding. Patients might undergo additional MRI 1, 3, and 5 years after surgery.

Figure 3. Surgical removal of a cavernous malformation in a minimally invasive fashion.

Complications of surgery depend on the location of the cavernous malformation due to invasion of normal brain tissue as the surgeon makes way toward the lesion. These can include bleeding or neurologic deficits such as weakness and difficulty with speech or understanding.

Surgery is often curative for cavernous malformations. If there are any neurologic problems such as weakness or speech difficulties, you can work with therapists before you go home or during your recovery. Depending on the complexity of your surgery, recovery can take up to 6 weeks before you can gradually resume your normal activities.

Lesion—a region in a tissue that is damaged through injury or disease, such as a tumor or, in this case, a cavernous malformation