An Inspiring Patient Story: Travis and Tricia, Overcoming the Impossible

[Travis] I came to Dr Cohen some time ago with a brain hemorrhage; my specific situation was an arteriovenous malformation—AVM for short. My particular AVM was located on the brainstem, which made it, as we came to find out, very difficult to operate on due to the high risks of surgery and the importance of the brainstem.

[Tricia] I think that coming to Dr Cohen was such a feeling of relief for us. We had been through so much as a young couple, and there were so many uncertainties surrounding the whole situation. When Travis had first had his hemorrhage, I was working as a brand-new nurse in that ICU. So, I had a lot of knowledge, even though I was a brand-new nurse, of what an AVM patient looked like, and it was very scary for me to know that someone so close to me was going through that.

At the time, we weren’t even married yet. We had been together for about 5 years, just doing our thing with getting through school and getting our jobs, and were just very focused on that. Then one night Travis called me at work and said “I have the worst headache of my life. I can barely walk. I’m vomiting.” It just didn’t feel right, so I told him to come to the ER.  I clocked out of my shift and walked down to the ER to meet him there.

I could tell something was very wrong after seeing him in person. After they did the scan and said that he had blood in both of the back ventricles of his brain, this feeling was confirmed. And although it hadn’t been confirmed yet, we learned later that an AVM was what caused it. Again, I knew of the other situations I had encountered as a nurse and felt very scared and unsure about what the future was to hold for us. After talking to the different surgeons, no one really wanted to or thought that they could really handle a surgery of that severity.

Faith in a Surgeon They Could Trust

[Travis] After I had the hemorrhage, I think that the most difficult part for me was knowing that I had the AVM still looming over my head (figuratively speaking), even though I had initially recovered fairly well (I had spent a lot of time in rehab and was able to walk on my own after about 6 months).

I just remember looking at Tricia one time and telling her that I wasn’t ready to go yet. I was young, and I just wasn’t ready to leave. I was pretty good at compartmentalizing that emotion, but sometimes it would creep into my head. Without meeting Dr Cohen, I don’t know where I’d be right now. 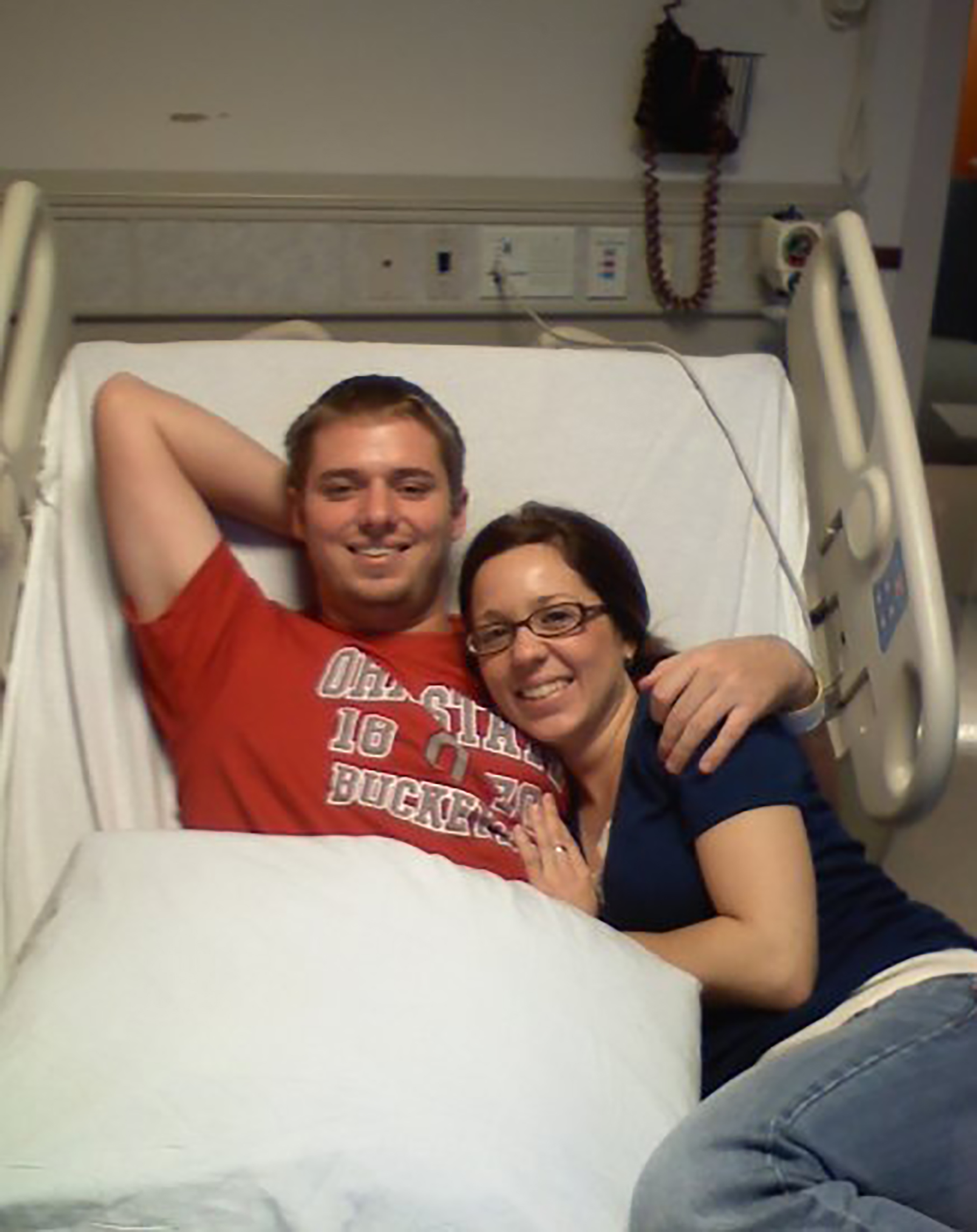 [Tricia] The surgery and Dr Cohen’s expertise really enabled us to have the family that we have today. We’ve been so super blessed to be able to just do the normal everyday things that people may take for granted, because at one time, we knew what that felt like to have that either taken away or have the threat of it being taken away. Looking back on that now, we’re just so thankful that we had Dr Cohen as that integral piece of the journey. [Tricia] I always wanted to be a writer, but God led me to the nursing profession instead. When we experienced all of this with Travis though, I decided that this was my opportunity to write a book. It really dawned on me that this situation is something that a lot of people go through, whether it’s an AVM in particular or another health crisis. I had a kind of unique spin because I was in the health care profession, so I had a testimony on what it was like to be a nurse and also to be a family member of someone who was going through a serious illness. 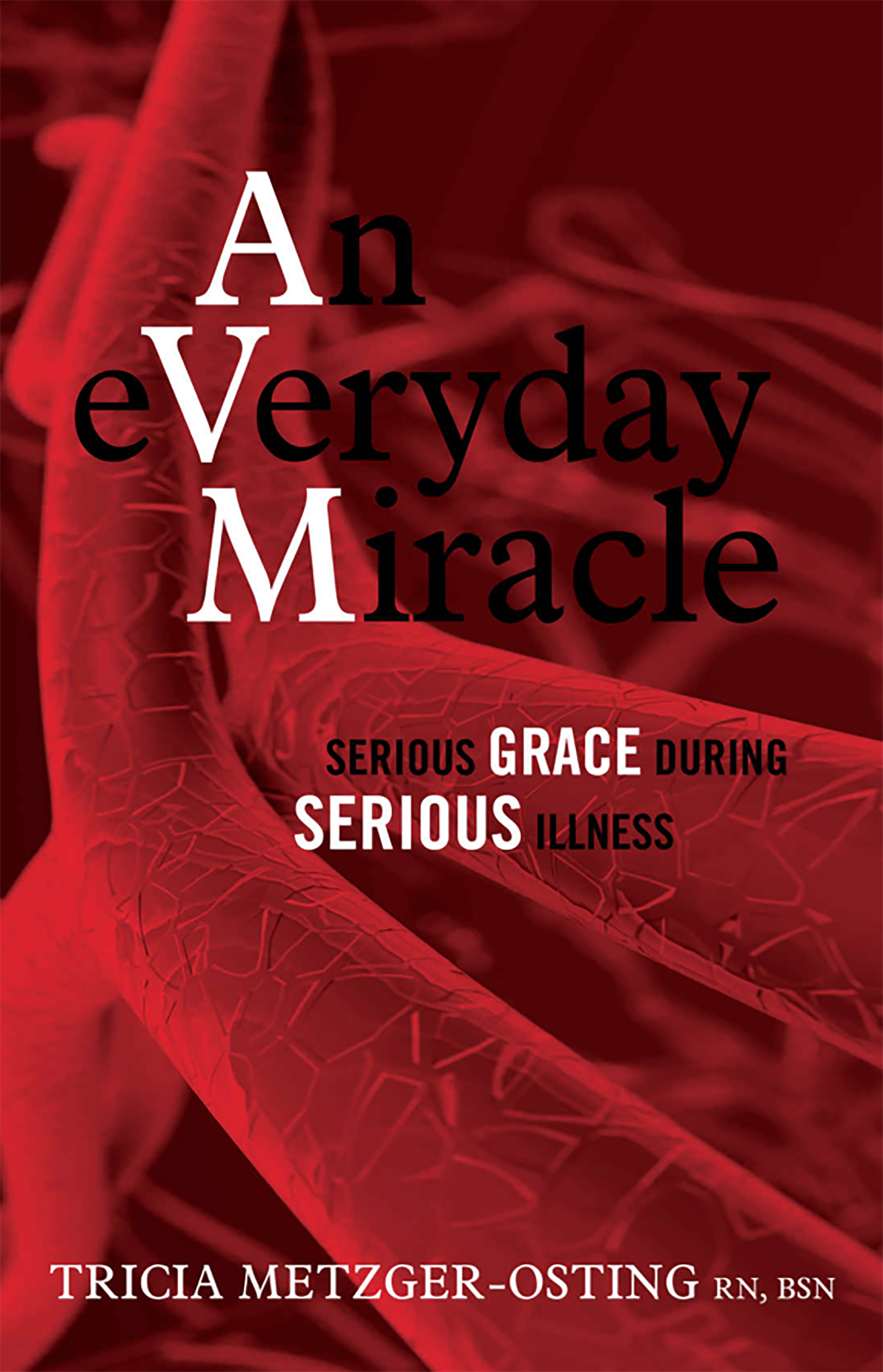 [Tricia] I decided to write the book mostly to help people have something hopeful during their journey as well. In the book, I talk about our journey and how God helped us through so many things. There were so many moments in our life at that time when He was there. Looking back on it now, it was very obvious the things that He led us to, and through, with the whole journey. The book is very descriptive of our struggles but also our triumphs.

[Travis] Most importantly, I thank Dr Cohen for giving me the opportunity to continue my life, to be able to raise a family, and be happily married. I own my own business, and I’m able to enjoy my work every day. It is quite overwhelming at times to think about it, but I owe Dr Cohen everything.