Cerebral Bypass Surgery: What the Patient Needs to Know

Cerebral bypass surgery is a procedure to restore blood flow to the brain by redirecting blood around blocked, narrowed, or damaged arteries. The operation uses a blood vessel from another part of the body or reroutes a donor artery from the scalp onto the brain. The arteries are surgically joined with sutures to supplement or replace blood flow in that area. Complications specific to cerebral bypass surgery include stroke due to manipulation of the blood vessels and temporary clamping of them during the procedure.

What Is Cerebral Bypass Surgery?

Cerebral bypass surgery is a procedure to restore blood flow to the brain by redirecting blood around blocked, narrowed, or damaged arteries. This can be performed to supplement blood flow when small arteries are narrowed (“low-flow” bypass) or replace blood flow when medium-to-large blood vessels need to be sacrificed during complex brain surgeries (“high-flow” bypass). 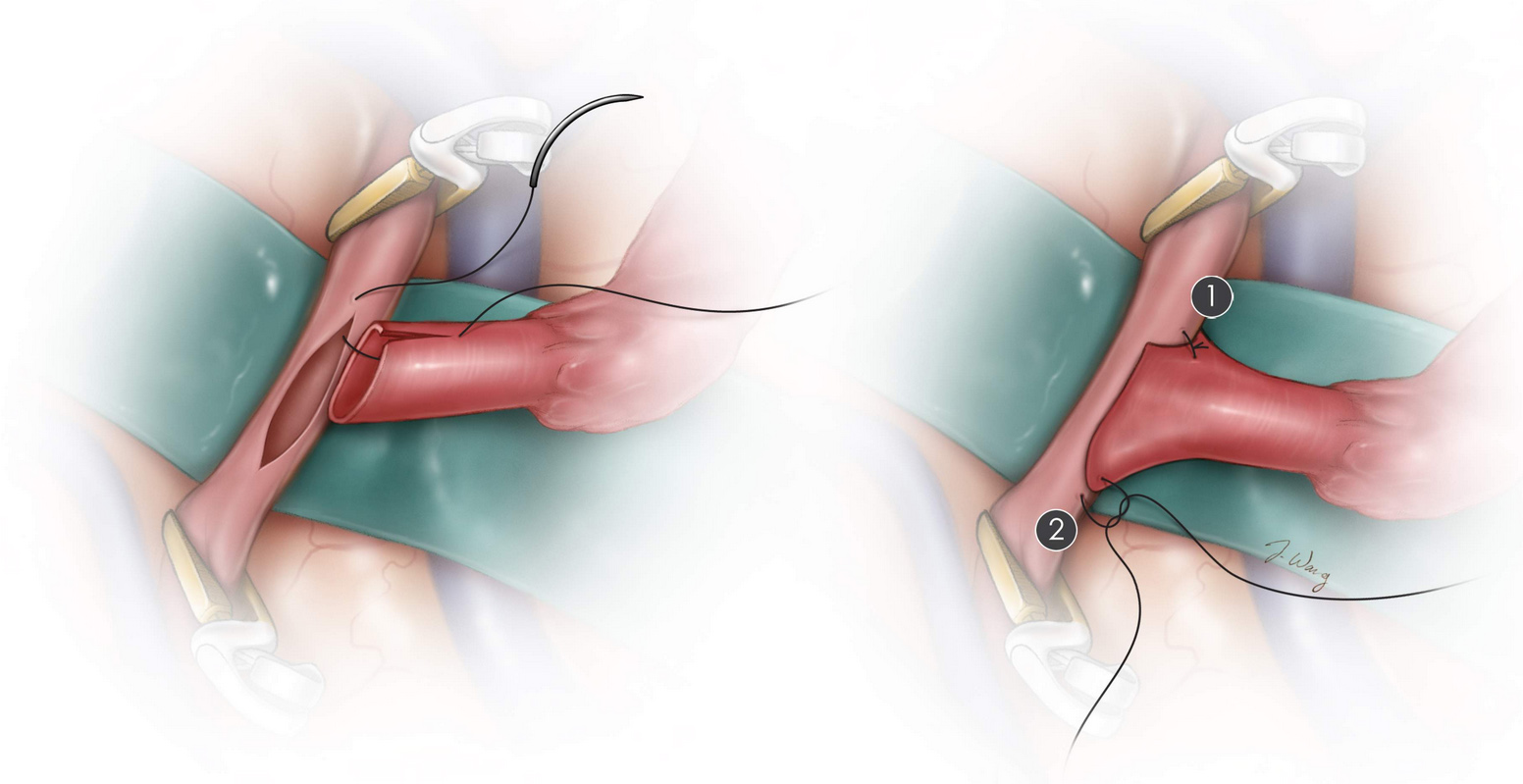 Figure 1. Cerebral bypass surgery involves joining the donor and recipient arteries together with sutures so that blood can bypass the blocked area and flow in adequate amounts to the brain.

When additional blood flow is needed, an artery from the scalp or face is detached from its normal position at its end, rerouted into the skull, and connected to an artery on the surface of the brain. This method is usually performed for diseases that cause narrowing of the arteries (for example, internal carotid artery stenosis or Moyamoya disease). It may also be used when the removal of complex aneurysms or tumors requires sacrifice of brain blood vessels during the operation.

When blood flow needs to be replaced, a piece of artery or vein is obtained from another part of the body (vessel graft). Usually, vessel grafts are taken from the saphenous vein in the leg or the radial artery in your nondominant arm. The graft is attached to the artery before and after the area of blockage to reroute blood. This may be performed when larger blood vessels must be sacrificed during complex aneurysm or tumor removal.

The superficial temporal artery (STA) to middle cerebral artery (MCA) bypass is the most widely used technique to supplement blood flow to the brain. The pulse that you feel when you place your hands on your temples comes from the STA. The STA supplies blood to the temples and scalp and divides into 2 branches. The larger branch is disconnected at its end and reattached to the MCA on the surface of the brain. Currently, STA–MCA bypasses can be used for the following:

In an STA–MCA bypass, an artery from outside the skull (STA) must be connected to an artery inside of the skull and on the brain (MCA). Thus, this is also called an extracranial–intracranial (EC-IC) bypass.

Cerebral bypass surgery is performed by a neurosurgeon who has specialized training in cerebrovascular surgery.

What Happens Before Cerebral Bypass Surgery?

If a cerebral bypass will be performed, the surgeon will explain what the procedure will entail along with its risks and its benefits. You will fill out consent forms and other paperwork to inform the surgeon of relevant medical history such as allergies, other medications you are taking, reactions to anesthesia, and any previous surgeries.

One week before surgery, nonsteroidal anti-inflammatory drugs (NSAIDs) such as ibuprofen (for example, Advil or Motrin), naproxen (for example, Aleve), or another prescribed NSAID as well as blood thinners such as warfarin (for example, Jantoven or Coumadin) and clopidogrel (for example, Plavix) should be stopped to decrease the risk of bleeding. This is not an all-inclusive list. Inform your physician of all medications and supplements that you are taking, and follow his or her recommendations.

Several days before surgery, a physical examination, blood tests, an electrocardiogram, chest X-rays, and other tests might be performed to ensure that your body can safely handle the surgery and that surgical scenarios (for example, bleeding) are properly prepared for. A baseline neurological examination is conducted and repeated after surgery.

On the night before or morning of the surgery, your physician might ask you to not eat or drink anything (fasting) to prevent vomiting while under general anesthesia. You might also be asked to shower or wash your hair with a special antiseptic shampoo, which helps to reduce the possibility of infection at the site of incision.

What Happens During Cerebral Bypass Surgery?

Cerebral bypass surgery can take 3 to 5 hours depending on your underlying condition. Steps for the commonly performed STA–MCA bypass are described below.

The patient is placed on the operating table and given general anesthesia. After the patient is asleep, a 3-pin skull clamp is connected to the table and the patient’s head to immobilize it during the procedure. A miniDoppler probe can detect the pulse of the artery and is used to mark the route of the STA and its branches.

Figure 2. While under general anesthesia, the patient’s head is positioned and immobilized with a 3-pin skull clamp. Using a miniDoppler probe, the route of the dominant STA branch is mapped (left) and the path of the incision is marked (right).

Blood pressure must be tightly controlled during the surgery. A needle with a blunt end (cannula) is inserted into an artery in the arm. This is connected to an electronic monitor that will constantly display blood pressure on a graph. A tube is placed in a large vein (central venous catheter) to quickly deliver blood, medications, or other fluids if needed.

The scalp is cut carefully and not too deeply along the incision line to preserve the artery. A branch of the STA is carefully dissected from its surroundings. 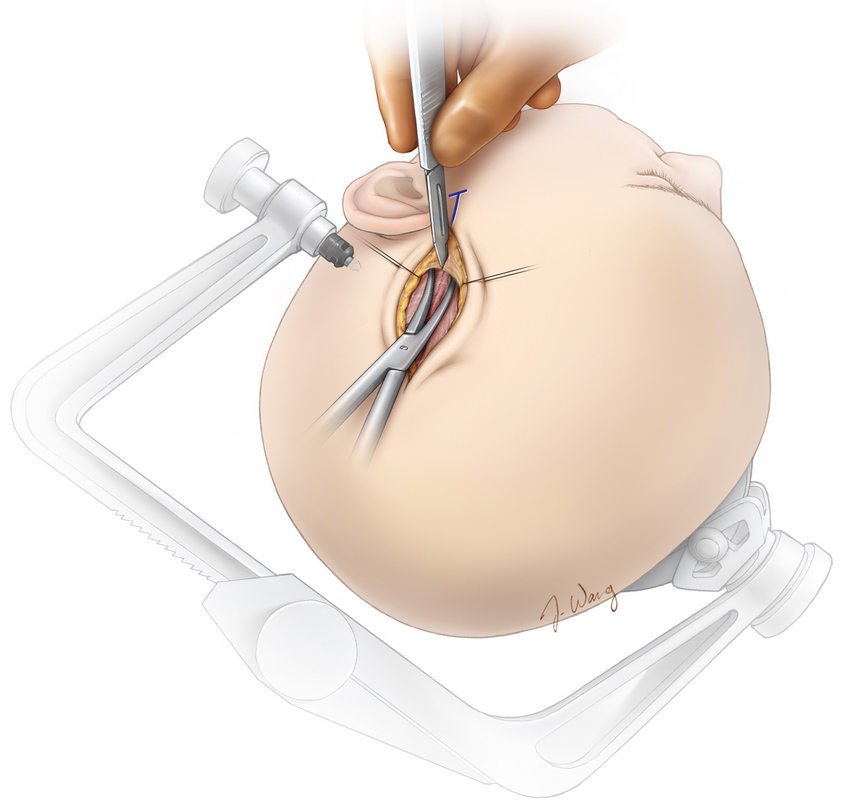 Figure 3. The surgeon carefully cuts into the scalp without injuring the STA branch. (Left) Curved forceps are used to dissect over the artery gently and bluntly. (Right) Sutures are used to retract the layers of the scalp.

A craniotomy is performed and an approximately 6-cm bone flap is elevated. The surgeon chooses the best MCA branch as the recipient artery based on its accessibility, diameter, and caliber. The length of the donor STA branch is measured to ensure that it can reach the recipient artery without tension. After the recipient artery is selected, the beginning of the STA is clamped using a temporary clip, and its end is cut obliquely, or “fish-mouthed,” to prepare it for surgical connection (anastomosis) with the MCA recipient branch. A diamond-shaped cut is made on the recipient MCA branch. 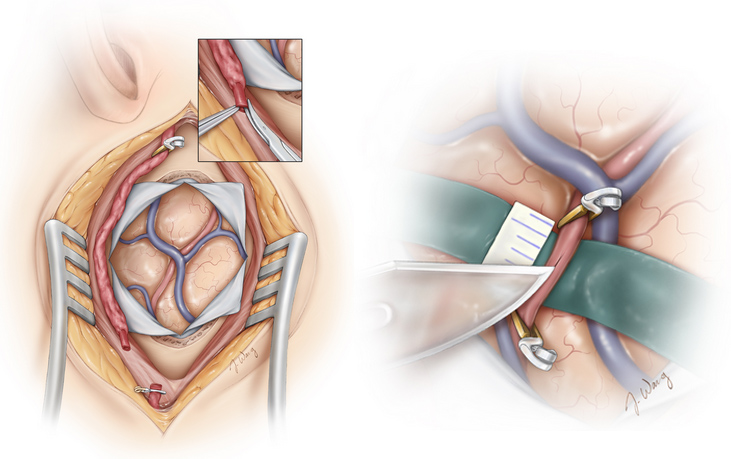 Figure 4. (Left) The beginning of the STA is clamped to ensure that blood does not flow out through the cut end. (Right) The MCA branch is also clamped on both sides to prevent blood from flowing through the artery while a diamond-shaped cut is made.

Figure 5. (Top) The initial sutures of the anastomosis are illustrated. (Bottom) The final product of the STA–MCA bypass is displayed.

Unlike a normal craniotomy closure, which completely sutures the dura back together and replaces the entire bone flap, closure after an STA–MCA bypass requires the presence of a small bony opening so that the STA branch can travel from the inner aspect of the scalp, through the bone, to the inside of the brain where the MCA resides. The bone flap with a small opening for the STA is reattached to the rest of the skull using small metal plates and screws.

What Happens After Cerebral Bypass Surgery?

Immediately after cerebral bypass surgery, you are taken to a recovery room where you are monitored as the anesthesia wears off. You may feel discomfort at the site of the incision and a sore throat from the tube that was used to assist your breathing. Once awake, you are taken to the intensive care unit (ICU) for further monitoring and pain control.

The pulse of the STA is monitored daily using a bedside microDoppler device, which checks if the connection between the STA and MCA is working. Aspirin is often started and continued indefinitely. Frequent neurologic exams are conducted. The medical staff may examine your pupils with a flashlight and ask you to move your arms and legs to check for signs of brain injury.

Once your condition has stabilized, you are transferred to the regular hospital ward. Getting out of bed and walking as tolerated is encouraged, and a physical therapist might be asked to work with you. Depending on the complexity of the operation, the total hospital stay is 1 to 2 days.

At home, you should follow the instructions provided by your surgeon. A follow-up appointment might be made in the next 1 to 2 weeks. Headaches that are described as pulsating or pounding are common and can persist for several months after surgery. In general, avoid high-intensity activities, keep the incision site clean, and take pain medicines as directed. Discuss when you can return to work with your physician. You might not be able to return to work for several weeks.

When to Call Your Doctor

What Are the Possible Complications?

Complications of cerebral bypass surgery can include general complications of surgery such as nausea and vomiting from anesthesia, pain at the craniotomy site, seizures, swelling and bruising of the face, infection, and bleeding. Stroke can occur due to the manipulation of arteries and temporary clipping of them during the operation or if the surgical connection between the arteries does not work properly.

Cerebral bypass surgery aims to provide additional blood flow or to replace blood flow to areas that are lacking adequate blood delivery in the brain. This helps to reduce the risk of strokes but does not cure the underlying condition. The effectiveness of cerebral bypass surgery depends on the quality of the donor vessel and the disease being treated.

Cerebral bypass surgery for patients with carotid artery occlusion is still controversial because several clinical trials have failed to show a clear benefit over medical management. However, a select subset of patients who have exhausted all other options might benefit from this procedure.

Cerebral bypass surgery for patients with moyamoya disease has been shown to provide clear benefit in several studies. Adults and older children with moyamoya disease are more likely to undergo and benefit from the STA–MCA procedure because they have larger vessels for anastomosis than younger children. As much as 91.8% of patients presenting with brief stroke-like attacks (transient ischemic attacks) were free of them 1 year later.

After cerebral bypass surgery, the long-term outcomes depend on taking medications as directed by your physician and living a healthy lifestyle by eating a healthy diet and exercising regularly.

Bone flap—section of bone temporarily removed during a craniotomy

Dura mater—outermost covering of the brain

Cannula—needle with a blunted end

Seizure—sudden burst of abnormal electrical activity in the brain that leads to uncontrollable spasms, twitching, or jerking