Brain Metastasis: What the Patient Needs to Know

A brain metastasis is a tumor that originates from a primary tumor in another part of the body and not the brain. Most brain metastases arise from lung, breast, and colorectal cancer, melanoma, and renal cell carcinoma. Treatment options include radiation, surgery, medications, and sometimes chemotherapy. The median survival time ranges from 3 to 11 months and varies on the basis of the patient’s age, the extent of control of the primary disease, and the presence of tumors elsewhere in the body.

What Is a Brain Metastasis?

A brain metastasis is a tumor that originates from a primary tumor in another part of the body that spreads (metastasizes) through the blood to later involve the brain. Most brain metastases arise from lung, breast, and colorectal cancer, melanoma (a type of skin cancer), and renal cell carcinoma (a type of kidney cancer). 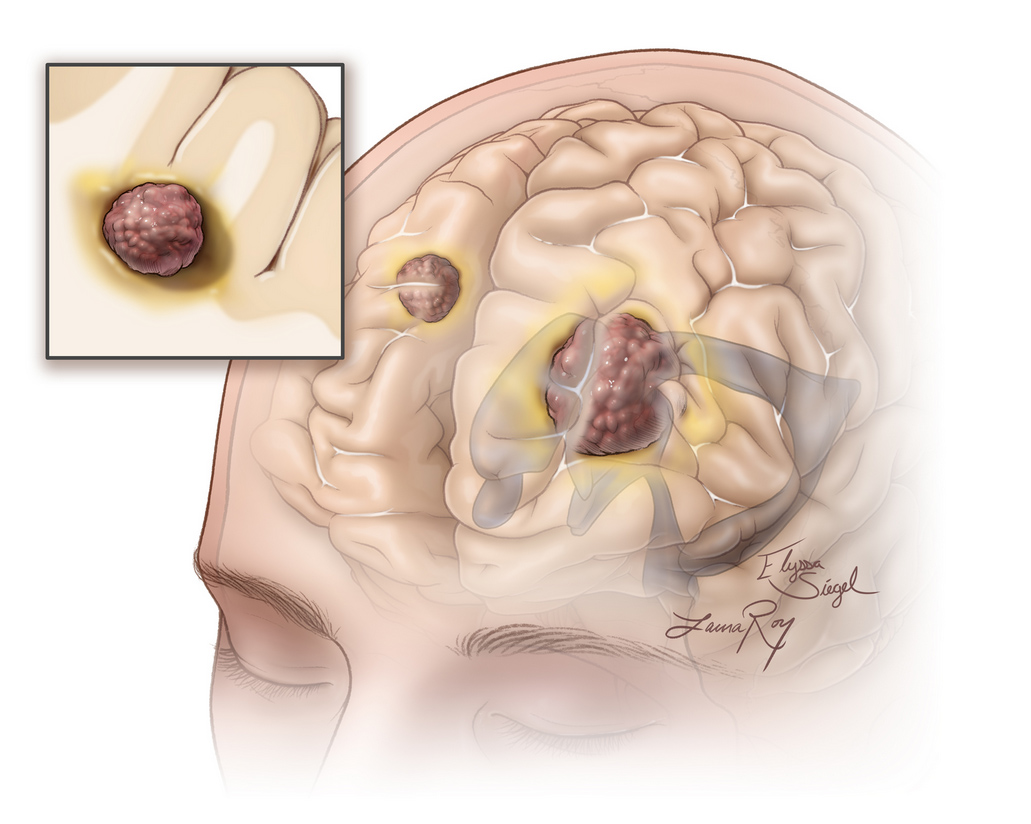 The symptoms of a brain metastasis are highly variable and range from no symptoms at all to severe neurological problems. Patients with symptoms typically have headaches, seizures, and/or specific neurological problems corresponding to the area of the brain affected (for example, speech, vision, or hearing problems).

Brain metastases are thought to be caused by the spread of tumor cells through the blood and then to the brain. The tumor cells act like seeds that grow in areas of the brain with sufficient oxygen and nutrients. As time goes on, the tumor cells interact with nearby tissues to promote their own growth (for example, signal the production of new blood vessels to receive more nutrients). Just as some seeds grow better in a certain type of soil, some tumor cells (for example, from lung cancer) grow better in the environment of the brain than in other tissues.

Brain metastases are usually diagnosed by magnetic resonance imaging (MRI). The presence of multiple tumors on MRI highly suggests that a tumor elsewhere in the body has spread to the brain. Further imaging might be performed to determine the site of the original tumor, including computed tomography (CT) of the chest, abdomen, and pelvis and positron emission tomography (PET) for certain tumor subtypes.

Figure 2. MRI of a patient who presented with lower-limb weakness and was diagnosed with brain metastases (lighter-colored round shapes in the left and right images). Intense accumulation of brain edema/swelling (middle) is characteristic.

Brain metastases can be treated by a combination of medications, radiation, chemotherapy, and surgery. The most appropriate treatment depends on the number, size, and location of the brain metastases, the primary tumor type, and the patient’s current condition, including the status of the tumors in the rest of the body. Newer targeted and immunotherapies are currently under active research. Talk to your physician about available options.

Patients might be placed on medications to control the side effects of the brain metastasis, which will alleviate neurologic symptoms but will not remove the tumor. Steroids to reduce brain swelling, antiepileptic drugs for seizures, and anticoagulation therapy to prevent the formation of blood clots might be used.

Radiation is another option for treating brain metastases. There are multiple ways to deliver this treatment. One option is radiosurgery, in which a large dose of radiation is aimed at the tumor. Another way is whole-brain radiotherapy (WBRT), in which radiation is delivered to the entire brain to treat potential tumors that are too small to be seen with MRI.

In radiosurgery, hundreds of small, concentrated beams of radiation are aimed at the tumor using 1 of the 3 radiosurgical devices: the Gamma Knife, Cyber Knife, or Novalis. The procedure itself takes 30 to 50 minutes, and the patient can be placed in a stereotactic headframe on the day of the procedure, which stabilizes the patient’s head and allows the treatment team to calibrate the machine to the patient’s head and tumor.

WBRT is often used for patients with multiple brain metastases, poorly controlled disease spread throughout the body, and after surgery or radiosurgery. WBRT delivers radiation to the entire brain in 10 fractions over the course of 2 weeks.

It is important to note that radiation therapy does not remove the tumor. It can, in some cases, cause the tumor to shrink. The main goal of radiation is to stop the growth of the tumor. As a result, the patient must undergo frequent MRI to check for any new growth.

Traditional chemotherapy agents have limited effectiveness for brain tumors because of the tight and relatively impenetrable blood–brain barrier. Only small uncharged compounds can pass through this barrier, making it difficult for many drugs to reach a tumor within the brain. However, patients with a brain metastasis originating from a tumor that is highly sensitive to chemotherapy might consider this as a treatment option.

Surgery is usually considered when 1 or 2 metastatic brain tumors are found, they are not effectively treated with radiation, and the disease affecting other parts of the body is under control. Surgery can also be performed for diagnosis when the primary tumor cannot be found. The decision to proceed with surgery is based on the overall life expectancy of the patient and if surgery will change the course of the disease.

The location of the tumor determines the surgical technique for its removal. The goal is to remove as much tumor as possible. The surgeon performs a craniotomy and might remove a few centimeters of brain tissue around the tumor to decrease the risk of recurrence. Sometimes, the tumor encases vital blood vessels, and a small piece of tumor is left behind to prevent neurologic problems after surgery. 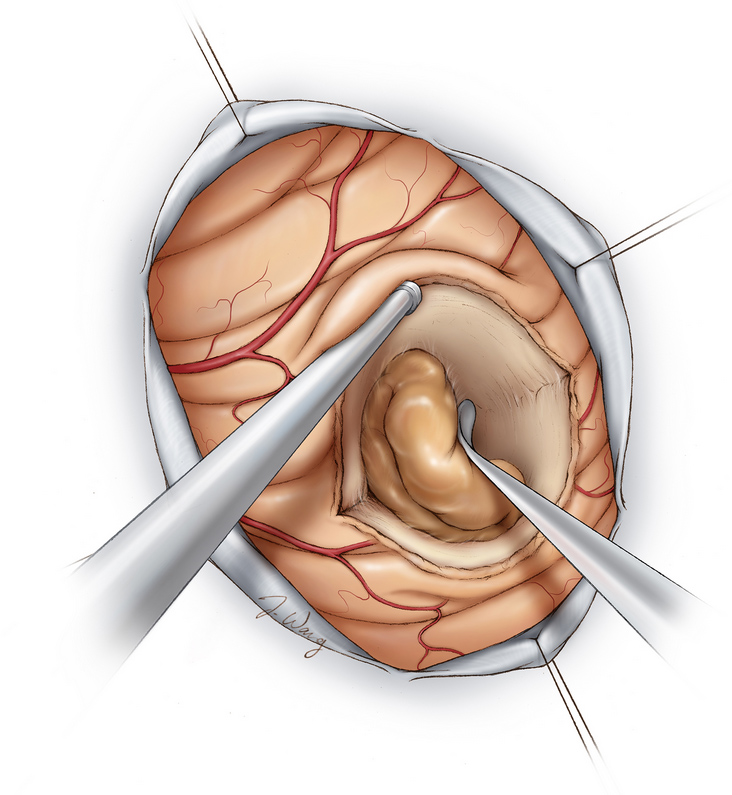 Figure 3. The tumor is peeled away from surrounding brain tissue and then removed all at the same time.

Accumulation of fluid in the brain (cerebral edema) is a particular concern after surgery. Steroids are used to relieve this complication, and the dose is gradually reduced while the patient recovers.

The median survival time for patients with brain metastasis ranges from 3 to 11 months. The length of survival depends on the patient’s age, the extent that the primary disease is under control, and the presence of tumors elsewhere in the body. Research in this area is being actively conducted to improve future outcomes for patients suffering from brain metastases.

Cerebral edema—accumulation of fluid in the brain

Metastasization—spreading of a cancer to other parts of the body